While it was unfortunate that the 2021 Australian Fishing Trade Association’s (AFTA) trade show was yet again cancelled due to Covid, the plus side for Hooked Up is the fact we have been able to get samples of new product sent through to us much earlier than usual. A case in point is a heap of new products from Shimano’s new 21/22 range. Shimano sent down several different rod and reel models and the two we have focused on first are the new TCurve Premium rod range and the new Shimano Sustain. 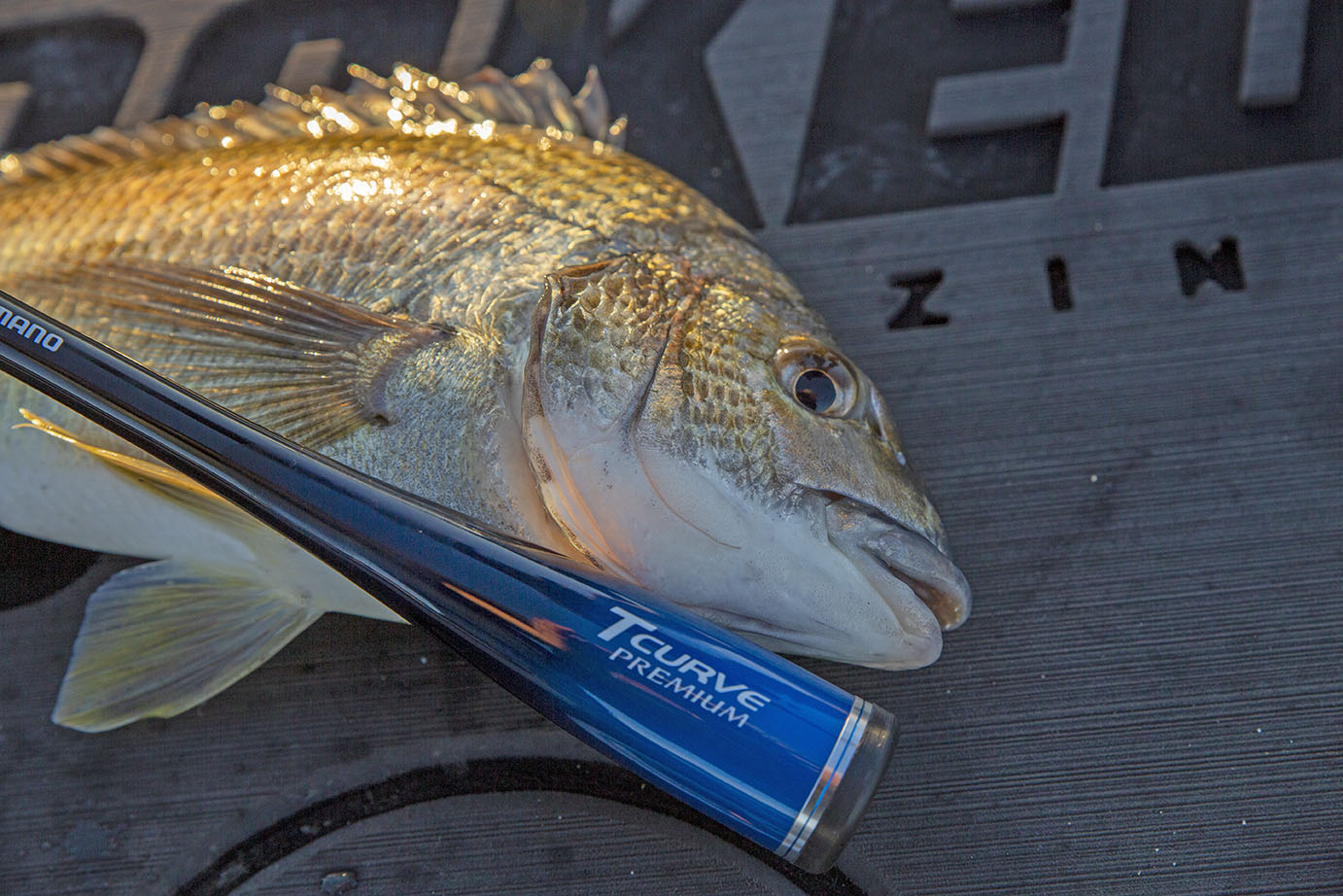 We were sent three light TCurve Premium models: the 610 (1-3kg), 702 (2-5kg) and 722 (2-4kg); and the Sustain C3000HG (C stands for Compact – a 2500 size body with a 3000 size spool). Both the Sustain and TCurve sit in the $400-$500 price range and with it being winter in Victoria and this being ultra-light to light gear, the only available species worthy of these products were bream and estuary perch. I got word from regular Hooked Up contributor Sam Leys that Bemm River was fishing well so we headed to one of our favourite East Gippsland systems to test out a bunch of new gear for a couple of days. 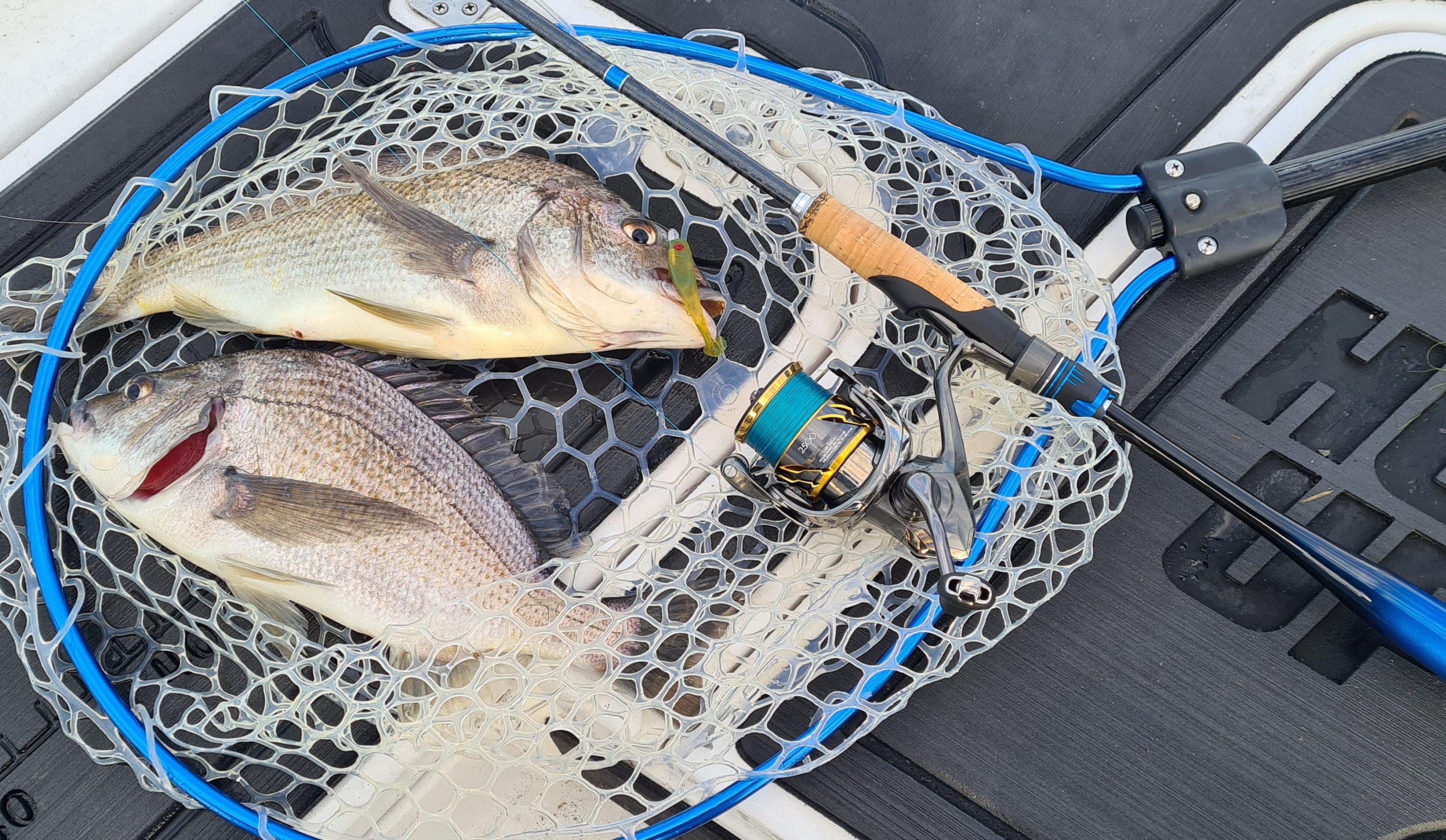 All the models we had for review split between the stripper guide and reel seat, which prevents the ferrule from interfering with blank action or the guide train and is a great feature. This range uses Shimano’s X5 blanks, which have an amazing-looking carbon weave, are sensitive, crisp and – in the case of the three rods we had on offer – possess a fast action. Each model is fitted with Fuji K Stainless SIC guides, premium cork and a striking metallic blue and black colour scheme across the bindings and checks. Aesthetically I don’t believe many would have an issue with the design, and since Shimano has revealed them to the public the response has been enthusiastic to say the least. 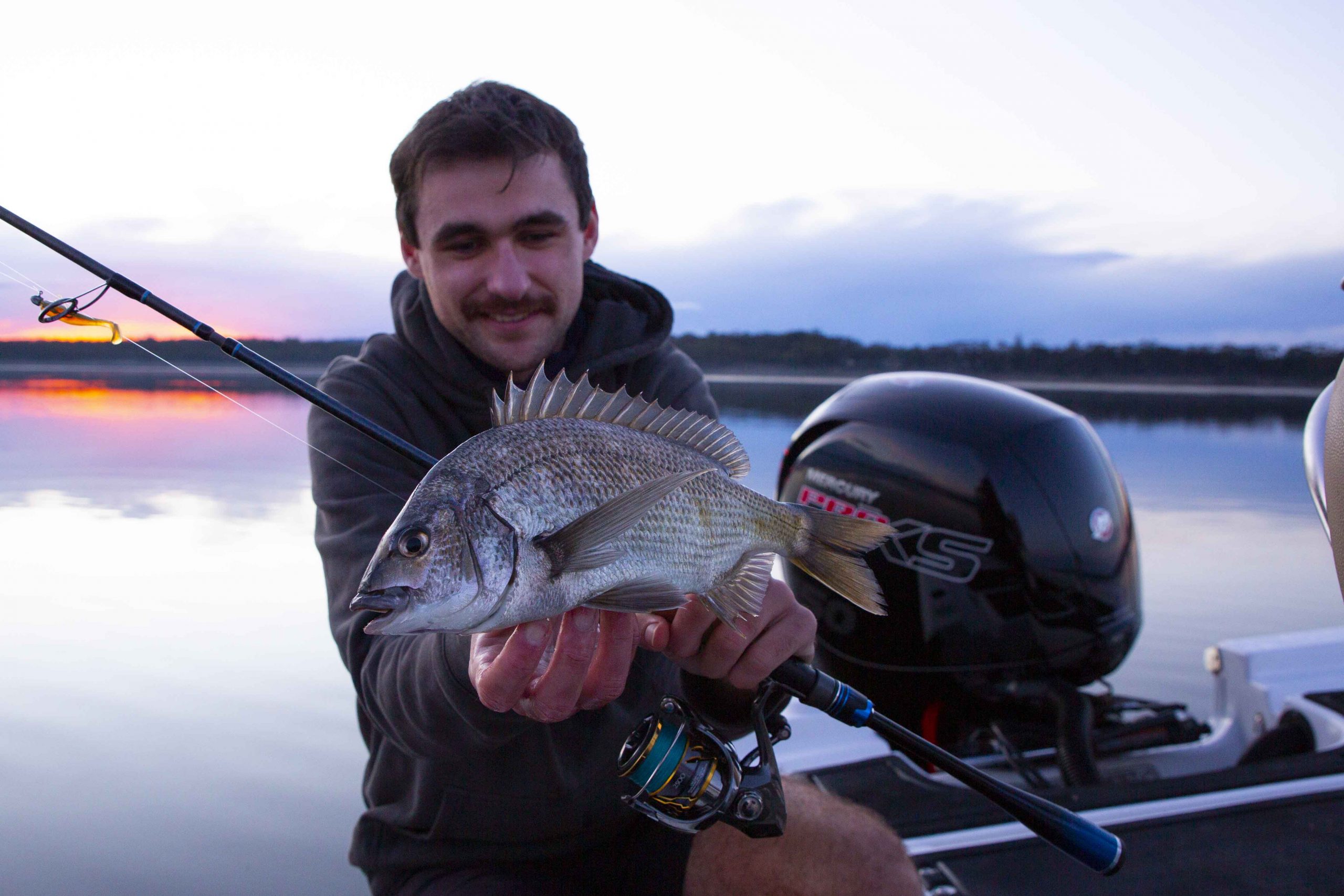 These aren’t delicate rods; the blanks and guides are relatively robust for the weight class (less so on the 2-5kg). They’re not thin blanks with micro guides and delicate appointments but they still present a finessed feel. This suits what I have always believed to be the true ethos and traditional idea of TCurve; they’re rods for catching big fish relative to their weight class. If you’re looking for a rod that can present and control light offerings but extract the bigger fish in the system, this is what you’re after.

The first and most dramatic thing anyone will note about this range is the single piece carbon butt, which is a design you may be familiar with from the Zodias and Poison Adrena ranges; this is very similar but not identical. It’s a unique design that has pushed rod butt design into the future. It looks amazing and from a functional and practical point of view enhances sensitivity and allows for double-handed casting when you want that extra distance across a flat or open body of water.

Using the 722 (2-4kg) first, we found good schools of fish on Side Imaging in the main basin and I wanted something that would offer long casting distance with soft plastics on 1/12th jig heads. The 722 is a plastics rod through and through that also offers versatility for different lures and species. It commands light lures on the cast and offers full control over them on the retrieve, thanks to a taper that’s stiff in the top end with enough suppleness to impart any desired action. My first cast saw my line tick after a few shakes of the little paddle tail I had cast out and the fast action set the hook with ease. I caught another three or four bream before the bite died off suddenly and we moved spots. The 722 is just as comfortable with 65mm crankbaits and you can really punch them out good distances with that slightly longer carbon butt. 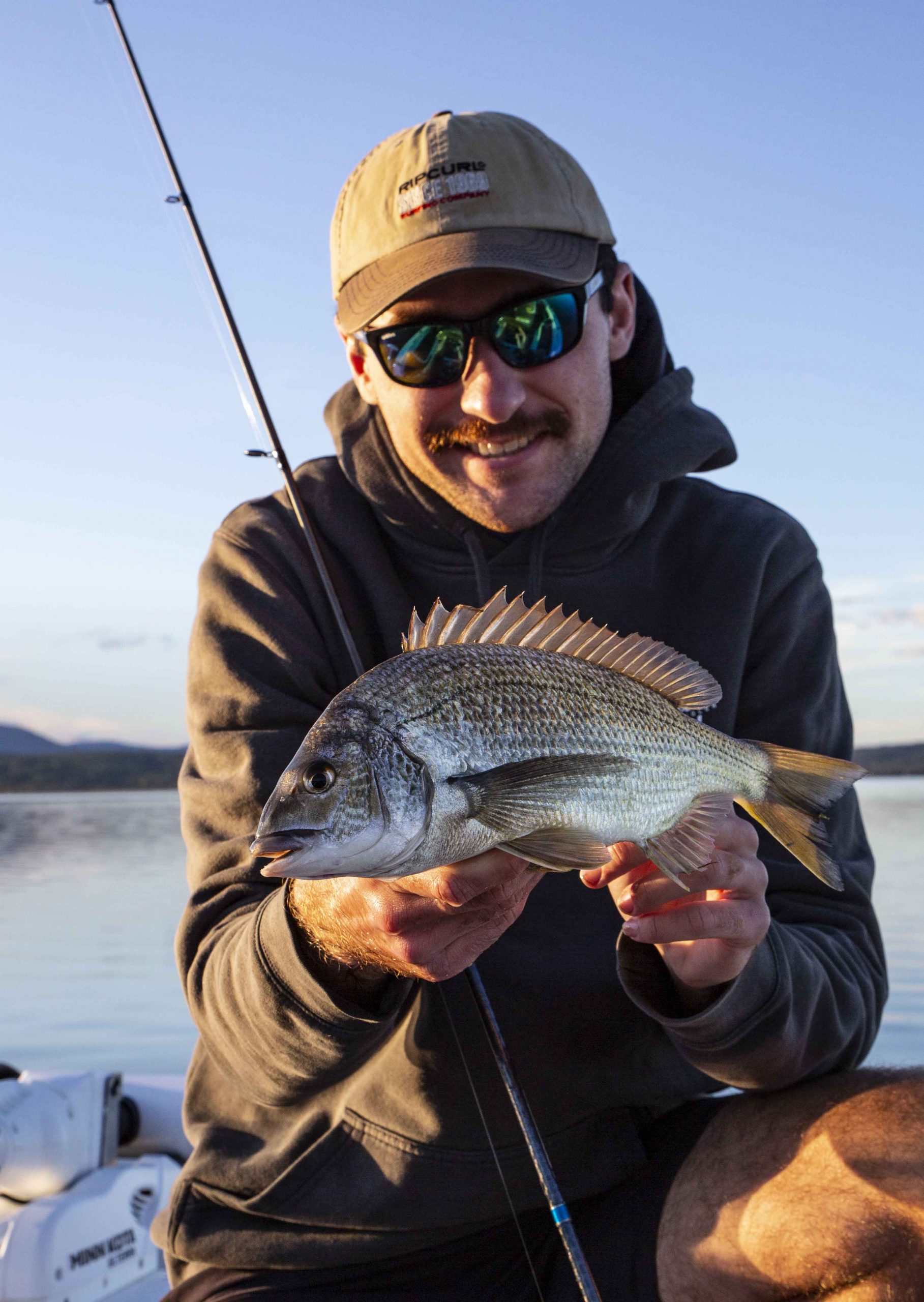 After lunch we moved further toward the mouth, where the water was much clearer thanks to the mouth being open, and we could see the bream sitting behind the weed line on the edges. Sam grabbed the 702 (2-5kg) model and tied on a Bent Minnow. We had to hang back a fair way to avoid spooking the fish and the rod had no problems casting the lure far enough to get the fishes’ attention. Sam can work a Bent Minnow like no one else, retrieving it painfully slowly with only the slightest of twitches, and never letting it break the surface. You need a good rod that has the sensitivity and suppleness in the tip to work lures in this manner and he was really impressed with the control the TCurve offered. The fast action allowed him to quickly set the hooks on the very finicky bite and muscle the fish out of the weed line to the net. It was a real treat to just kick back and control the Minn Kota and watch the bream in gin-clear water home in on the lure and strike. Sam pulled in five good bream from a short 50m stretch before the fish went off the bite. We went on to catch a few more bream in the lake before calling it quits for the day. 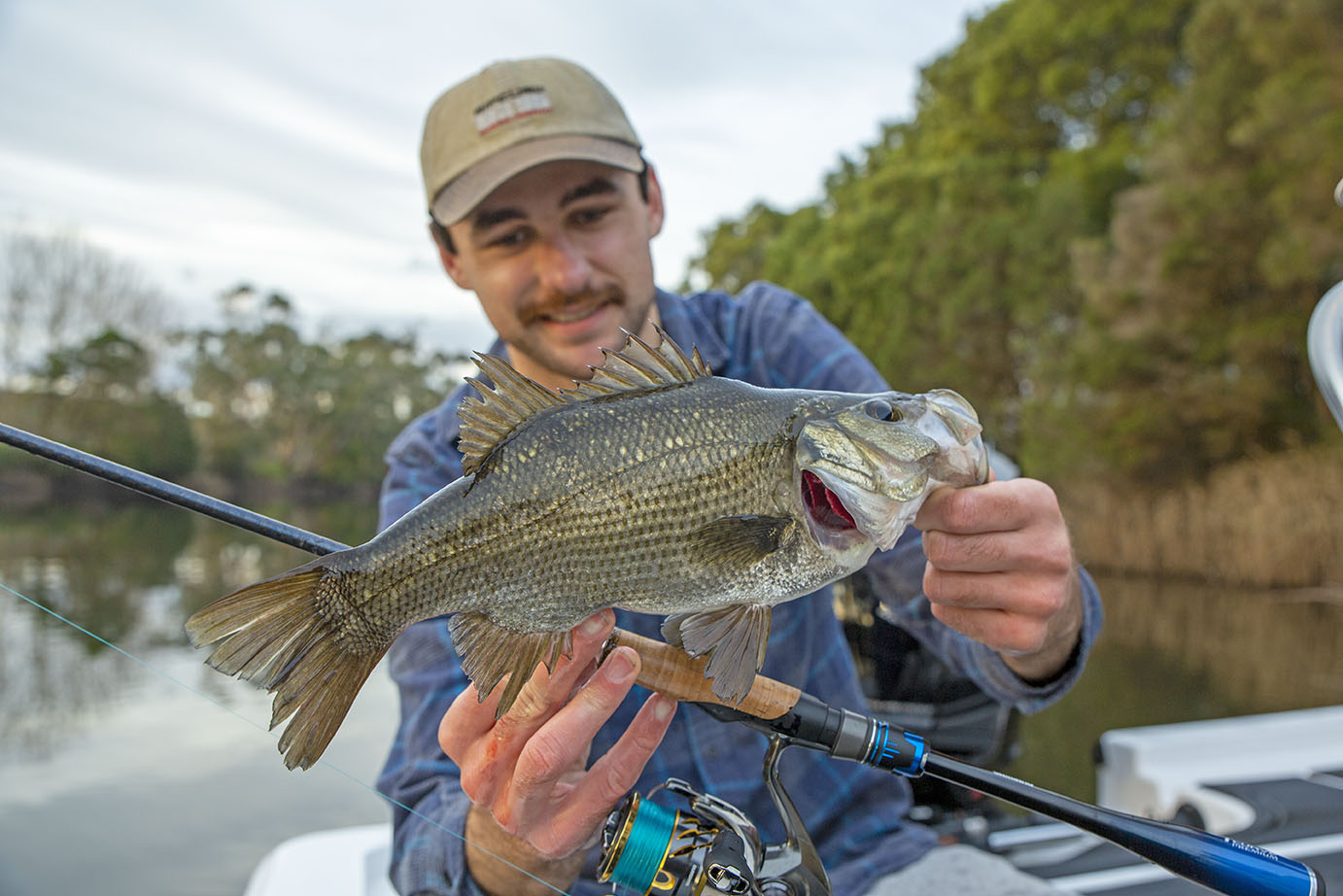 The next day we moved to the upper part of the lake toward the mouth, where the goal was to get a few bream in the morning then carefully navigate our way through the very shallow and thickly weeded entrance to the river to target estuary perch. I opted to use the 610 (1-3kg) while working lightly weighted grubs in the shallows. The 610 is a great rod for this style of fishing but would be just as comfortable working jerkbaits in a trout stream. Like the other two models it’s a powerful rod with a fast action that loads beautifully through the taper. The bream had shown us that the TCurve was a highly capable rod when it came to casting and retrieving light offerings and controlling fish, but these were all average-sized bream up top the 35cm mark and we hadn’t yet tested what these rods could really do. If anything was going to put them to the test, it was the bream and EPs that inhabit the extremely nasty snags of Bemm River. 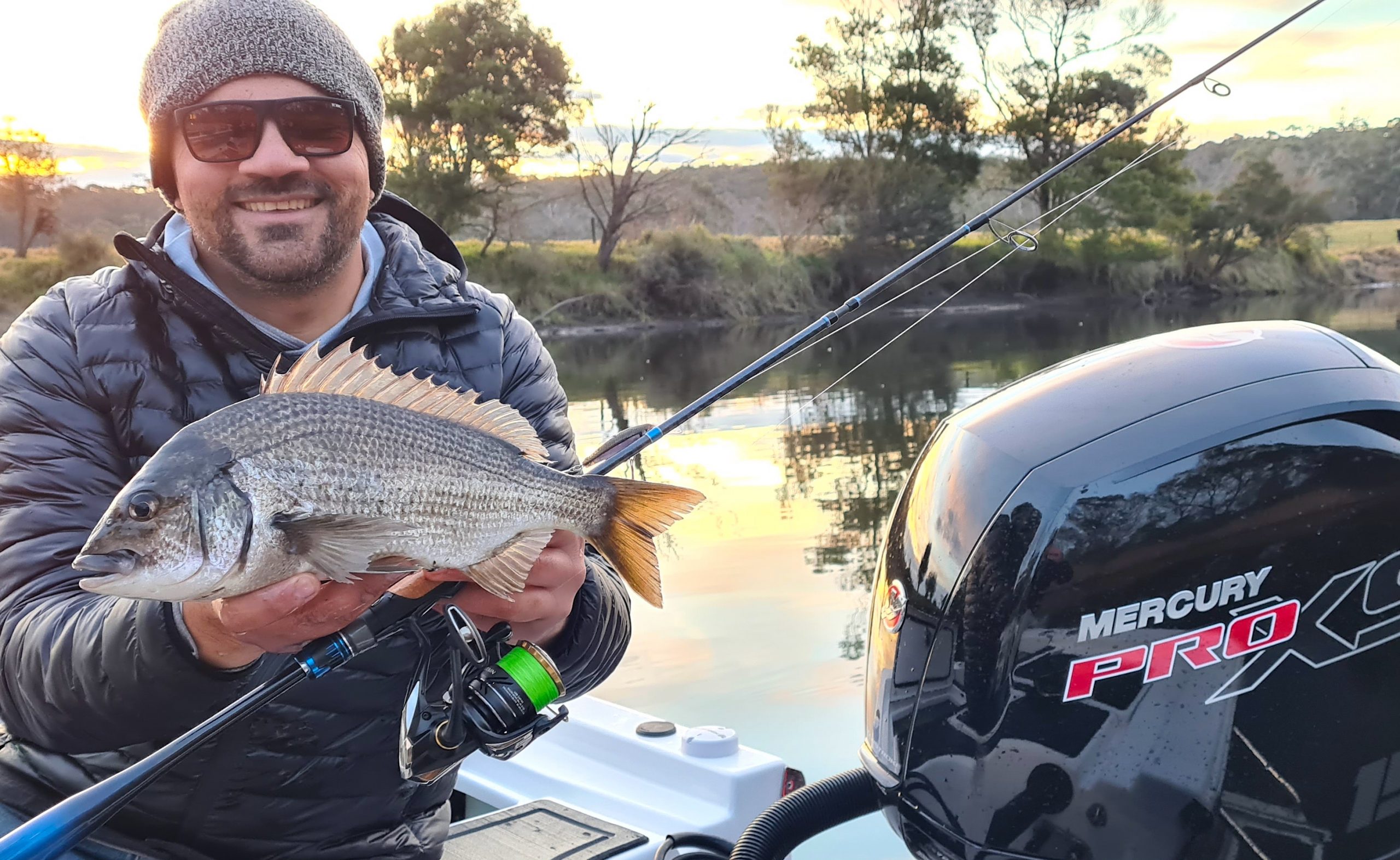 After moving up the river and targeting larger fish in heavy structure we were able to out some better loads on the 702 and 722 while stopping some larger bream and EP from breaking us off. The TCurves showed they have a lot of power in the lower third and retain it through the whole drag curve. The only slight negative we found, once in the close confines of the river casting at banks and structure, was that the longer carbon butt could be a slight hindrance to one-handed close-quarters casting where you’re flipping and backhanding casts. Aside from that, any angler in the market for a new inshore rod should look into them. 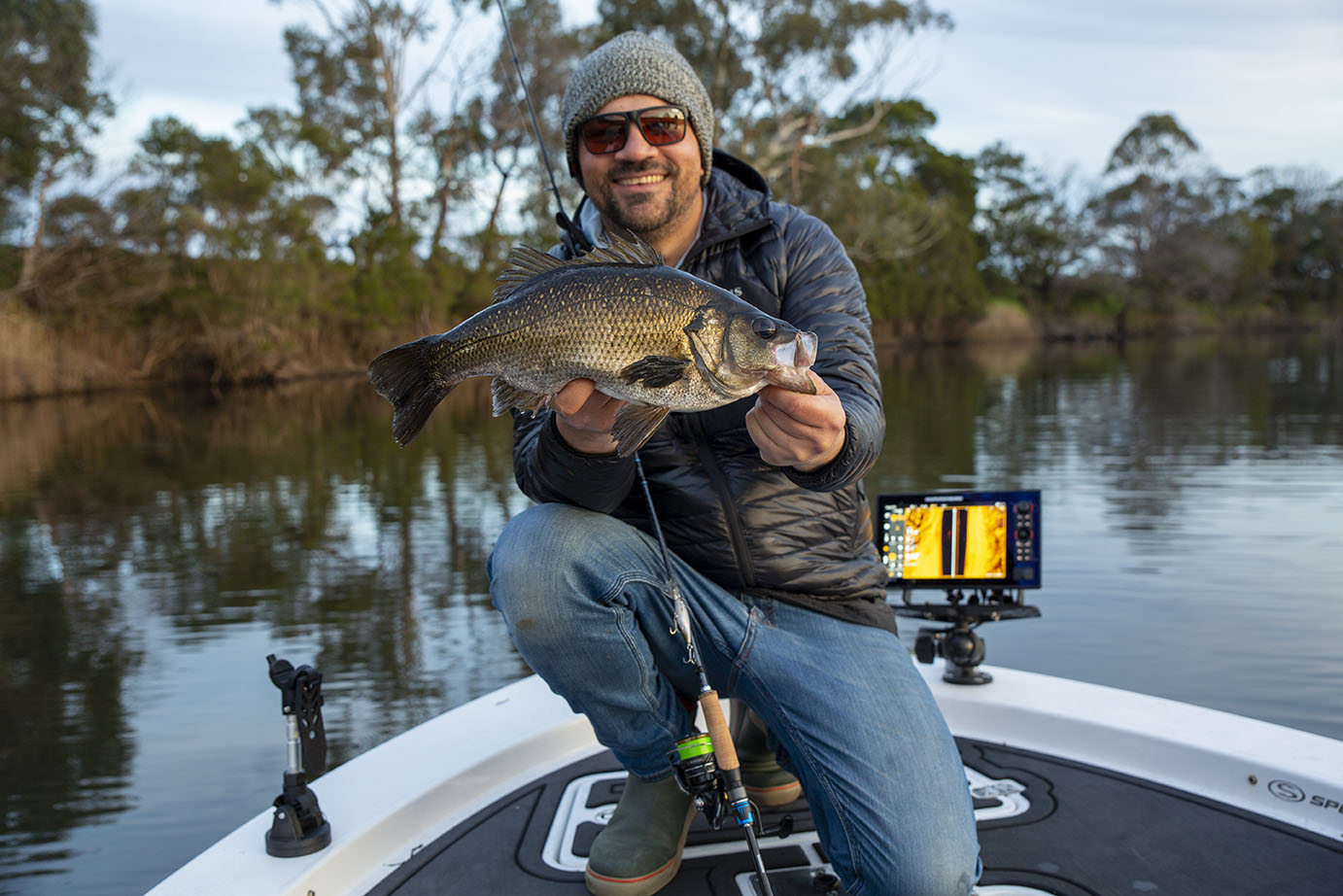