Despite the enormous variety of fantastic saltwater and freshwater angling options around our great country, fishing for bream with bait, lure or fly stands out as perhaps the most popular of all. The distribution of bream around Australia’s coastal fringe means they’re accessible to the majority of the population. 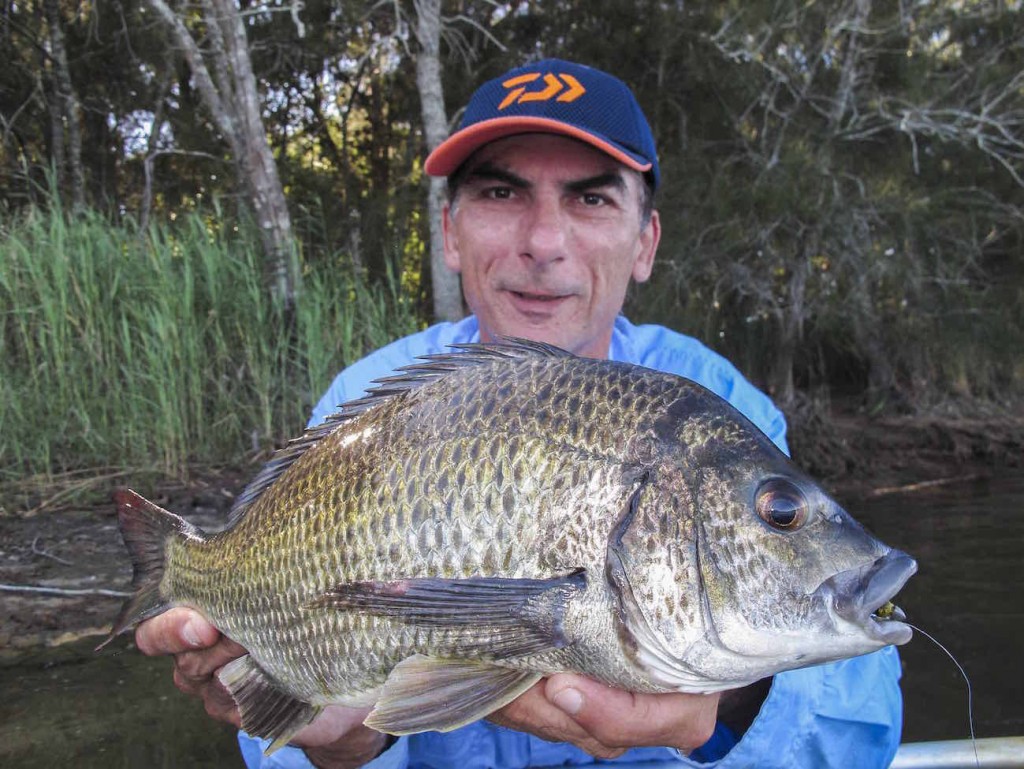 Other popular or iconic species, from barra to cod or mackerel to marlin, just aren’t as widely available or easy to find as bream. However, the humble bream still represents a challenge, particularly when it comes to pinning a big one or consistently catching them in numbers. As bream grow older and bigger, they also become harder to fool, which is perhaps why our tackle companies have such a wide range of rods, reels, lines and lures predominantly aimed at this species.

The evolution of lure casting for bream has been of particular interest to me over the years. Since the early 1970s I’ve lived and fished around waterways where bream are the dominant angling species. So I’ve not only chased bream a hell of a lot over the past five decades, I’ve also seen countless other anglers out there targeting bream and observed all the developments that have come and gone.

One distinct thing that’s happened, especially in recent years, is a major focus on tackle and technology. Fishing gear used to be very basic compared with what’s available these days, and there’s also vastly more choice of anything from line and lures to fishing vessels and electronics.

This is all definitely advantageous when it comes to chasing bream, or any other species for that matter. However, with so much emphasis placed on these tools of the trade, often spurred on by social media and marketing, the general angling mindset has also become less aware of what is perhaps far more important to achieving successful angling results. 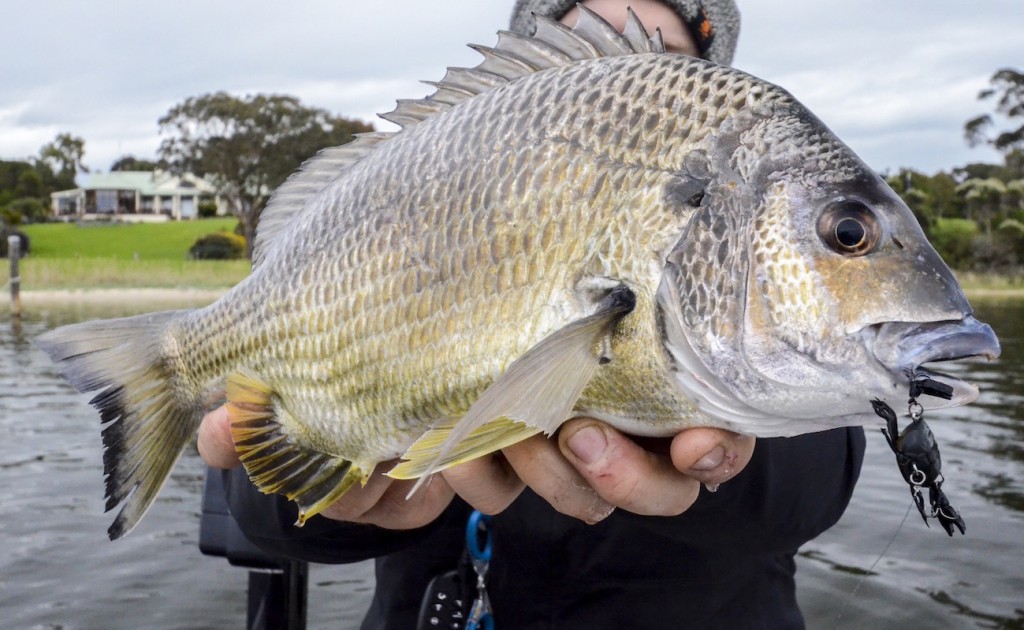 NATURE’S WAY
Our high-tech world is at the opposite end of the spectrum to the way the natural world has existed for many thousands of years. Bream are part of that world so it makes sense that to understand their behaviour, movements and feeding preferences we need to focus on nature’s ways.

The latest sounder may help provide some clues with things like bottom structure, water temperature or fish aggregations, but simply dipping your toe in the water and looking around the shoreline for fish or bird activity, cloud formations and wind direction may in fact be a lot more beneficial.

A new breed of expensive and elaborate-looking Japanese lures could look amazing to us and give the impression that by using them we’ll fool even the smartest of bream with ease. In truth, some beaten-up old cheap lures could be 10 times more effective if they’re used by someone who’s more concerned with retrieve techniques, barometric pressure and moon phase. In other words, it’s not so much the lure, more the angler who is responsible for fooling the fish. 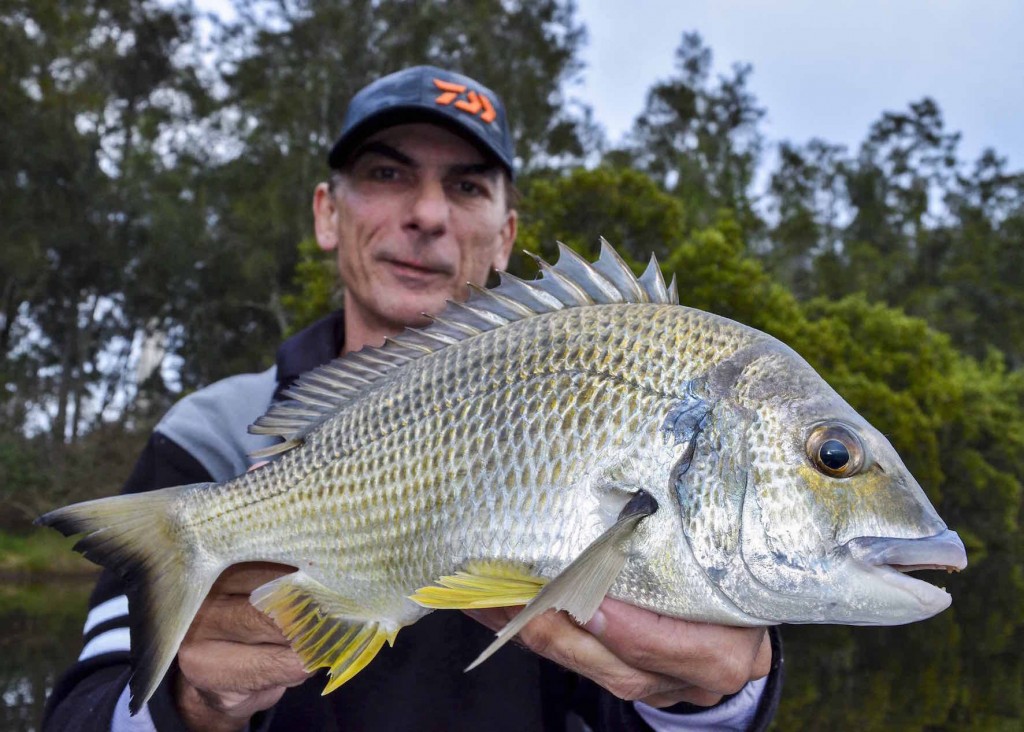 CRITICAL FACTORS
So let’s for a minute ignore our elaborate world of high-tech gadgetry and take a closer look at some things which may contribute a lot more to successful bream fishing. It may seem boring, as there isn’t anything bright, bold or colourful to look at, purchase or play with, but those fancy toys will end up getting more of a work-out in the long run.

The weather is irrefutably tied in with fish behaviour, regardless of species, location or time of year. So to become a better angler it makes sense to firstly increase one’s knowledge of weather patterns and their effects on fish and their environment.

Hot and cold, dry or wet, windy or calm are some of the main weather variables we encounter and this is all very basic and obvious. Colder weather causes water temperatures to fall and this could then mean fish movements or activity levels change as well. Hotter weather does the same, in different ways.

Bream that are used to living in a relatively warm environment like a Gold Coast canal may shut right down if a sudden and severe cold snap moves through during autumn or winter. However, bream living in Tassie or Victoria dwell in cooler waters, so the same cold snap may have little or no effect on them. When it heats up in spring and summer those bream in northern regions may also spark up a lot more than their southern cousins. Just being aware of simple things like this helps us work out when to fish or not and what techniques may be more appropriate.

Prolonged dry periods or drought may influence bream to move further upstream or downstream, depending on the specific waterway, season or whether they’re southern black or northern yellowfin bream. Decent rainfall or flooding could also encourage bream to move into completely different areas: upstream, downstream, deeper in the water column or even swim out to sea.

A very generalised guideline is that heavy rainfall influences bream to move deeper and downstream, whereas extended dry periods could have them pushing further upstream. Because of such variation in locations and the differences between black and yellowfin bream, sometimes their movements could be exactly the opposite of that rough generalisation. This is where experience and local knowledge come into play. The only way to deal with that aspect is to get out there and put in as many fishing hours as possible!

A much less noticeable weather feature is barometric pressure. Generally speaking, as a high-pressure system moves over your part of the country, barometric pressure rises and as it moves further to the east pressure begins to fall. So, accompanying winds with a rising barometer tend to be from the south, south-east or south-west. As the high moves away and pressure falls, winds come from the north-east, north and north-west. 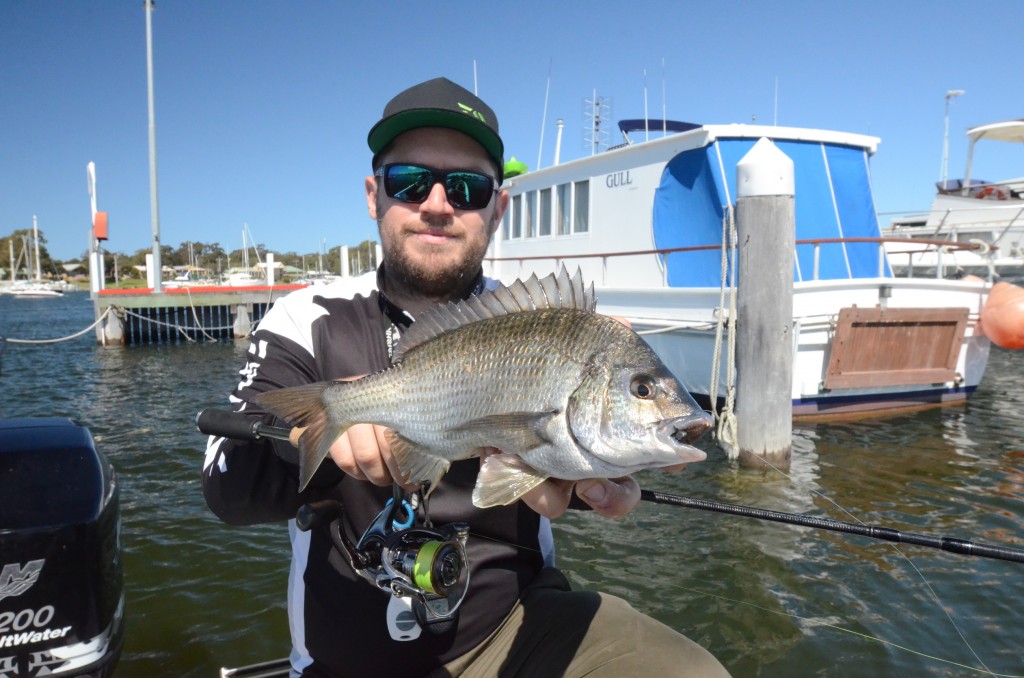 At the very end of the system, pressure can be quite low and winds are more likely to come from the north-west. This period lasts until a new system moves over, which may be in the form of a southerly front or new high-pressure system. At this time it’s very common for bream to sulk and in some cases switch off entirely, so they’re almost uncatchable. As soon as the southerly hits or next high makes its presence felt, the pressure rises again, making bream happy and hungry.

As with anything do to with weather impacting on fish behaviour, this is only a basic generalisation. Way too many other factors come into play for things to be 100 per cent clear-cut. However, a greater awareness of weather patterns, wind direction and barometric pressure means you’re able to time outings better and fine-tune techniques to suit conditions.

Moon phases also influence tides, weather and fish behaviour. Perhaps the most noticeable effect is that greater water movement or larger tidal variation occurs closer to the full and new moon periods. Small tides or less water movement occur around the first or last quarter of the lunar cycle. When we think of the old adage ‘no run, no fun’, it may make sense that better fishing could occur around the new or full moon, with more water movement or current flow. Once again, though, that’s only a rough overview.

The amount of moonlight is an often overlooked yet important consideration. On most nights of the month there isn’t much light around, but in the days leading up to and immediately after a full moon the light can be quite intense. This can make some fish rather wary and the calmer the weather or clearer the water and sky, the more skittish bream become.

This adverse effect on bream is most noticeable right on the full moon and the first few mornings afterwards. This is largely because the extreme brightness lasts right through until sunrise. If the situation is compounded by very calm conditions, it may hardly be worth fishing at all. The fish can be that shy. 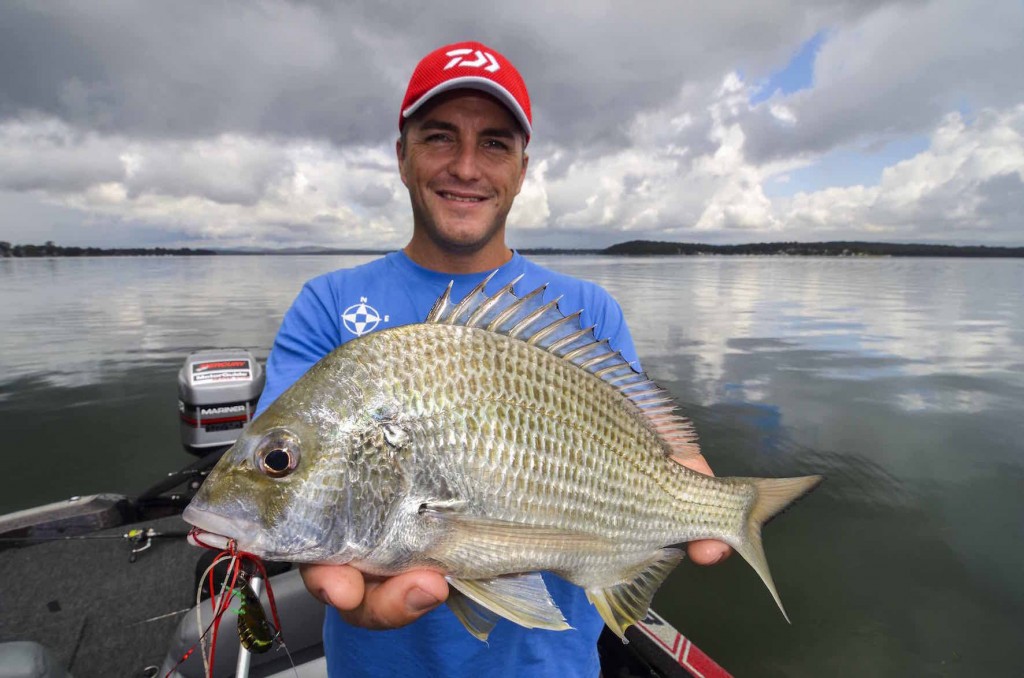 However, the afternoon period during the same days may be entirely different. Many times I’ve even seen bream fishing start to pick up a few hours after sunrise, almost as if the terror of the bright moon is far worse than bright sunshine. During the afternoon, if all else is OK, bream may continue to be active until the dreaded moon appears again. While this may seem like hocus pocus to some readers, bear in mind this is something I’ve been keeping track of for more than 30 years of continual bream fishing.

Combining all the above factors provides a more accurate and broader picture. For example, barometric pressure and water temperature may seem a bit negative, but good rainfall several months earlier may have created an abundance of a particular food source, such as prawns or shrimps; if all else is OK then bream could still be inclined to feed.

WHAT COUNTS
As touched on throughout this article, successful breaming tends to come from a combination of things, such as being aware of moon phases or weather patterns, as well as using suitable tackle, lures and techniques. Like most other keen anglers, I love nothing more than high-quality gear, including the latest lures. Something I’ve mentioned time and again over the years, though, is that the greatest gear in the world won’t catch fish by itself. It’s up to the individual to observe the natural world around them and try to think outside the
realms of what looks great in the tackle shop or on TV.

Words & Images: Colby Lesko The Bluewater Bullet Bait is one sexy-looking lure. It’s the one that catches your eye