Without a doubt, Saratoga, affectionately called “Toga” by many, are one of Queensland and the Northern Territories premier freshwater sports fish. Great distances are traveled by many to have a crack at these prehistoric looking specimens known for their hard hit and aerobatic displays. When I first set out on a campaign to land my first Toga, all the “usual” techniques came to mind: spinner baits, fizzers, surface lures at dawn etc. However, courtesy of my Toga fishing buddy Andrew “Boydy” Boyd, a previously unconsidered yet extremely successful technique was nominated… Light gear and small soft plastic lures! When Boydy offered to take me to his favourite Toga haunt, the question was immediately asked by me, “which surface lures work best”? My surprise must have been obvious by the look on Boydy’s face as he replied, “don’t worry about those things, just bring some light jig heads and 2 to 3 inch plastics”.  After seeing the photographic evidence of Boydy’s previous trips (some of which are literally drool worthy to the toga uninitiated), I was not willing to argue and complied with his request. With experienced knowledge behind us and the request to bring soft plastics adhered to, my first session resulted in 8 Toga! Needless to say I was over the moon and thus concluded the first of many missions chasing these amazing sports fish in this manner. 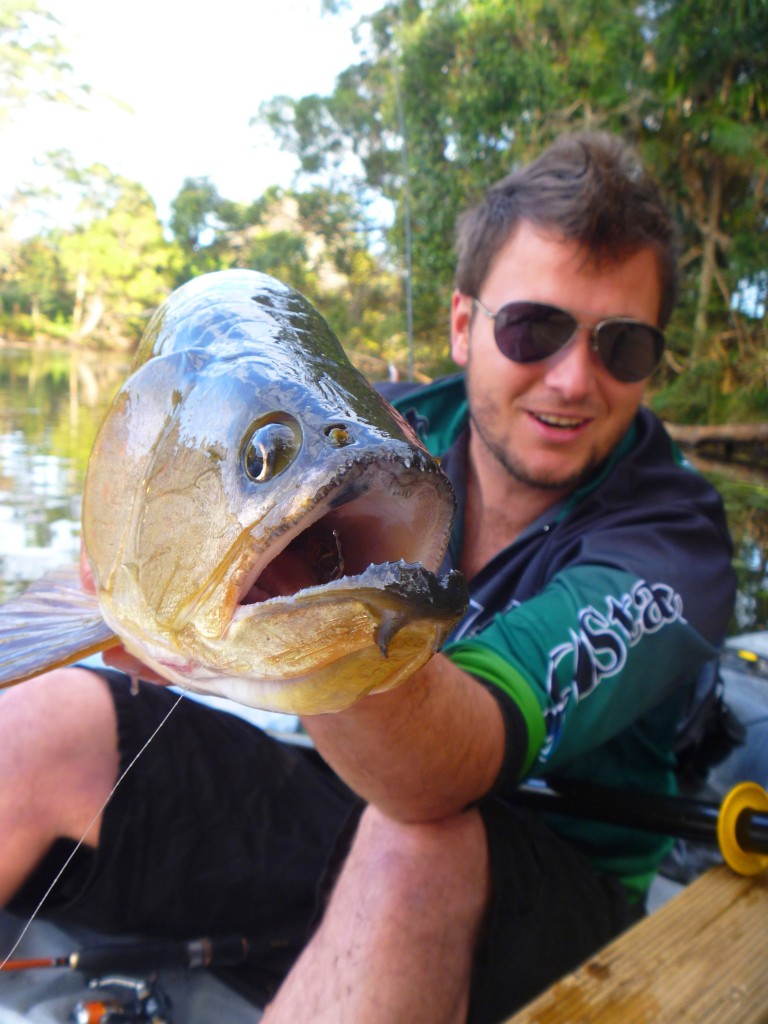 My first successful session catching Toga on plastics largely involved using 2-3 inch grub tail plastics fished with 1/24th Oz jig heads. Over many more sessions this technique has evolved. We had to ask ourselves, what it was about the grub tails, as opposed to plastics that require more action imparted into them, were the Toga responding so well to? Due to the fact we were getting so many hits on the drop, we made the assumption that it was the natural action of the plastic with minimal movement they gave them the edge. This theory led to the use of more “creature bait” style plastics with the view to take advantage of the many “dangly” appendages which display their own action on the drop, or with a slow retrieve. This theory resulted in a goldmine of catches, with many of the following sessions scoring well into the double digits on creature baits. While it doesn’t seem to make a huge difference between the tallies, I also prefer to use hidden weight jig heads. I tend to find the “regular” jig heads lend themselves well to minnow and grub tail type plastics. However when using creature baits, the hidden weight option is superior.

Rod choice is very important when chasing Toga with light plastics. Ideally an angler needs a light to ultra light rod capable of flicking very light plastics a reasonable distance and with accuracy. Accuracy is king with this style of fishing as you want to cause as little additional disturbance to the water as possible when casting. Ideally a 6”6’ 1-3Kg or 2-4Kg should be used for this application. Although light, try and choose one with a stiffer bottom half to control the run of the fish a bit better. After all, Toga are likely to be hanging around timber and weed beds looking for prey and you want to keep them away from this sort of structure while fighting them. The action of the rod really comes down to personal preference. I personally prefer a rod with a faster action, (once the plastic has been allowed to sink at a natural pace), impart a series of short jerky retrieves. In comparison to this, Boydy and other anglers I have fished with prefer rods with a slower action better allowing them to bounce extremely lightly weighted lures back towards the fishing vessel. 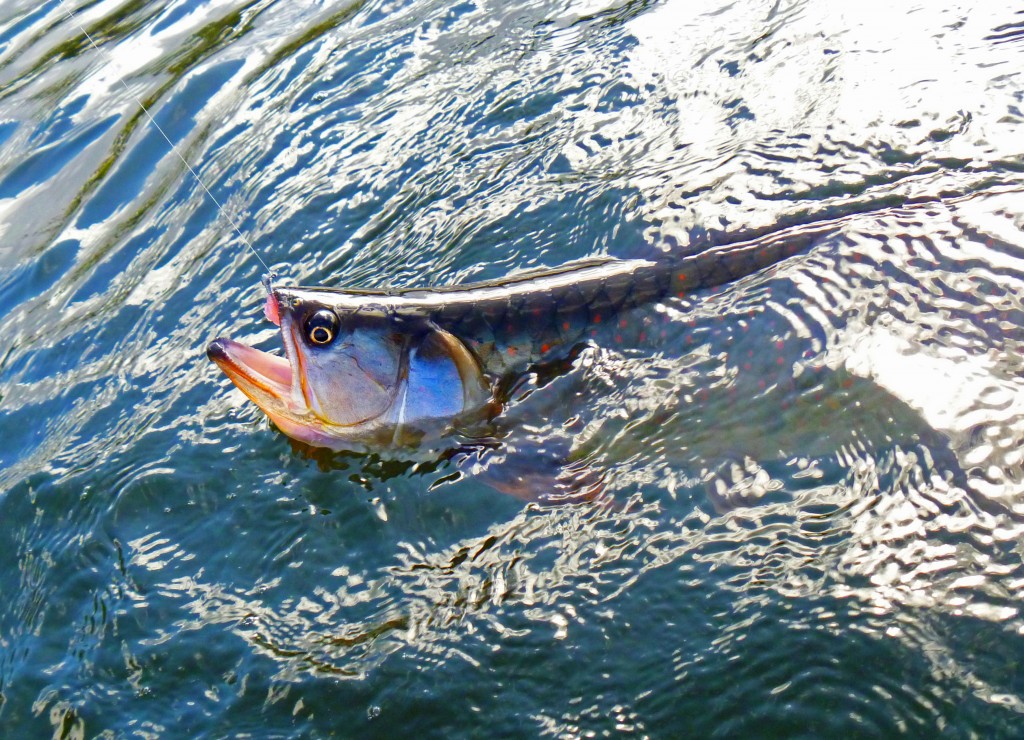 I mentioned earlier that I like to cause as little disturbance as possible when I cast soft plastics for Toga. Let me clarify this point as it’s a topic of contention; many anglers I talk to who use larger walkers and spinner baits for Toga don’t seem to mind a bit of a splash when casting their lure of choice, like many aggressive fish, this I guess, has the potential to result in a “reaction strike” if the fish are fired up and feeding. I certainly would not dispute that logic, however, the question must be asked when fishing small soft plastic creature baits for Toga, “what does the fish see this lure as”? In my eyes (and I hope the eyes of the fish as well) creature baits are designed to represent either a small insect or reptiles, or possibly various types of nymph. So how does a small insect enter the water? Usually by dropping off an overhanging branch! You only need to casually observe your surroundings when out on the water early in the morning to witness actual insects stranded on the surface of the water. The important thing to note is that they do not cause large, noisy splashes, or at least not until something claims them for breakfast! With this being said I like to imitate that action as closely as possible and thus the light “stealth” entry into the water.

Kayaks are ideal as a Toga targeting vessel for several reasons and have been my primary ride since I commenced targeting them. First and foremost is the ability to compliment your “stealth” casting with total stealth on the water. Although it can take some time to get used to, positioning a kayak on a drift line gives you the ability to fish a large area without the need to even dip a paddle in the water. Working out a drift line is not rocket science. If you can’t see clearly the wind direction to ascertain which way to set your drift line my advice is to look for the coves. If you see a cove with nice calm glassed out water, the wind is coming from that direction as opposed to being blown into it and causing chop or more disturbed water. I love to start in these calmer coves if possible as it allows you to fish very light with maximum effect. To clarify that last point, if you are drifting at a slower rate you can really let the plastic sink for the longest possible time. A reasonably high percentage of Toga I have hooked have been on the drop in situations like this. 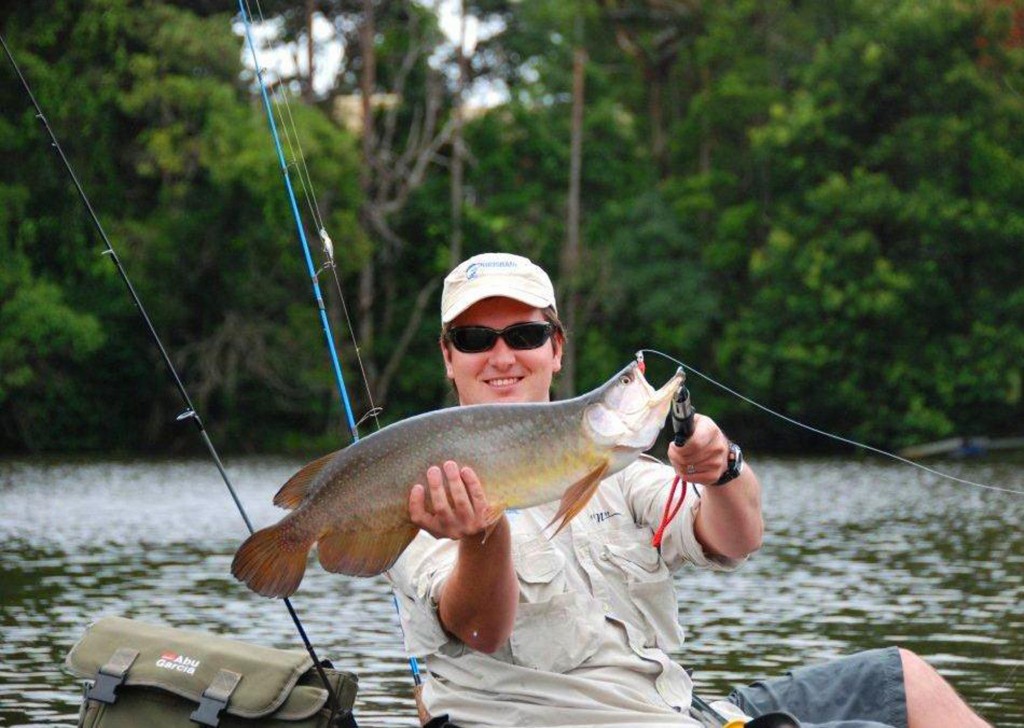 By no means should an inability to find calm water cause any deterrence from the light soft plastic tactic. Typically on a windier day resulting in a quicker moving kayak I will employ a slightly heavier jig head, something in the 1/16th and on rare occasions the 1/12th range. Using a creature bait or “craw” style soft plastic you can easily turn this sort of movement into an advantage. Once again a faster drift is where creature baits are worth their weight in gold. Because of their appendages, the additional weight required to get them down still allows for a healthy amount movement from the plastic. This combined with a naturally occurring “troll” caused by a faster drift can lead you to find fish where remaining stationary sometimes doesn’t. I have also always held the personal belief that slightly rougher conditions always assist with the stealth approach by cushioning many of the noises such as paddles, peddles, casts or dropping objects into the bottom of the fishing vessel can radiate in calmer conditions. 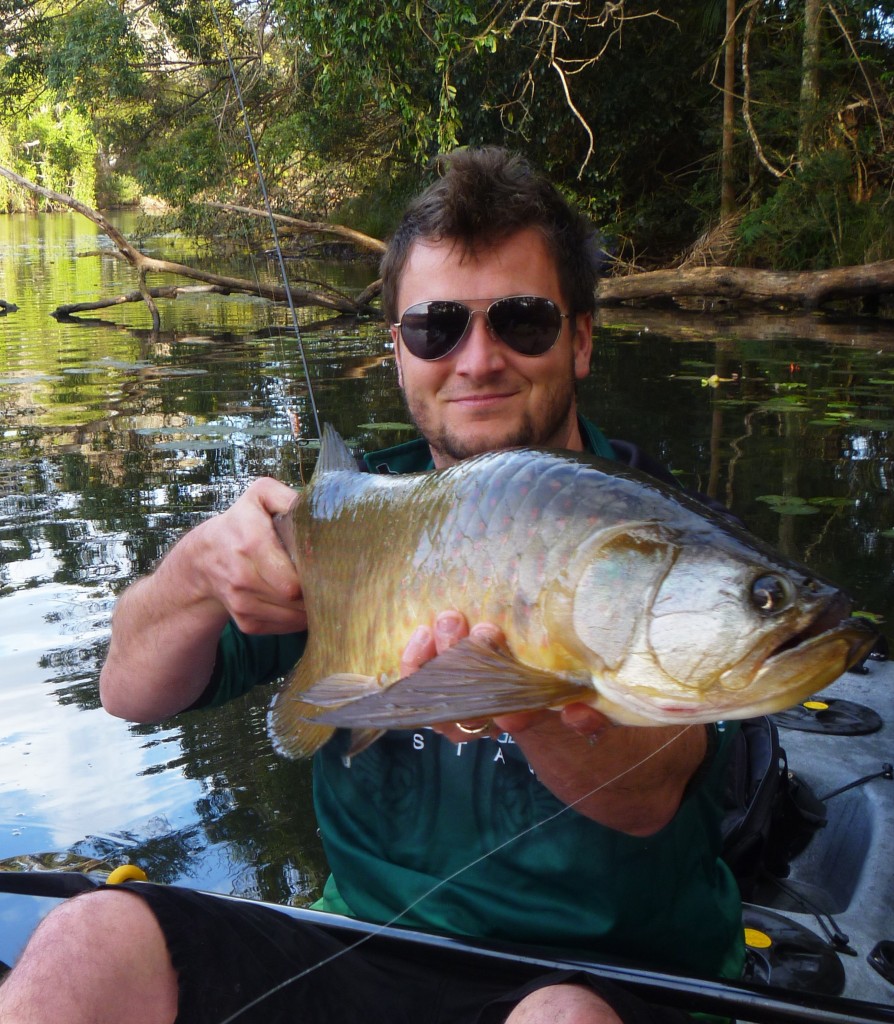 Toga have quite bony, raspy mouths which pose problems to the angler. First of all the raspy texture of their teeth, while not always cutting right through leaders will more often than not cause some serious fraying to line. It is a rule of mine to check the leader after each fish landed and deny laziness if new leader is required. I am certain everyone here has been in one of those “hot bite” scenarios when, due to the excitement of the moment, checking gear becomes a secondary concern. These scenarios are usually the precursors to wind knots, bite offs and other fishing maladies. I myself have lost several good fish due to oversights in this department so I can’t stress enough the importance of diligence. One easy solution to ensure you do not miss too much fishing time is to ensure you have a good, long leader on. If your leader is a good rod length you can easily afford to sacrifice a few centimeters of frayed line and avoid the need to tie whole new leader. A fair majority of the time, Toga will only cause fraying to the first few centimeters so I strongly suggest this tactic! The second main reason I believe the naturally bony mouth of the Toga is prone to causing trouble is in its ability to throw treble hooks. As with other commonly targeted sports fish such as tarpon, toga, aided by many aerial leaps and jumps have an uncanny knack of throwing lures right in front of an often dismayed anglers eyes. The three points evident in a treble hook essentially levering against each other and popping out cause this. Well, if you intend to try the above described tactics you may breathe a sigh of relief. Courtesy of a single hook (a jig head) used when fishing with plastics this issue is not a concern. 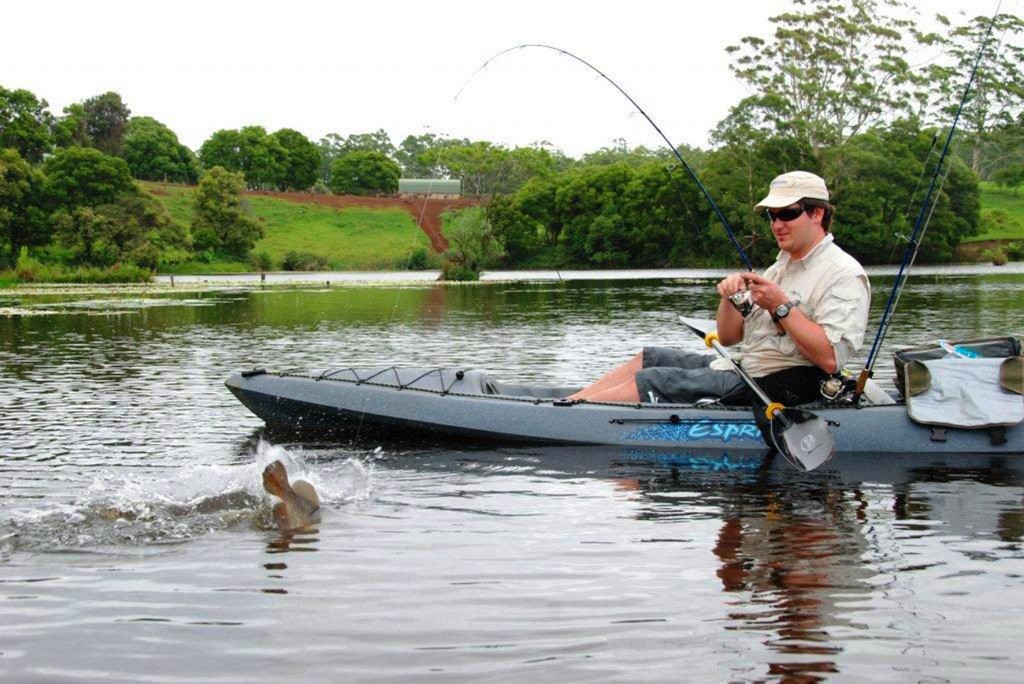 The above article is an account of a tactic, that as an angler I have found extremely successful. I would love to think some of you out there will employ this method with great success. However a huge part of what makes fishing exciting for me is the evolution of the experience. I would implore anyone out there reading this to evolve this technique further! Try new things, they won’t always work but the satisfaction when they do is second to none… Well maybe second to catching that truly memorable fish.