Advances in marine electronics have evolved quickly over the past five years, but luckily for fishermen and boat owners the price of units hasn’t progressed at the same pace as the technology.

One feature that has found its way into the majority of modern-day units is the ability to mark fish on your sounder and for it to automatically create a waypoint on your GPS. This feature has been welcomed with open arms by fishermen, as the ability to mark a fish’s exact position is obviously highly advantageous. 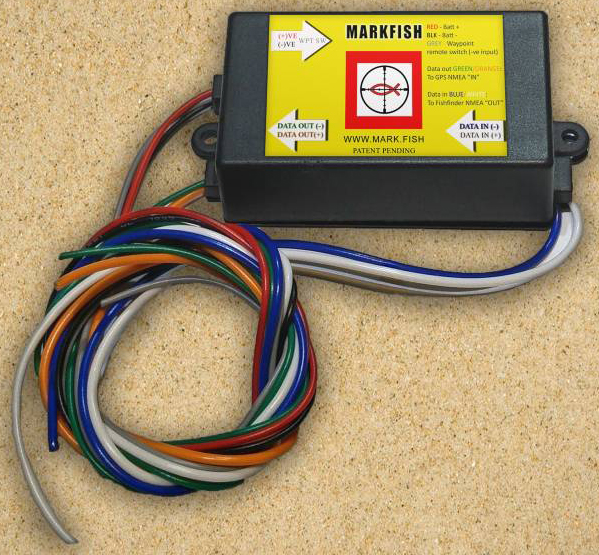 The Furuno range of stand-alone fish finders is extremely popular among hard-core game fishermen but they miss out on this feature. Due to expense, most fans of Furuno will, instead of a Furuno GPS, opt for a cheaper brand such as Lowrance, Simrad and Garmin, which offer excellent GPS units. This saving means, however, they miss out on the ability to mark fish on their sounder and have the coordinates of that mark on their GPS.

Michael Fitzallen, owner of Victorian marine specialist service centre Nautek Marine, saw this as a common issue with the many boats he serviced each day and decided to do something about it. He invented the Markfish unit, which allows Furuno sounders to communicate with Garmin, Simrad and Lowrance GPS units, thus giving anglers the ability to mark a fish on their sounder and transfer the data to the GPS unit.

Michael designed the Markfish unit to be small and user-friendly, with colour-coded wiring that matches most popular brands for easy installation. It comes with clear instructions and doesn’t adversely affect either unit.

Understanding that the Markfish would be exposed to saltwater environments and possibly a lot of water in open centre consoles, the Markfish has been engineered to withstand the harsh marine environment. It’s IPX6-rated waterproof, is made with tinned wiring, has its own fuse and has even been frozen in a block of ice, connected to two units and still operated without issue – you can see the video via the Markfish website.

I went out on the boat of one of Michael’s customers, which had a Furuno FCV-295 sounder with a Simrad NSS12 evo2 GPS and the Markfish communicating between the two. It worked quickly and faultlessly, with no lag between marking the fish on the Furuno and the Simrad GPS recording the information. The feature worked as well as it would on a combo unit.

The Markfish is a great little design that solves an issue for fans of Furuno sounders. It’s built tough enough to handle anything you throw at it and works perfectly. It links Furuno units with Garmin, Lowrance and Simrad GPS units but at this stage won’t connect with Humminbird and some Raymarine products. For those that see the advantage of marking fish on their sounder and having the GPS provide the longitude and latitude co-ordinates, the $280 asking price is well worth it. 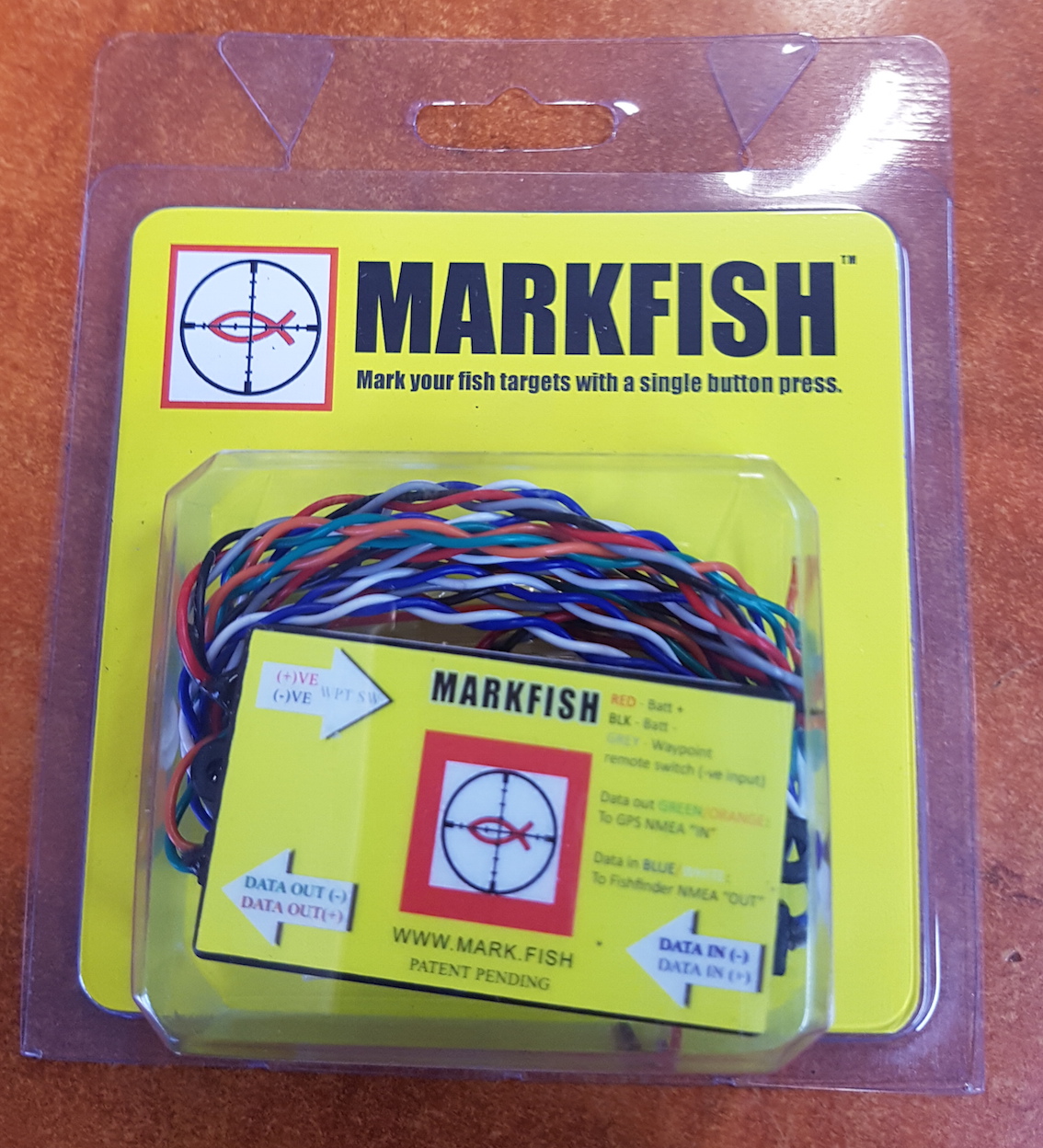