Mercury Australia recently unveiled its V6 engine platform exclusively to Hooked Up magazine on a beautiful autumn day in Port Phillip Bay. It was only a few weeks before that in the US, the all-new V6 platform was announced at the Miami Boat Show. The new series comprises 175, 200 and 225 horsepower engines. The best part about the time we got to spend with the new V6 is the fact it has been mounted on the same model boat as Hooked Up’s own vessel, a Haines Hunter 595. Our boat is fitted with the current 200 L4 Verado, which will be replaced in the marketplace by this new 200 around July this year. It’s rare when we review an engine to have two engines of the same horsepower class on the same model boats, so this opportunity gave us a great perspective to see what this new outboard has to offer, and how it compares to the Verado.

Most of the comments from friends, colleagues and on social media have been negative regarding the new look of this Merc. It’s got acutely squared-off angles and has done away with the rounded dome-like features commonly found in modern outboards. It is quite a departure and it’s understandable people would be a little shocked by it. However, if you’re going to release a whole new platform, it’s important you kick the aesthetics into the future a little. My prediction is that the shape will look far less outrageous in five years and, personally, I think it looks great and makes the older engines look dated already.

The other big difference from an aesthetic point of view is the colour. As you’ll see on the test model, it’s now available in Cold Fusion white, which is quite the departure from Mercury’s iconic Phantom black. In addition to its availability in white, the leg and mounting bracket are silver and you can purchase coloured plates that run up and over the centre of the cowling. You now have more options to customise your boat and engine package, which many will find appealing. 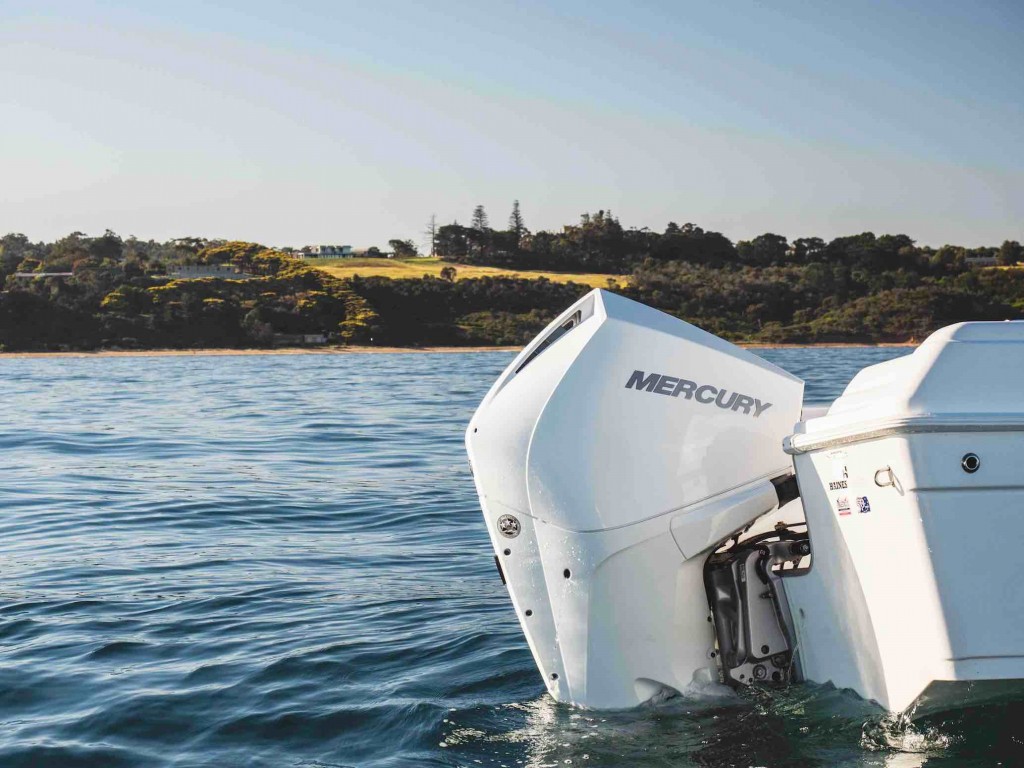 While the shape and new colours are a subjective design feature, the new shape actually serves a very intelligent purpose — it’s now far less intrusive into the engine well. This means you can trim up further without hitting the bait board, or even the wall of the engine well. This is a great feature that many fishermen will appreciate. It also means that if you ever need to access your prop while in the water, it’s now a strong possibility depending on your set-up. Another new feature is an access door that sits on top of the cowling. This little door allows you to access the oil dipstick and filler while you’re in the boat. I can’t see it being a huge advantage as this is a four-stroke and you shouldn’t really need to check the oil levels between scheduled services, though it could be handy for mechanics.

Weight and power are the key features on most boaters’ minds when looking to buy a new outboard. Let’s start with power. This new platform is a completely different beast from the 200 L4 Verado it’s replacing. The L4 is a super-charged 1.4L inline four-cylinder and this new unit is a naturally aspirated 3.4L V6. While the new V6 may be phasing out the L4, just on spec you can see they are completely different beasts and you’re not exactly comparing apples with apples. However — and of important note — the price difference between the two is only marginal. There is a significant difference in weight, with the new V6 weighing in at 215kg to the L4 Verado’s 231kg and the six-cylinder Verado’s 294kg. So you’re getting a lighter, more powerful engine on all accounts. Mercury says this is its lightest and most powerful engine ever and looking at the specs it’s clearly apparent — they haven’t just shaved off a few kilos here and there. 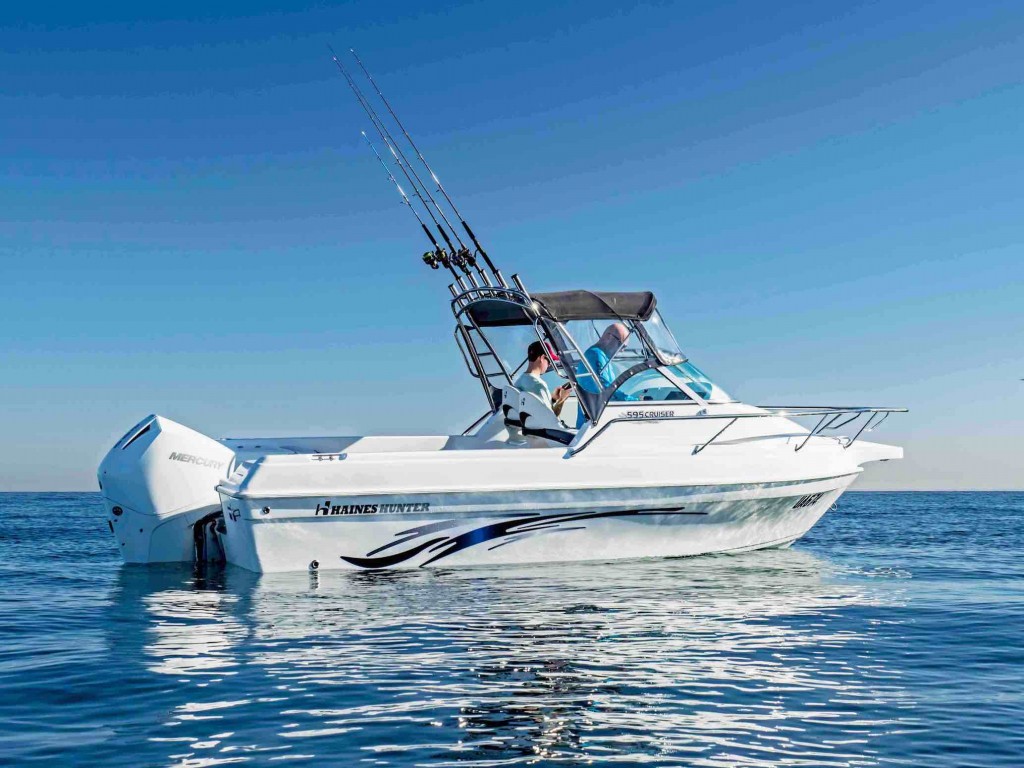 I know my boat and engine very well after 16 months and 200 hours of use, so I was keen to jump in and see the difference. It was dramatic. The new V6 was superior in hole shot, low-end and middle-range throttle response and top speed at wide-open throttle. Its acceleration and hole shot were probably the most dramatic differences — it’s clearly a more powerful engine. It was superior to the Verado in all aspects of its performance. While the Hooked Up boat with the Verado had some extra weight and wind resistance, it wasn’t enough to have such a dramatic difference. At wide-open throttle the V6 was pushing 81km/h at 5900rpm and the Verado 75.3km/h at 6040. Fuel consumption was superior at this range for the V6, burning 66 litres per hour to the Verado’s 77. This is quite a dramatic statistic. 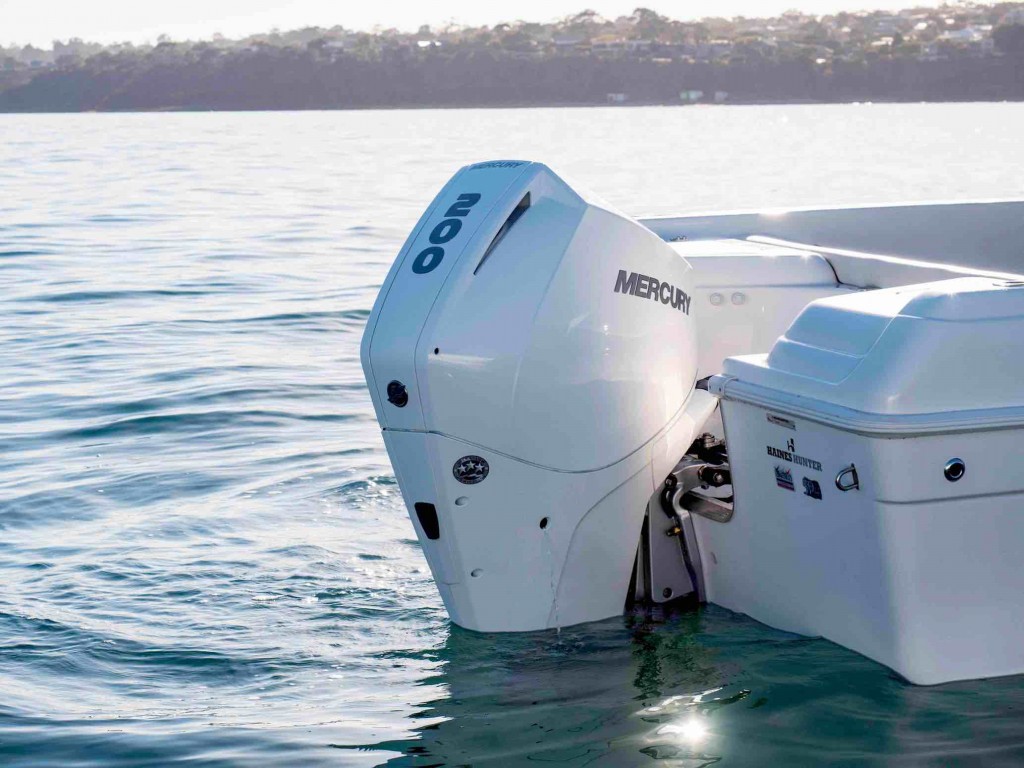 Mercury claims the new V6 is the quietest engine it has produced in this class, and while it was certainly very quiet at idle with a distinct lack of noticeable vibration, I didn’t find it noticeably quieter than the Verado at speed. It certainly isn’t loud, however, and I did think the big V6 had a great sound — it feels tough and full of torque and sounds that way, too. It’s new high-power alternator delivers 20 amps at idle and 85amps at WOT so you can keep all those big electronics charged.

The new V6 is available with digital and mechanical throttles and Active Trim is now built into the new Vessel View module so a separate switch pad is no longer necessary. It’s also grabbed some tech from MerCruiser and is now equipped with Adaptive Speed Control, which maintains your desired RPM through changing conditions.

Mercury has produced an amazing outboard that represents a big step forward for engines and boating. Many boaters and boat builders will appreciate how light, powerful, modern and fuel-efficient these engines are and the superior performance they can provide. All boaters want more power, less weight and better tech, and Mercury has delivered on that. 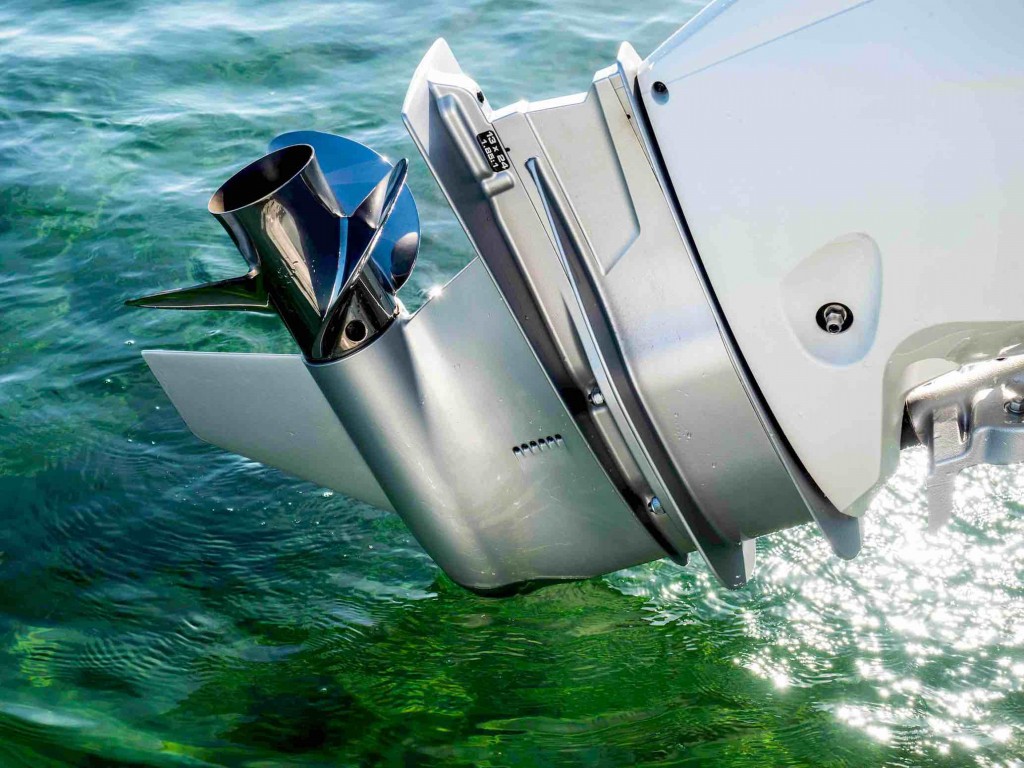