Daiwa recently sent fans into a frenzy when it announced a new range of soft plastics via an online showcase of the brands highly anticipated 2020 range of products. Named Bait Junkie, the company claims two years of design and R&D between Daiwa Japan and Australia with development aimed specifically at the Australian market. I was very keen to get my hands on some and see what they offered. Bait Junkie features three classic shapes: a grub, a jerkshad and a paddle tail (which Daiwa calls a minnow), with two different sizes in each style and up to 14 colours depending on the model. I bought a few packs of each model as soon as they were available. The timing was perfect as snapper season was just kicking off in Victoria, which provided the optimal setting to put these new plastics through their paces. 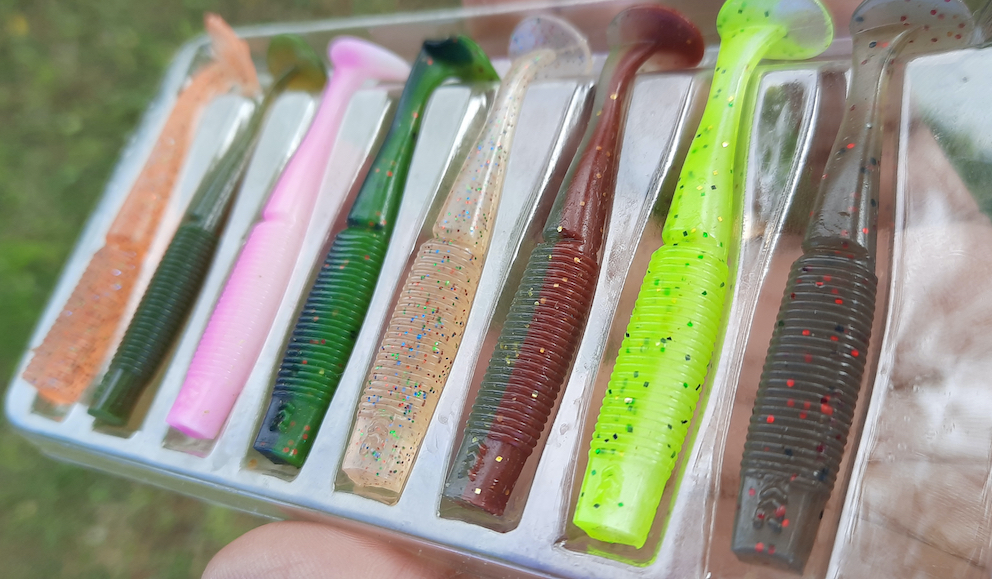 Bait Junkie lures are made of Daiwa’s Elastomax material, which it claims offers “incredible stretch and durability”. They’ve been designed to float, and they’re loaded with Amino X scent and Shrimp Power-Oil, the latter of which is all through the packet to ensure maximum scent. They come in clam shell packaging, which helps keep the shape from distorting. Almost all models have some sort of UV or glow properties, which I find an important strike trigger for most species I target. The grubs and paddle tails feature textured ribs, which help with hook exit points as well as providing a textured surface to hold extra scent. I love the colour range. It has some great takes on classic colours, while providing some innovative patterns with a range that’s large enough to cover most species and water conditions. The rear of the packaging offers a recommended hook size to use with each type of lure, which cuts out the guesswork. All you need to do then is pick the weight of your jig head to suit the fishing conditions. The jerkshad has a slit in the belly that enables it to be rigged weedless and is useful as a scent chamber. Both the paddle tail and jerkshad have a vertical slit halfway along the body that enhances the action. All models have a marker line on the top of them for centering the hook exit as well. The most noticeable difference of Bait Junkie from other plastics is the material ­– it’s by far the softest plastic material I have come across. 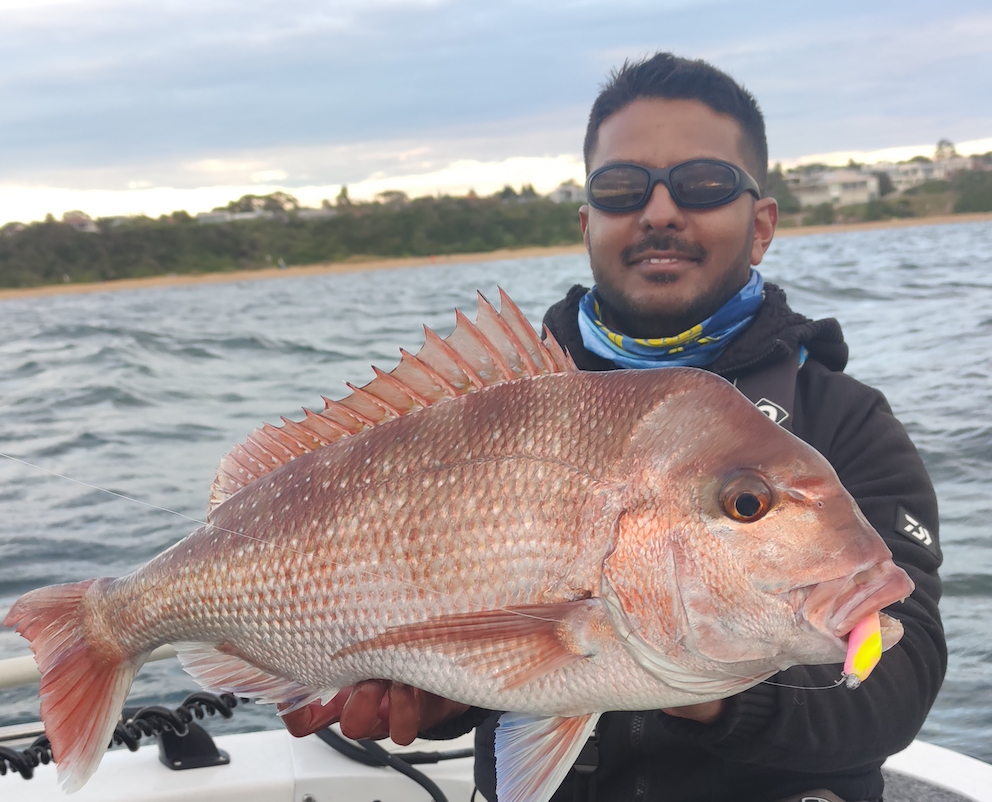 The grub swims with minimal weight and has a lovely tail action combined with a slender body almost imitating a worm. You don’t need to impart a lot of action to get the tail moving, which makes it a versatile lure for various species. The paddle tail has a slender profile and a realistic baitfish profile that in both sizes can match the hatch in various systems. They work with the slowest of retrieves and minimal weight, and the back half of the body has a nice wide swaying action that will entice many fish to have a crack. The jerkshad, again, is very different from others available on the market; give it a subtle twitch and it darts nicely, but then change to a slow roll and its action is much like a swimbait. I noticed on a few occasions that If I worked the jerkshad aggressively, the lure actually hooks itself, which is something to be aware of when fishing these lures. The softer material and natural action require less angler input.

My first outing with these didn’t disappoint with the 3.2in minnow in UV yabby colour nailing my first red for the season. More trips followed with more cracking fish on the minnows and jerkshad, predominantly as they suited my style of fishing for snapper. I used a slow roll or a slow to medium lift and drop retrieve on the minnow and a lift and drop or a twitch and pause on the jerkshad. The strikes generally came on the drop or when it was paused between retrieves. You cannot mistake the very aggressive take of a snapper and I will never tire of feeling that solid bump when they inhale the lure followed by those tell-tale head shakes and screaming runs. 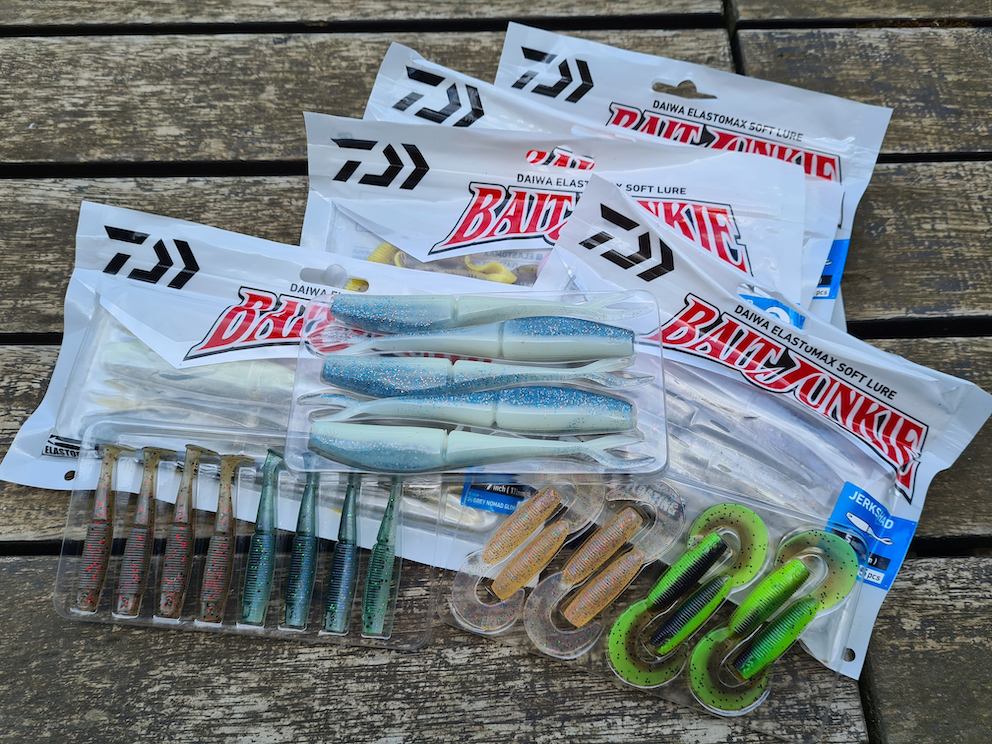 The lures generally held up well, though I did find a few times that the minnow and grub had their tails bitten off or damaged. Since these were being tested on snapper, this was to be expected to an extent. The lures also pulled away from the jig head after a few fish, so a quick dab of superglue is a good idea. They stood up to a good beating from the jaws of the big red and it wasn’t a one-fish lure by any means. I like to pre-rig my plastics for a session to save time on the water and I store them in one of Daiwa’s tackle trays. I didn’t experience any colour bleed or shape deformities when stored loosely together, though it’s always best to keep them stored in their clam shell packaging.

Daiwa has done a great job on its foray into the world of soft plastics. They swim well, are durable enough, with a fantastic range of colours and sizes to suit almost any fishing situation. They are reasonably priced, and most importantly they catch plenty of fish. I will be making these a staple in my tackle box and cannot wait to test them on some bream. I would definitely recommend them to any plastic enthusiast and they’re a great starting point for those new to soft plastics as they have a great natural action that doesn’t require a lot of input from the angler. 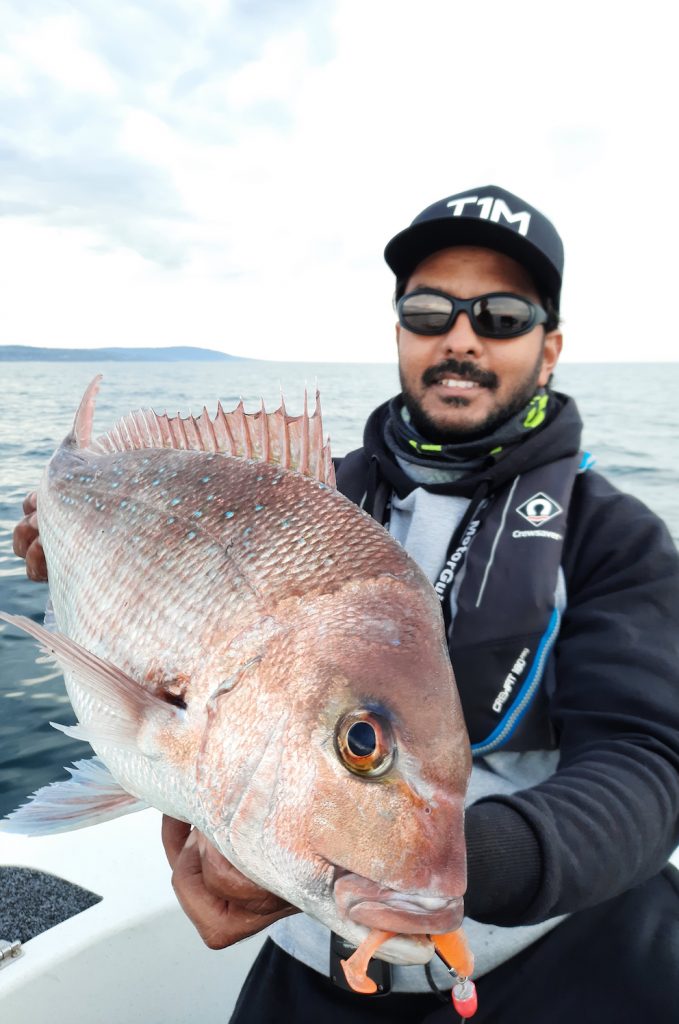