During its three-year clandestine testing phase, starting in 2013, the DUO Onimasu swimbait was codenamed Project Prometheus. DUO owner and chief lure-maker, Mr Adachi, painstakingly obsessed over every aspect of the bait behind closed doors to ensure DUO’s first glidebait was a secret until the day it was released.

The near-perfect ratings from most US bass pundits meant we couldn’t wait to see what the fuss was all about Down Under, and how it would handle our resident cod and barra populations. OK, onto the look of the bait straight out of the packet. At first glance, the paint jobs on the Aussie imported models are some of the best currently swimming around the swim and glidebait scene in this country – especially the brown trout pattern, which is a whole new level of realism. 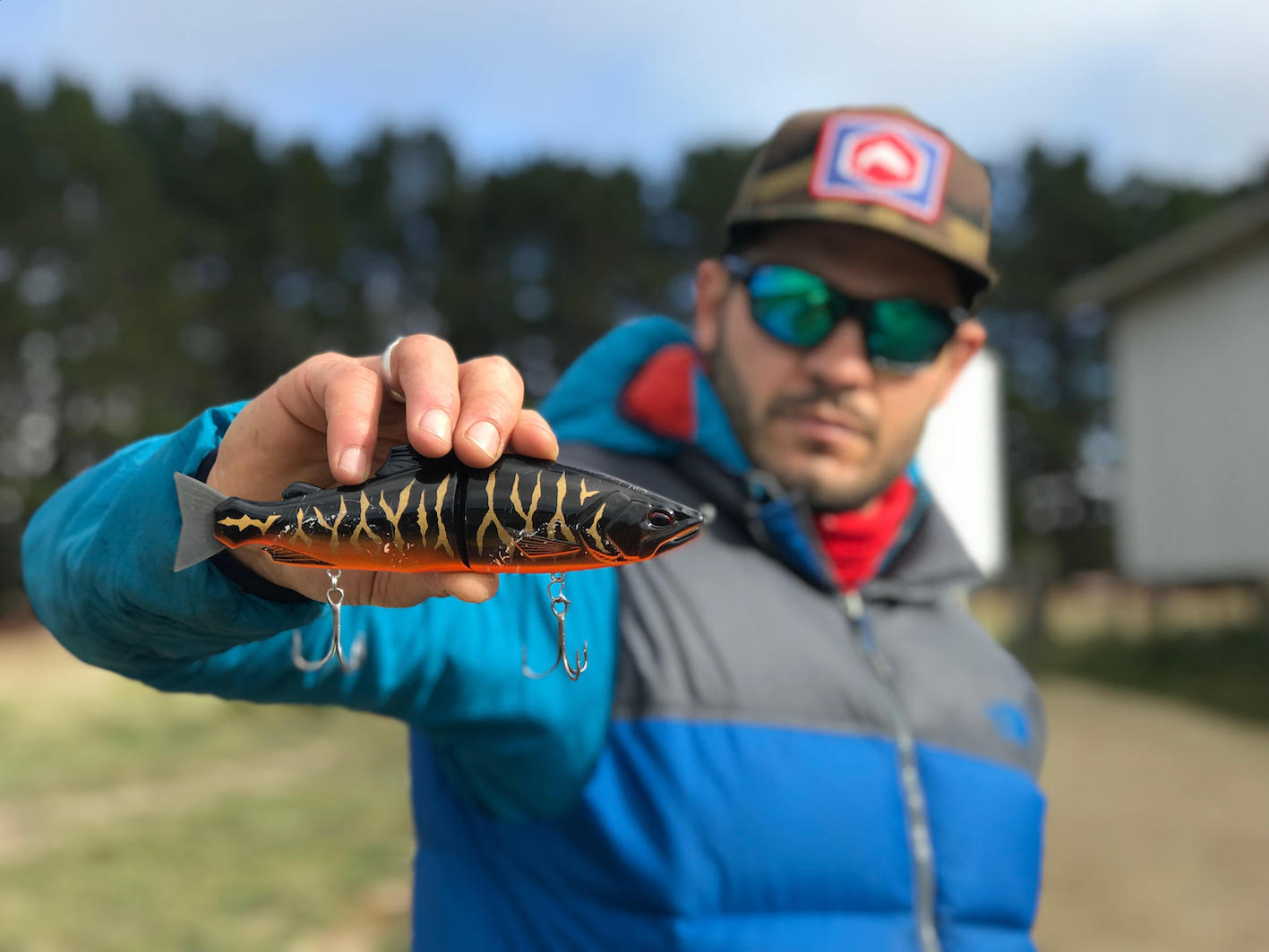 Rather than just paint the finer details on the bait, the Onimasu’s mouth, gill plates and fins are all three-dimensional, which affords the bait an even more realistic overall look and feel. For this review I tested one of the three exclusive colours for the Australian market, the eye-catching Shadow Tiger. Its high-gloss finish with sharp bright and dark contrasts meant it cut a striking figure in the tea-stained cod water I was fishing.

The terminal hardware on the Onimasu 188 was what I expected from a bait designed to tempt largemouth bass – a species that max the scales at around 15lb. As most swimbaits are tuned to the closest gram, I decided – somewhat hesitantly – to fish the bait with the standard 1/0 treble hooks and split rings. Compared with other freshwater swimbaits in Australia, the 188mm length and slender profile of the Onimasu means it sits in the medium category, neatly next to the 180mm Jackall Gantia and 178mm Gan Craft Jointed Claw. 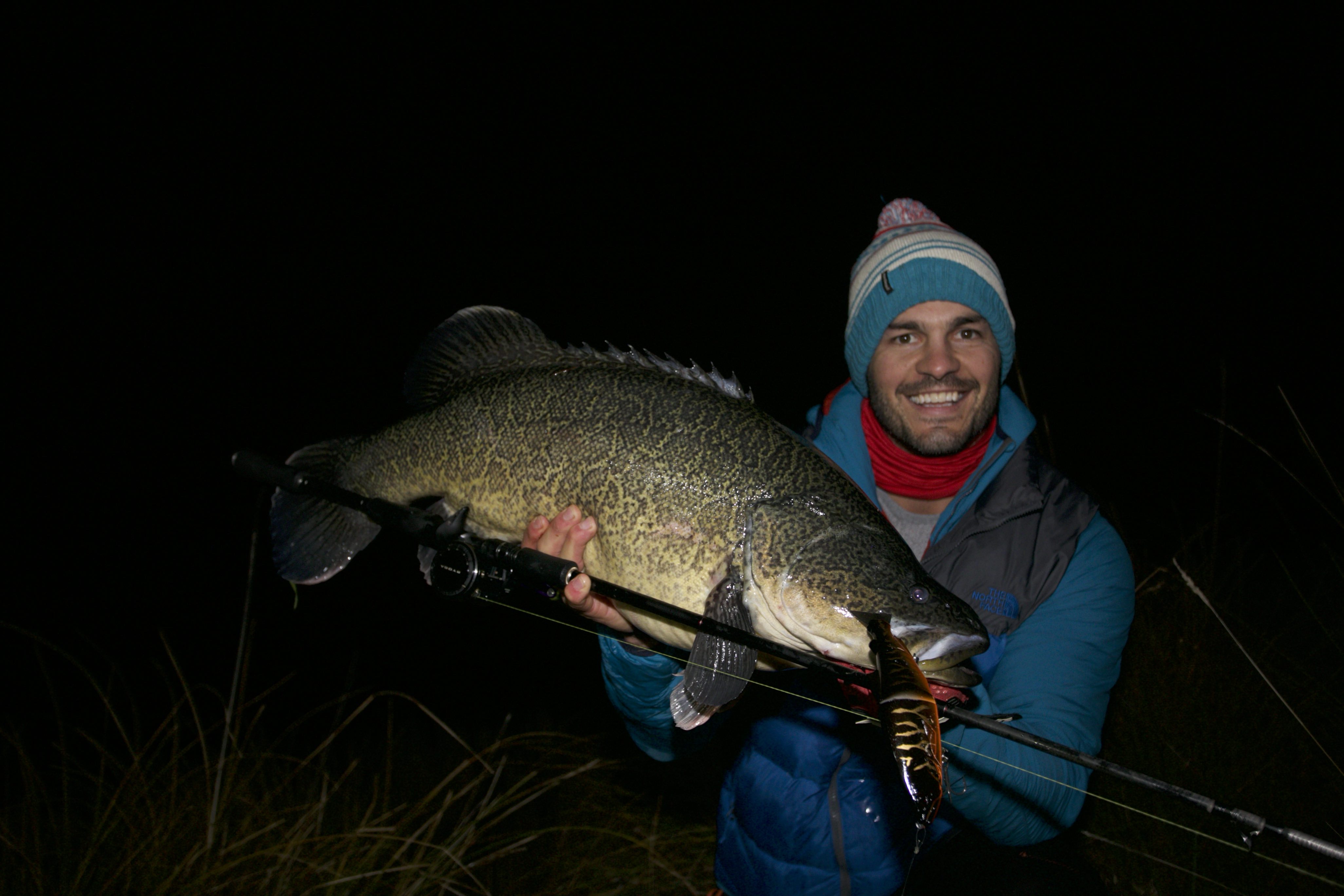 While it’s dwarfed when compared with the likes of the Madness Balam 300 and Deps 250 Slide Swimmer, the medium sizes can be tossed on most conventional cod rods without the need for a specific swimbait set-up. This is a huge plus for the band of Aussie anglers just getting into the swim and glidebait game. During my test run I flung it on a 6kg 7ft Venom baitcaster rod, paired with the new Daiwa Ryoga 1520 overhead reel, spooled with 65lb braid and a lick of 50lb mono leader.

The first thing you notice when casting the 74.5g plastic bait is how aerodynamically it travels through the air. The slender profile of the Onimasu means you not only get a long cast, but one that generally tracks true to the intended location. As I was testing the bait in an urban dam, I had very little current to worry about, which allowed me to really work the lure with no impediments. The slow-sink model I was using sank horizontally down through the water and tracked straight, even under brisk cadences. 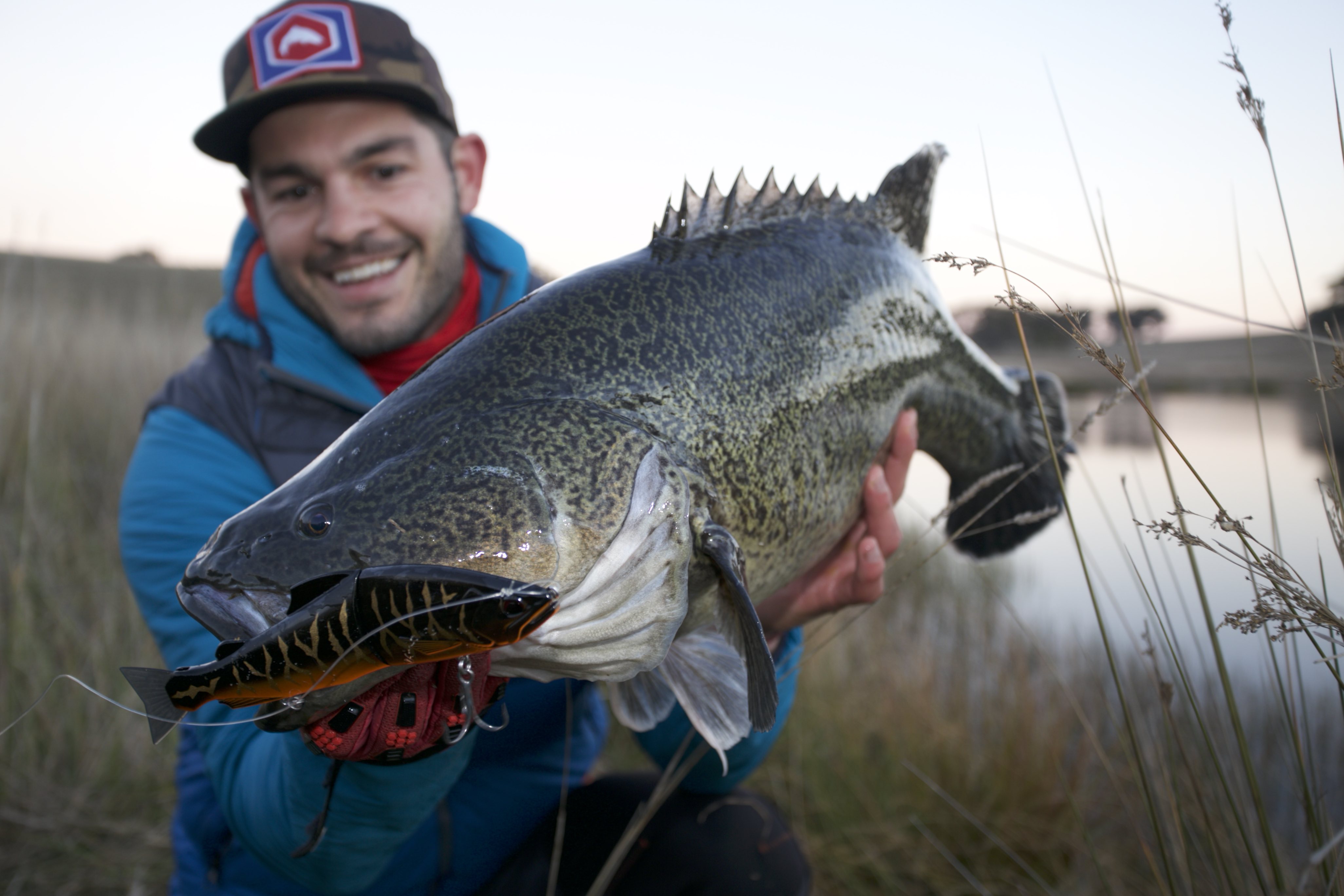 Once I got the bait snaking through the water I settled into a medium-speed retrieve, which kicked the bait’s swing to an impressive two foot at its widest point. This is particularly important if, like me, you use your glidebait to ‘draw’ fish in from distance. Generally speaking, the bigger the swing gate, which is the maximum distance the bait swerves from side to side, the better its drawing ability. So, the Onimasu scored highly for me on the swing scale.

What I also like is that the Onimasu doesn’t roll over when retrieved quickly and on the front of the bait is an angled ballast that allows the lure to be twitched without porpoising upward and out of the strike zone. After about 30 minutes tracking around one of my favourite shallow urban dams I had my Onimasu whacked but failed to find flesh. Taking confidence from the strike, I pinged the bait straight back past the swirling boil.

After letting the bait find depth I doubled the speed of my crank in an effort to draw a reaction bite from the pent-up goodoo. It took less than a handful of crazy cranks before I got smacked again, but this time it stuck. Grinning from ear to ear, we continued to circumnavigate the dam, testing both fast and medium retrieve speeds well into the night. Finishing with four healthy cod paid testament to all the work Mr. Adachi and his team at DUO HQ put into refining and perfecting the Onimasu.

The one negative of the bait that came out on the last fish of the night was the strength of the terminal tackle. While only around 85cm, the final hard-fighting Murray cod managed to really mangle the factory-fitted front split rings, turning it into a five-star Mr Squiggle drawing. With the one negative to the side, I’m really looking forward to spending more time on the water with the DUO Onimasu in pursuit of a real monster – right after I upgrade the terminals, of course. 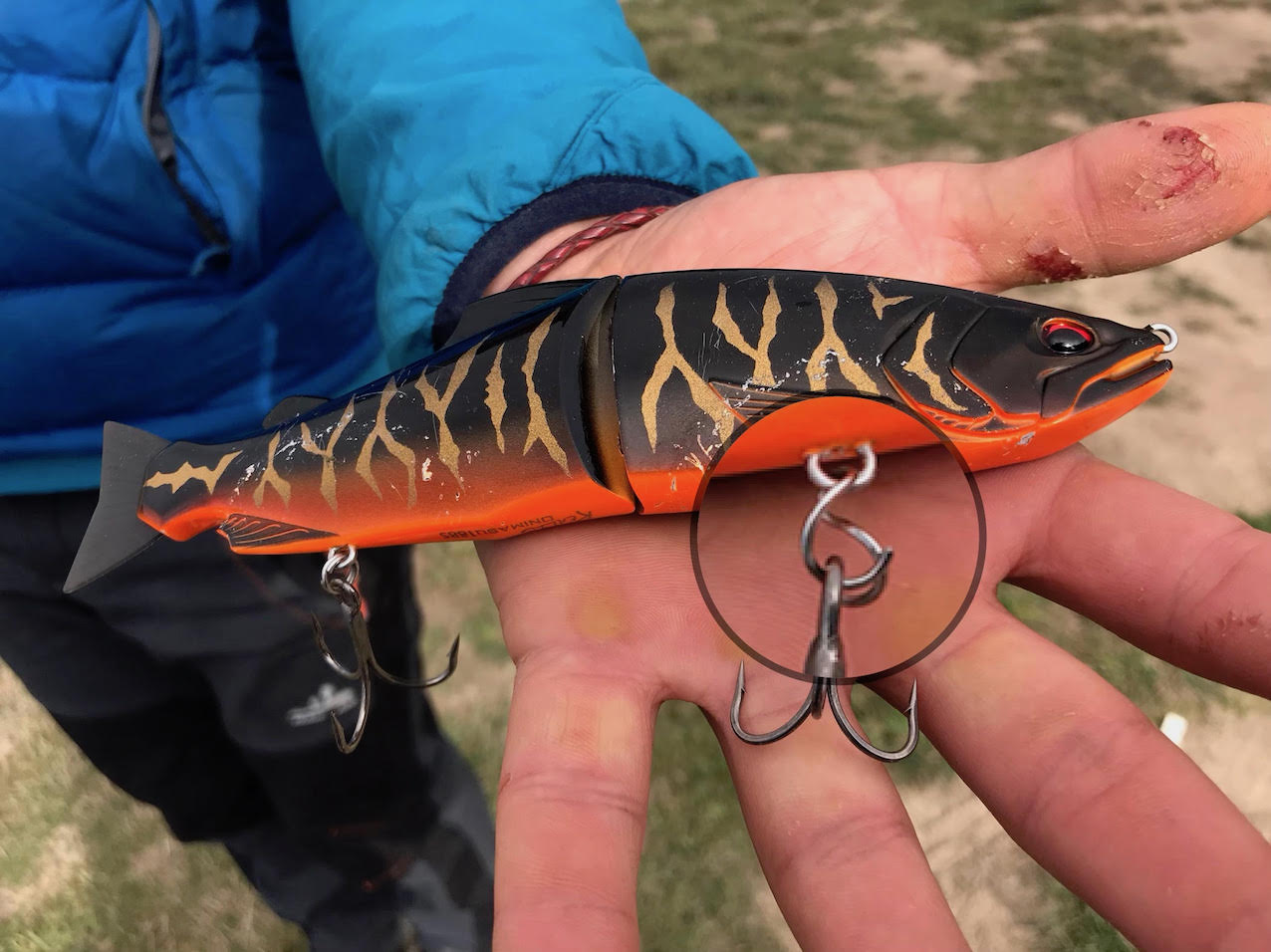