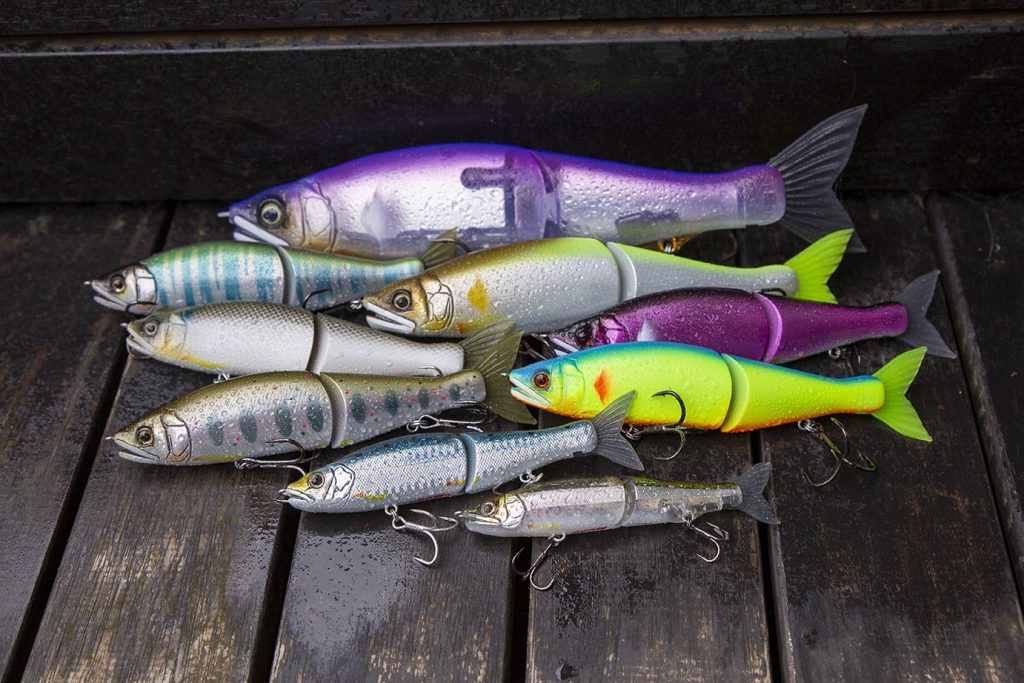 In 2014 I visited the Osaka tackle show in Japan and was first exposed to what is one of Japan’s most popular lures and now one of the world’s most popular glidebaits – the Gan Craft Jointed Claw. I was well aware of Gan Craft and its amazing squid jigs, but I was surprised to see in Japan that the Jointed Claw is what Gan Craft was revered for more than anything.

I went on to visit a few tackle stores and was staggered at the sheer number of colours this lure is available in – every colour and pattern you can think of has been applied to this lure, and it has been part of many promotional crossovers and special editions.  It’s now available in a huge range of sizes that includes 70mm, 128, 148, 178, 230 and the huge 303, enabling anglers to target every species. It also comes in slow-sink, floating and saltwater options. 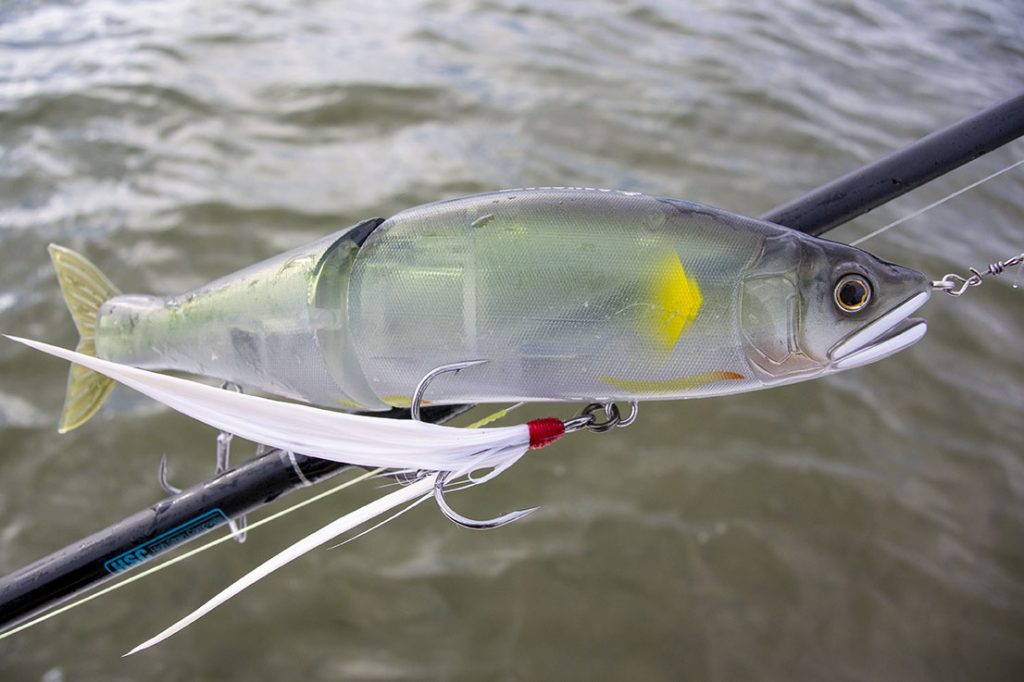 Originally designed as a bass lure, its popularity spread throughout the global fishing community and here in Australia it is fast proving itself as a highly effective lure for flathead, bass, barra, cod and mangrove jack. With the vast range of sizes now available, the variety of species it can capture is limited only by your imagination.

I passed the Jointed Claw on to a few anglers for review to target a few different and very popular species.

Fishing medium to large swim and glidebaits really separates the boys from the men when targeting flathead, especially with larger duskies. I have played around with a few different styles of swimbait over the past six months or so and have found the Jointed Claw 178F to be one of the most effective in triggering explosive strikes from the fish. This particular lure fits the bill for large flathead, being a great overall prey profile for my neck of the woods – imitating small mullet or tailor. I like the floating type for my style of fishing, which has been over shallow flats up to 1.3m deep. I have mixed up fishing techniques on the lure and have found that a ‘half-half’ cadence retrieve has got the best out of the lure, getting it to sweep and roll in that traditional glide motion, and throw subtle flashes of light from the belly. Bites have generally come as the lure has reached the end of its sideways sweep, and in abrupt fashion. 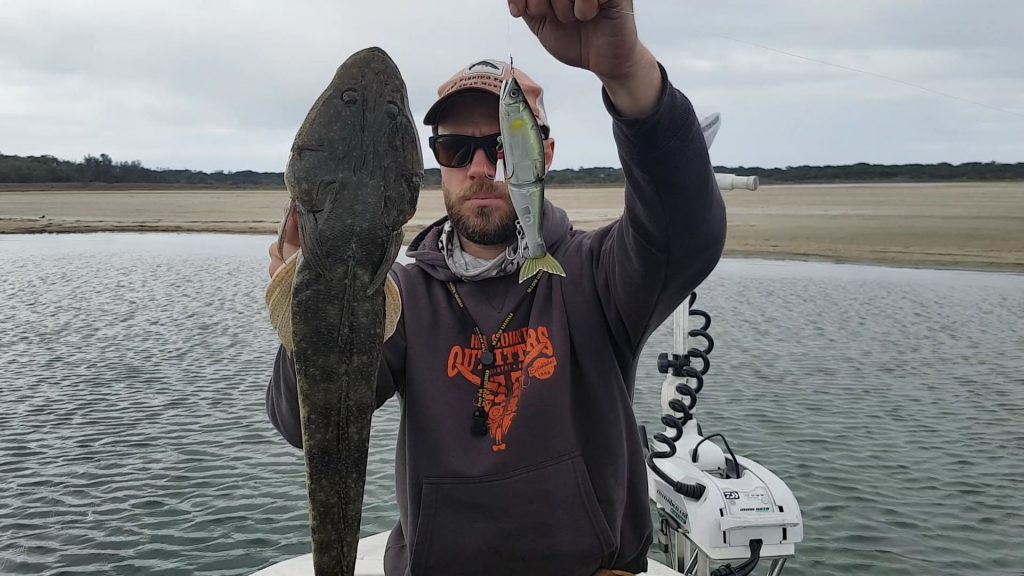 The overall quality of the lure has kept it looking quite good, even after being mauled by dozens of angry fish. The only modification I have made for my style of fishing has been to change to a larger, lighter-gauge treble to really stick the hard bony mouth of these fish. BKK Fangs in size 1 have done the job very well and kept the Jointed Claw’s seductive ‘beaten baitfish’ nose-up float. 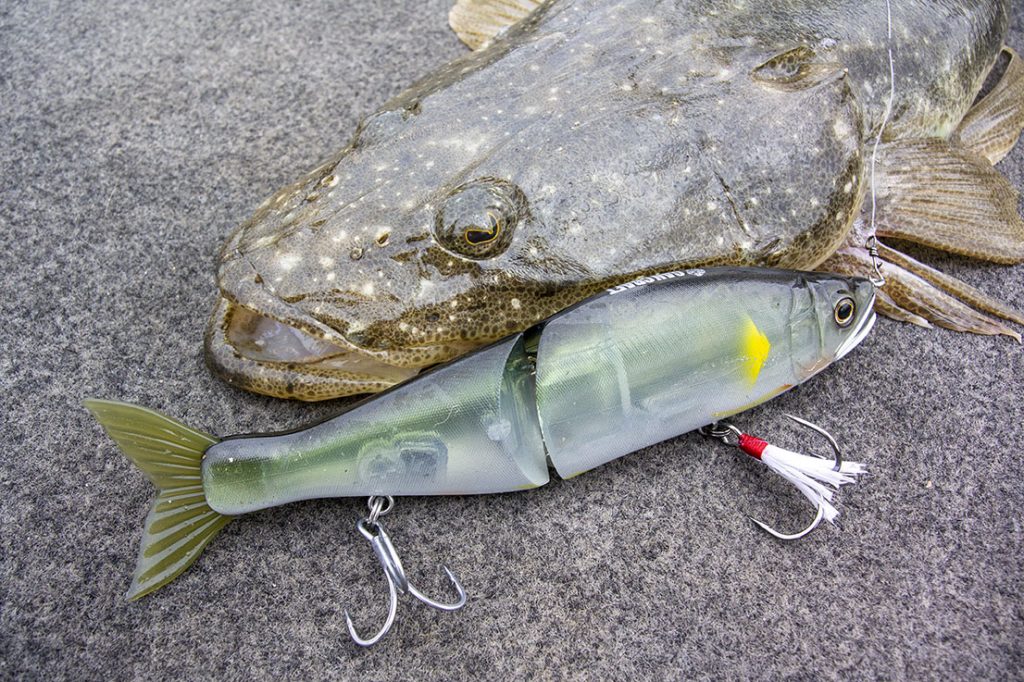 For these field tests I used the sinking Gan Craft Jointed Claw 178 in a number of locations, ranging from small streams to larger river systems.  The first thing you notice with the Gan Craft Jointed Claw is its immaculate finish.  No detail is left to chance with the end product. Appearance, patterns, finish and visual aspects of any bait are all important character traits of the presentation, but it is the action and performance in the water that separates the run of the mill lures from the high-end, top-shelf products such as the Jointed Claw.  Casting across a small spring-fed creek, the Gan Craft slithered and danced through the water beautifully.  On a challenging day when the bite was slow, the Jointed Claw attracted the attention of several quality cod when all other offerings failed to generate any interest.  The amazingly life-like side-to-side action mimicked a wounded baitfish faultlessly.  After several near-misses we finished with several quality river cod on the Jointed Claw. 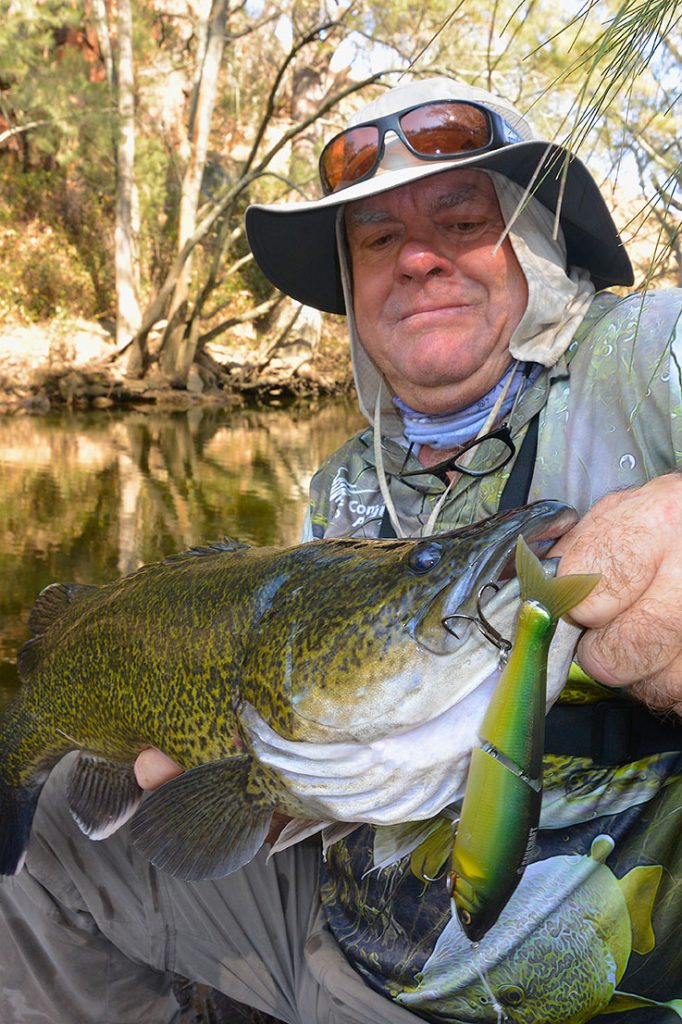 Some of the glidebaits on the market are fairly proficient at generating the wounded baitfish glide action, but what makes the Jointed Claw stand out is how user-friendly it is to swim.  The single joint characteristic, which defines a glidebait, is manufactured meticulously to enable flex and movement of the tail section with almost no rod work required.  I applied a methodical, slow retrieve, which had my lure swimming effortlessly.  With only a minor wrist flick, the Jointed Claw would immediately kick off to the side, making an attractive offering for the river cod I was pursuing.  This ease of use is an appealing aspect that shouldn’t be overlooked by either newcomers to this style of fishing or the seasoned angler who spends countless hours searching for that elusive trophy cod or barra.

The other key factor of a lure, that is difficult to gauge when it is still the box, is its castability. This is an often-overlooked aspect by anglers and can be the cause of great angst when out on the water.  I found the Jointed Claw to be not only a simple searching tool to use, but also an excellent casting lure.  The slender profile coupled with the well-balanced weighting of the lure made it a pleasure to cast.  Even with a moderate cross breeze, the direction of each cast remained true and allowed accurate casts in some tight river scenarios.  The density, weight and profile made long casts possible when fishing large pools of a river or when on the open water of a lake or impoundment. 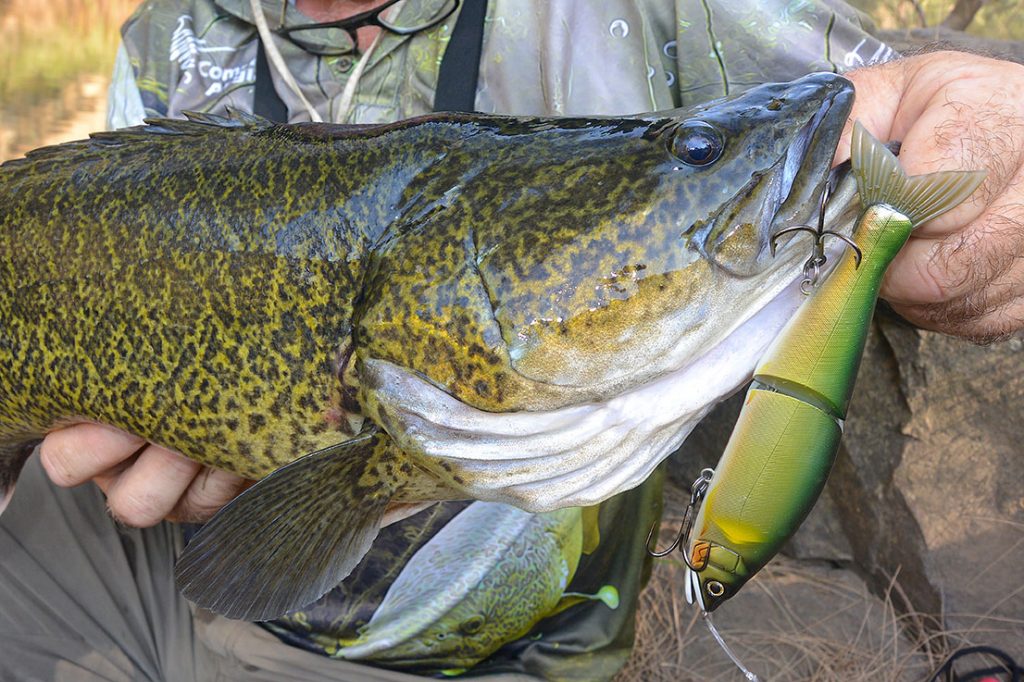 The river cod we landed while testing were holding tight in heavily timbered areas.  This meant we needed to lean into the fish immediately after hook-up to extract them from their woody lair.  Fortunately, I had upgraded the rings and trebles as I have been burnt before with these high-end glides, which are specifically produced for large-mouth bass in Japan and the US.  This upgrade of hardware had no effect on the action of the lure and is strongly recommended.

Visit www.gladiatortackle.com.au for info on size and how to purchase.