Back in March, just as lockdown measures were introduced, the editor passed on the new Abu Roxani 2000SH for me to review. As I’m a keen bream angler, he thought it would be a well-suited product for most of my fishing trips. I have never actually used an Abu Garcia spinning reel before, and I was keen to get out and put it through its paces. 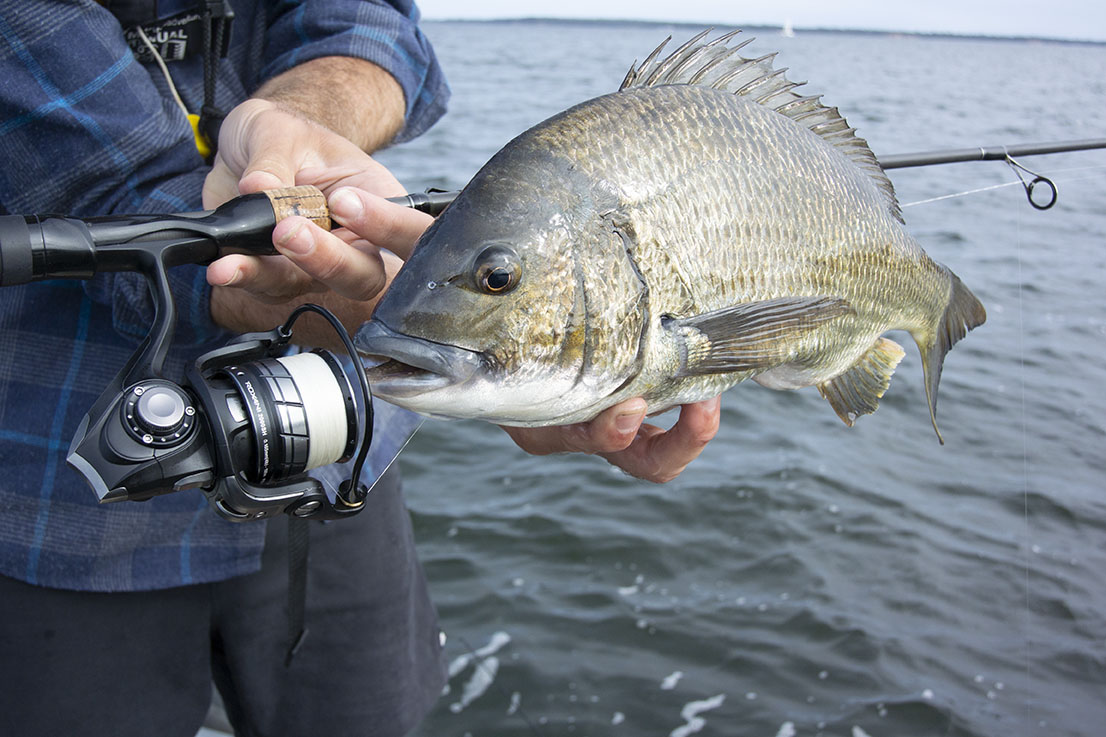 Aesthetically it’s a phenomenal looking reel, with a matt black body, Dura-Carbon handle, EVA knob and a subtle silver and red trim. Not only is it aesthetically pleasing, but it also feels good in the hand and balances well on rods in the 1-3kg and 2-4kg range. The range is priced in that $200-$250 price bracket – it certainly looks and feels good, and durability was something we wanted to put to the test, so we planned on working the reel pretty hard over a period of months.

This reel features the Salt Shield concept, which coats the reel bearings with a water-repelling shield, and claims to reduce the affect of saltwater on the reel. This feature would be great on any reel, but really is excellent for a mid to low-priced reel like the Roxani – we just had to see if it worked.  The 2000SH model possesses 4kgs of drag – not that you’d ever need that while bream fishing, but the peace of mind knowing you can crank that drag up and turn the head of most estuary species you’re likely to encounter is nice to know. The fast 6.2:1 gear ratio is a feature unique to Abu Garcia’s spinning reels. It is a feature that distinguishes the Roxani from other small spinning reels and one I appreciated over the course of the review.

Although concerns might be raised about winding too quick with such a small reel, I believe it is a redeeming feature and, after all, you can also wind slower. It’s an advantage when working lures in fast currents such as trout streams, working jerkbaits, and really comes into its own with topwater presentations. I spent a lot of time slowly working deep-diving crankbaits with the Roxani and didn’t have any issues with its cadence. 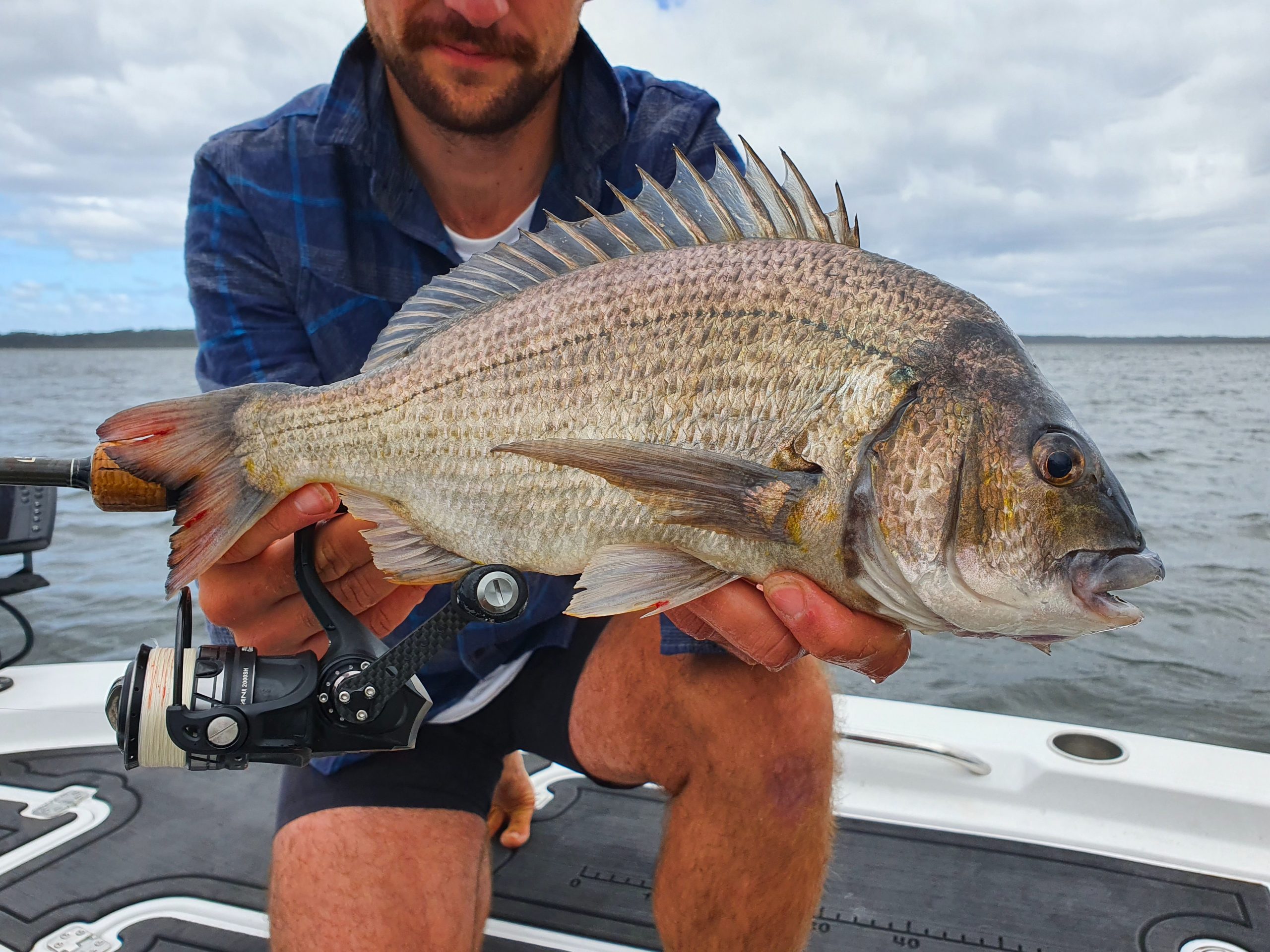 Where I really appreciated the fast gear ratio was when structure fishing. The Roxani offers a tough and smooth drag that doesn’t need many turns of the drag knob to make a dramatic difference. While you need to be careful with this, it doesn’t take long to get used to and paired with the high-speed gear (at 82cm per crank), this makes for a very effective structure machine. The ability to lock up quickly on a big black bream and turn its head away from structure allowed me to land quite a few fish rather than get cut off.

The reel also stood up when fishing big expansive sand flats for bream and flathead. While the reel has ample grunt and power, it also carries finesse in spades. There is no doubt that without a smooth drag, using small light-gauge treble hooks and jig heads can result in hooks pulling or bending. However, as important as it is to have a smooth consistent drag system, I think the loud clicker drag that this reel possesses is the key feature.

In addition, the consistent line lay allows for greater casting distance when using light lures. The ability to launch a little three-gram lure 30 metres with the wind, taking off almost half of the PE 0.8 braid spool capacity, is a big highlight. The consistent line lay means easier line management, so you spend more time fishing and less time untangling knots.

Another important point to note is that some small 2000-sized fishing reels tend to feel as though they are ‘flexing’ or bending under load when fighting a fish, particularly extremely light reels. Even though the 2000SH weighs in at a measly 206 grams, when using the Roxani, you don’t feel that ‘flex’ experienced with other reels around the same price point and weight class. I believe this stems from the one-piece Durametal body. This is an aspect of many light fishing reels that regularly goes unnoticed until you’re fighting a fish. This was apparent on a trip to Bemm River when a huge tailor took off at lightning speed and put up a good 10-minute fight where we had to beach the boat and chase the fish on foot. Furthermore, the lightweight nature of the reel means you can cast with it all day without fatigue. This is an important feature for many lure anglers and a key consideration before buying a new reel.

After using the Roxani for many months, and catching many fish, I can safely attest to its durability. It’s still smooth, with no negative issues in the usual places such as the line roller, bail mechanism or any grinding in the gears.  For such a small, light and compact reel, it is really tough and durable. 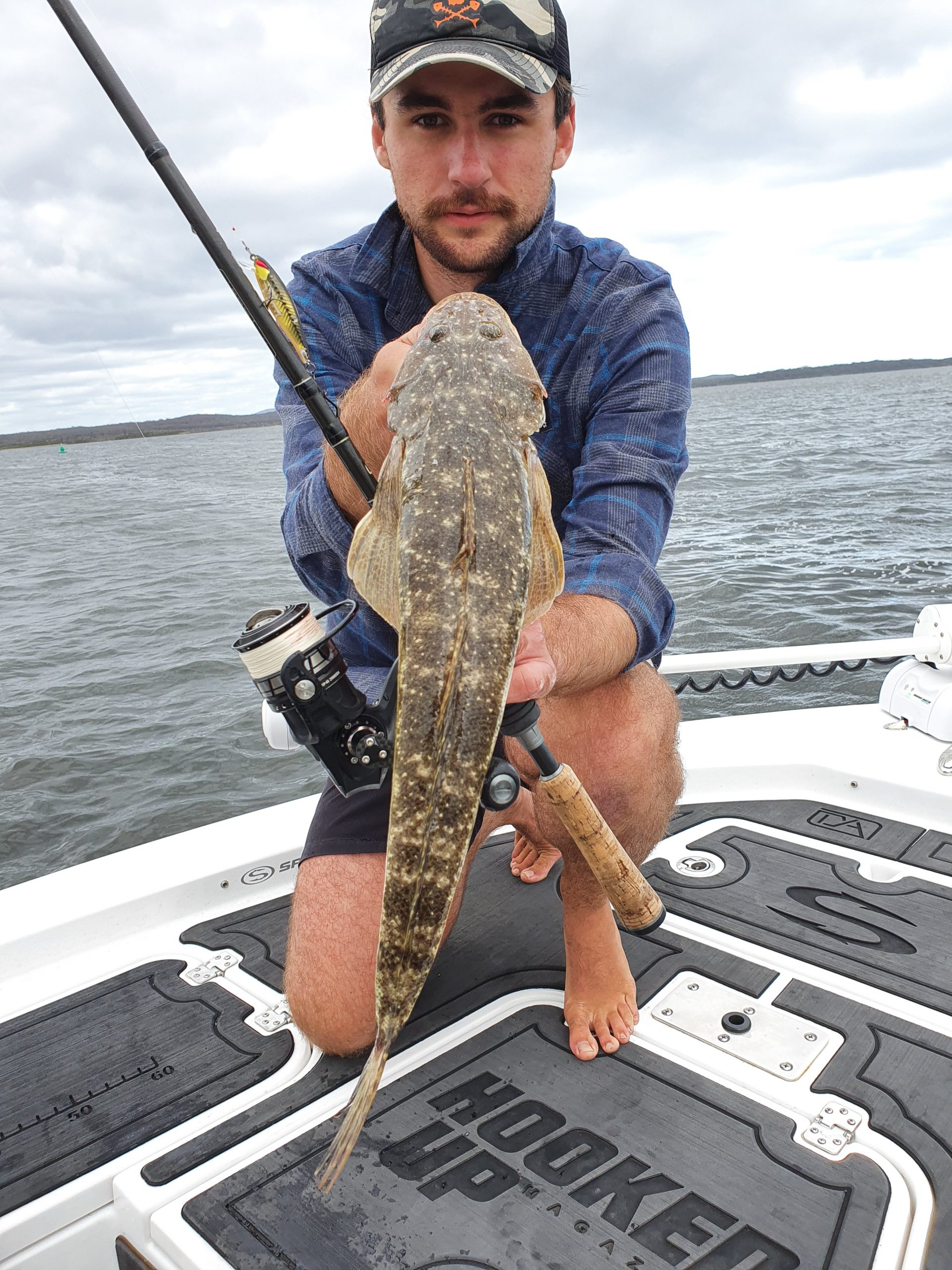 The combination of great aesthetics, durability, light weight and great line management make this reel almost unrivalled at the price point. If the Roxani belonged to the fleet of some of the big Japanese spinning reel brands, I have no doubt that the price point would be significantly greater. As such, I would strongly recommend considering the Roxani, with the 2000SH model having the versatility to cater for all your trout, bream, bass, flathead and whiting needs.  I would honestly recommend this reel to any avid fisherman.