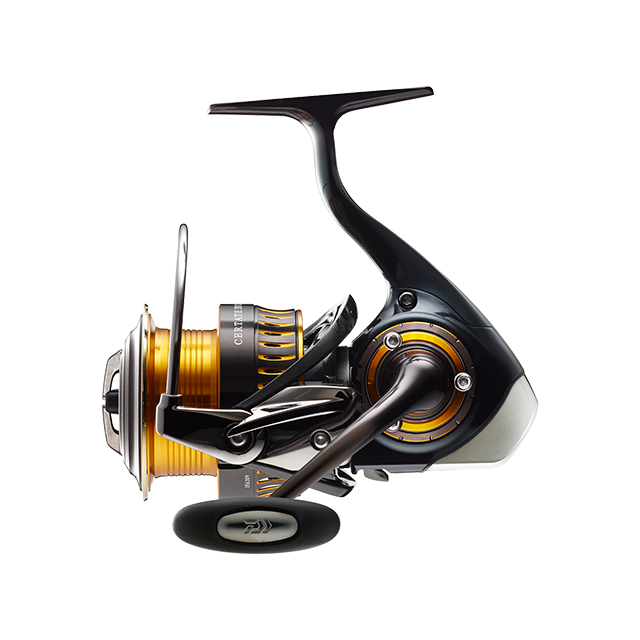 For any fanboy or reel enthusiast the launch of a new Certate is always an exciting time. Not only has it always been an amazing and popular reel, but this is the model Daiwa has always launched its new technology with. The newest piece of tech, and quite a dramatic one, is Daiwa’s new monocoque body. This feature is only on Certate models in sizes HD3500 and HD4000 so we won’t be reviewing that feature in this issue. The review reel is the popular size of 2004 and we’ll assess the HD series with monocoque body in a later issue.

Aesthetics are, of course, a personal preference but there is a general consensus among fishermen as to how a reel looks. When it comes to fishing gear you probably can please most of the people most of the time and Daiwa has certainly done that with the new Certate. It looks amazing. Black and gold is the theme and they’ve done it well; it’s understated, classy, refined and – importantly – the looks match the price tag. The spool design, in my opinion, is gorgeous and I think it is the best-looking reel Daiwa has ever made. I think it’s important that regardless of how functional or reliable a reel, or any sort of fishing gear may be, it should look amazing if you’re shelling out some decent dollars for it and the Certate delivers.

The Certate is a heavy reel when compared with other Daiwa models of a similar size. The 2004-size Certate weighs 230 grams and the comparable Silver Wolf weighs 195 grams. So if you’re looking for an ultra-light reel, the Certate may not be for you. The Certate has always  been heavy and this is what this model is all about. As refined and delicate as it may look, it’s a solid workhorse of a reel that’s designed to withstand pressure. With the same reel, you can target bream then go out the next day and catch snapper. The weight difference is largely attributed to the Certate full metal body, which weighs a fair bit more than the ultra-light Zaion that is used in many of Daiwa’s reels. 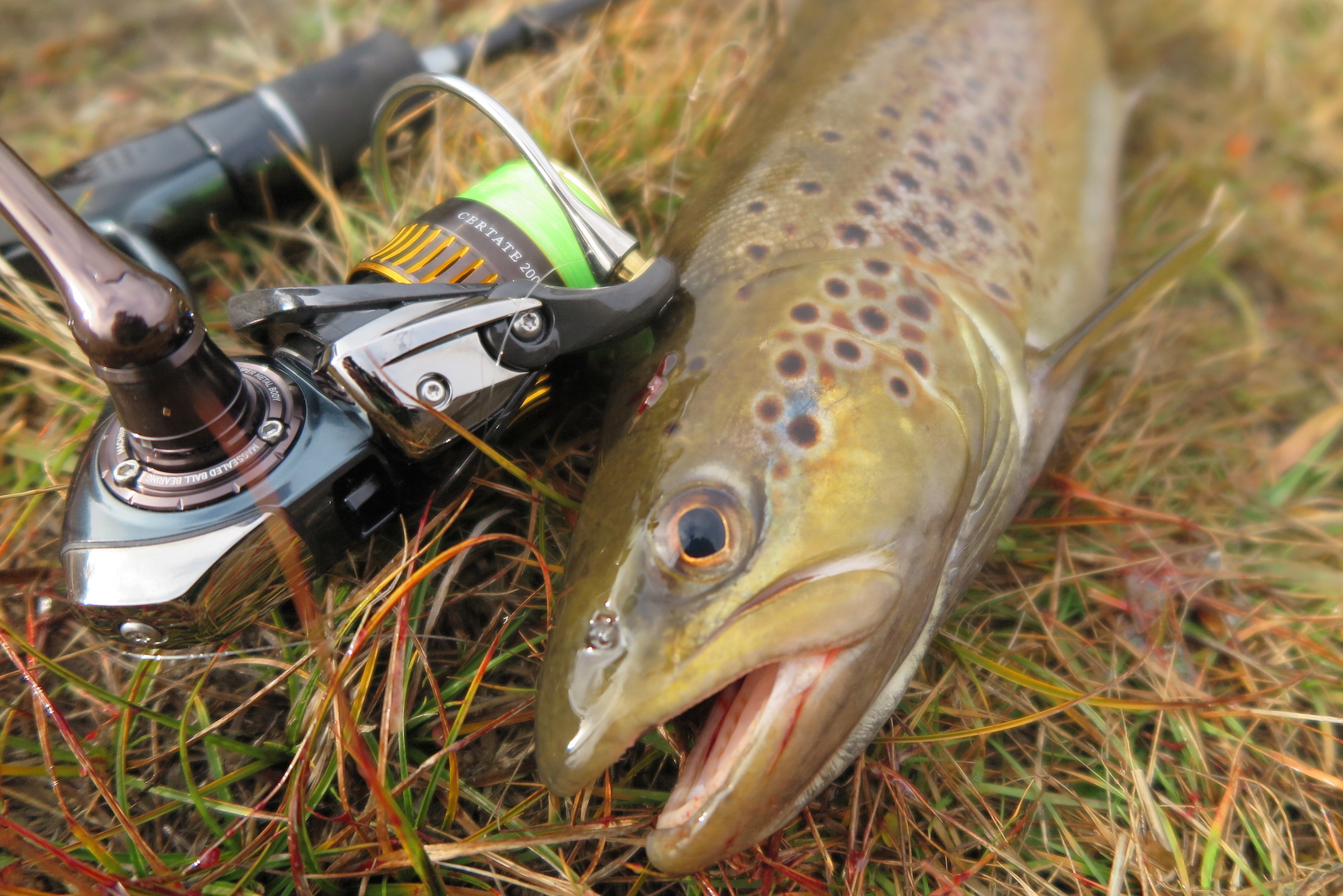 For the test period I used the reel on the Eucumbene River targeting trout (read the full report in this issue). I matched it with a Daiwa Commander Bayonet 1-3kg rod and the reel spooled with Daiwa 12 Braid PE.06. Together it’s a beautiful outfit that any angler could appreciate. The new Certate spool offers effortless casting and ridiculously smooth and quiet operation. It’s one of the smoothest reels I’ve ever used and easily the smoothest reel on the market at its price point. The 2004’s 4.8:1 (64cm) gear ratio is too slow for fishing a fast river, and I struggled a little in this department, but it’s the perfect retrieve for working cranks, minnows, vibes and soft plastics in waters where strong currents and river flow aren’t an issue. However, the gear ratio didn’t stop me from catching a lot of fish – I just had to work a little harder. For those wanting a high-gear version in this size range, it isn’t available, but the new trout specialist Silver Creek 2004 with a 5.6:1 gear ratio will be perfect. 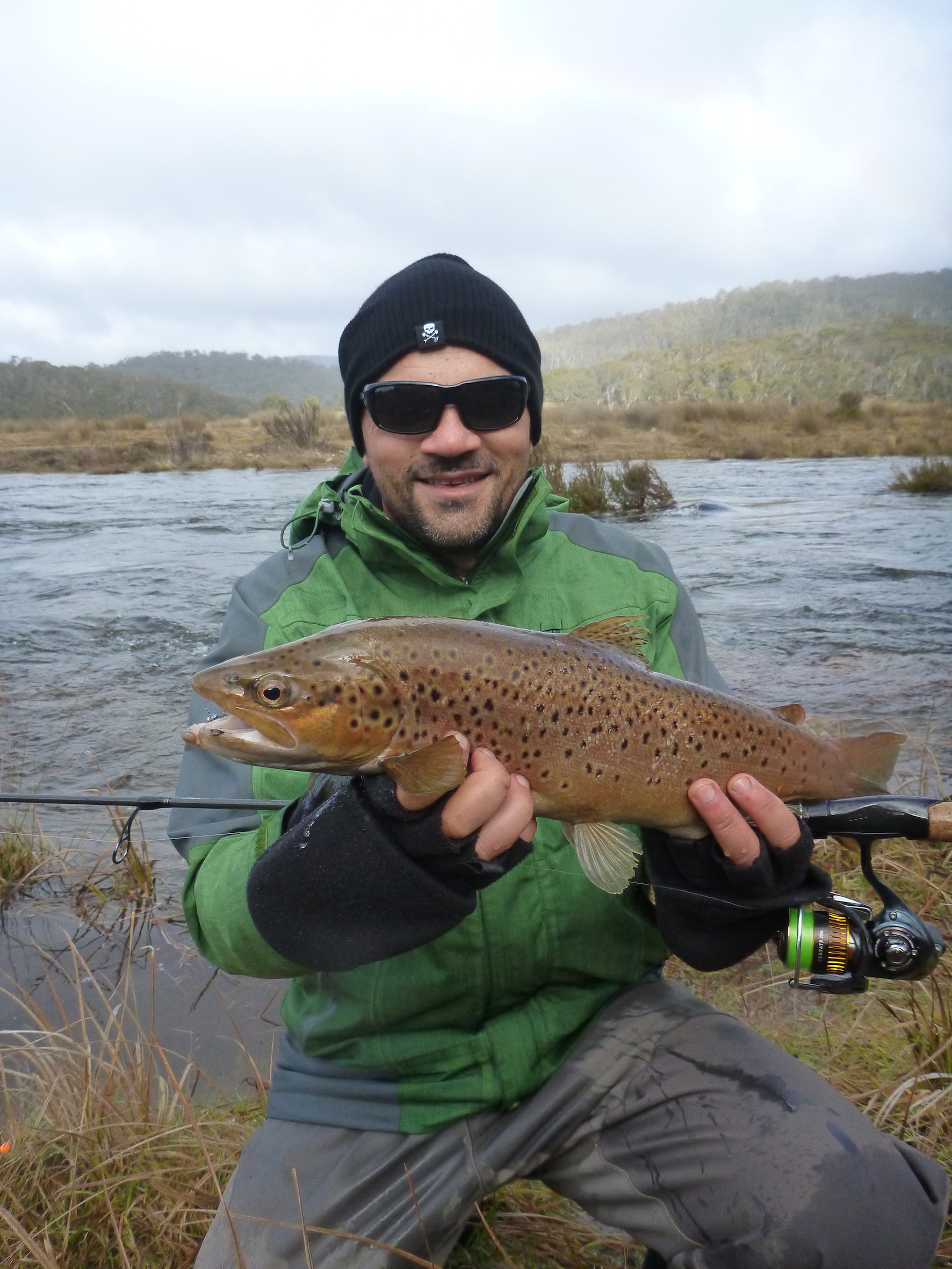 The drag on the Certate is without doubt like no other drag I’ve used before. It is ridiculously smooth and quiet. It’s so smooth and quiet that I actually had to look down at the spool on two occasions to see that line was coming off. You can’t really feel or hear anything. It’s actually quite strange when a fish runs as your rod just maintains an even pressure on the fish without any jerks or stutters. This performance comes from the ATD drag system. I’ve used the new ATD on several other Daiwa reels over the past year and while they were great, they performed nothing like this. Daiwa says the drag hasn’t changed but it must have refined something in the stack or the grease to get it to this point. Throughout my testing I found the ATD on the Certate to be markedly superior to the drag on previous models I have used. It really is amazingly smooth and quiet.

This is an amazing reel that has significant improvements on its predecessor in both aesthetics and function. It’s highly versatile, comes in 10 different sizes and its all-round performance is outstanding. On top of all this I presume – based on other Daiwa reels with the same tech – it will be highly durable due to its Magsealed bearings and line roller.

No high gear available
Heavy for its size