The name BG comes from one of Daiwa’s very early (1981 to be exact) spin reels known as the Black and Gold. It was an affordable workhorse of a reel that can still be found in good working order almost 40 years later in the corners of sheds and garages all over the world. In 2016, Daiwa came out with the BG, a modern take on the original BG that was was largely black with gold accents, braid and saltwater-ready and a great price.

2020 has seen the release of the new BG MQ and it’s a far superior reel but it does come with a price increase. In the case of the 5000 size that I tested, the 16 BG was around $240 and the new 20 BG MQ $319. Eighty bucks is nothing major, but it’s also nothing to sneeze at. However, I believe the new model offers better value for money so let me explain why.

It’s now definitely just BG and the reference to black and gold is a thing of the past, as this reel has no black or gold anywhere to be seen. It’s grey and silver, less aggressive, more refined but looks like a reel that could sell for double its price tag, a feat very few manufacturers can pull off. 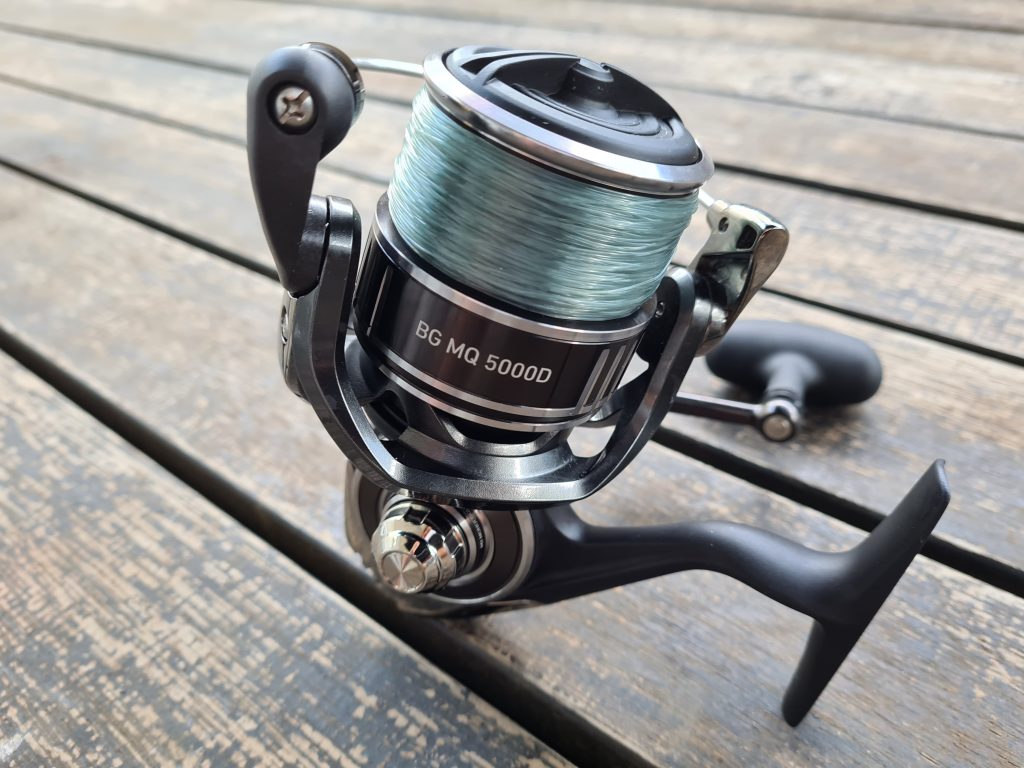 The biggest and best feature of this new model is the Monocoque (MQ) frame, which is one-piece and less prone to flex under heavy drag pressures. It’s also more compact and better sealed. The other defining feature is the body material, which has moved to Daiwa’s Metal Alloy and is dramatically lighter yet stronger and less prone to flex under pressure. The number of bearings has remained the same, yet the reel is markedly smoother than its predecessor.

Being snapper season here in Victoria, that was the target species and the 5000 is the perfect size for snapper of any size. It feels good in the hand, can cast a whole silver whiting with ease and the large T-style handle is comfortable and grippy, even with wet and slimy hands.

It was a warm November night when my cousin Dean and I headed out after work to try our luck for a snapper. The bay was a dirty black, there wasn’t a breath of wind and tide change was a few hours away. I had made the call to my mate Kozi to see if he could spare some fresh squid from the previous day’s calamari session he had and he obliged with a big southern calamari and a small arrow squid. 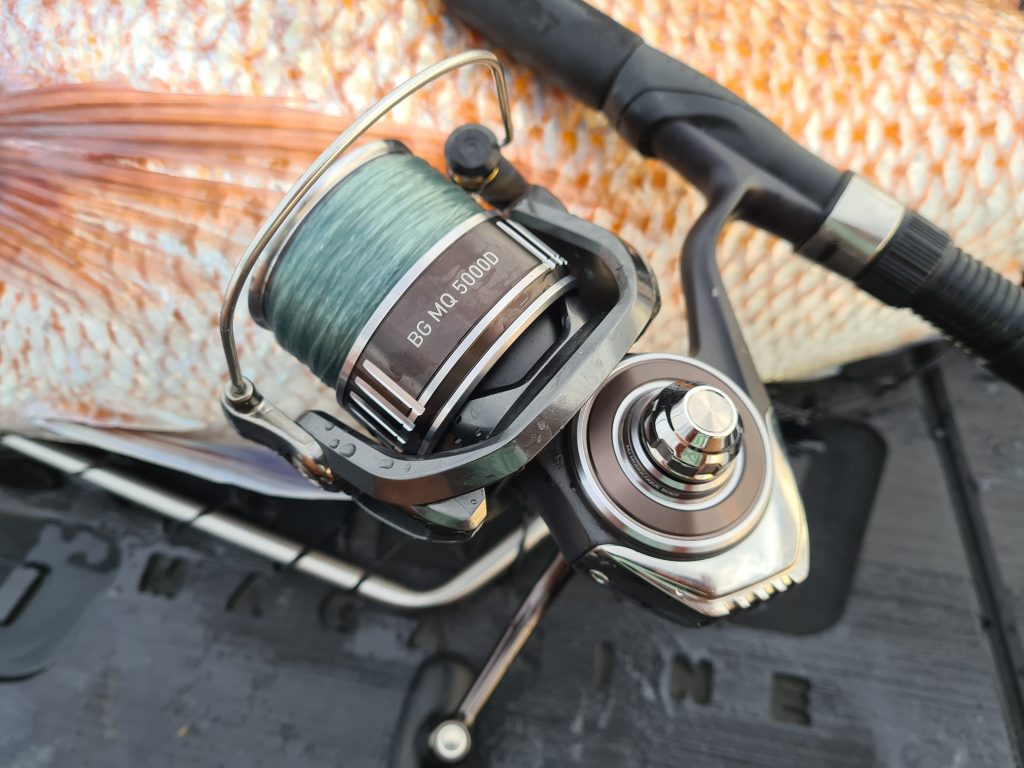 After sounding some great fish we set out a spread and after a quiet hour, I checked my silver whiting on the BG that I had paired with a Daiwa Strikeforce rod (a Compleat Angler exclusive model that is an excellent snapper bait rod). I grabbed the arrow squid and put that on, thinking it could make the difference, and five minutes later as I was in the cooler grabbing a drink, I heard that BG scream off and turned to see my rod buckled right over. I picked up the rod, as the run ended I had a few pump and winds, and then it screamed off again, a healthy drag sound that you’d easily hear on a rough day or while trolling (but not new Saltiga loud, which is awesomely loud). 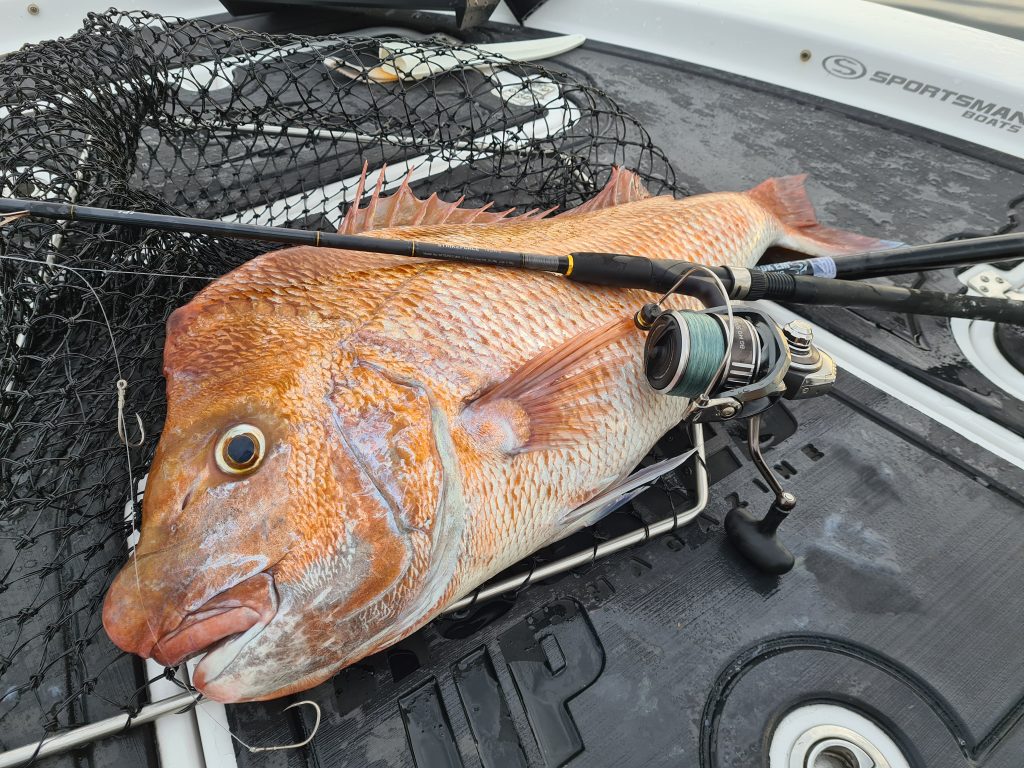 I knew it was a good fish. There was a few moments of slack and panic as the fish strangely ran towards me twice but the BG allowed me to quickly take up the slack. Dean then started to question if it was a snapper but the big head shakes left no doubt in my mind this was a snapper and a big one. Once it was two metres under the boat we saw it through the dark water and both called it for a big fish. I let Dean know his likely fate should he mess up the net shot – fortunately he didn’t, the fish hit the deck and there was a moment of silence at not only a big fish, but a big knobby-headed, snub nosed old-man red, a rare and sought-after capture in Port Phillip Bay, where our snapper are mostly pretty and smooth.

I’ve been waiting to catch this fish since I was five years old ­– I was stoked. At 8kg it was my PB and to get it while reviewing a reel was great and I’m lucky the BG performed so well. It’s rigid and tough with a smooth operation and what I believe is Daiwa’s first reel that has all the attributes (including price) of a great Melbourne bait snapper reel. I wouldn’t hesitate to recommend it to any keen snapper angler looking to upgrade their reels. It also doubles as a great reel for gummy sharks, tuna and kings. The BG MQ offers style, performance and great value for money.