Last year Daiwa unveiled its latest and most major design platform since the advent of Magseal with the new LT range of reels. LT was introduced to Australia by way of the Sol and it was quite a significant change. Refreshingly, this wasn’t just a range of new colours and a fancy name for some new material – it was a dramatic change.

LT stands for ‘light tough’ and as soon as I picked one up it was clearly apparent it was much lighter than its predecessor. Not only was each model lighter than its predecessor, but it was also smoother, had more bearings and claimed to be tougher. Another big move from Daiwa is a change to its sizing. Gone are the 1003, 2004 and 2508 variations; sizing has gone down a more traditional path, in line with Shimano’s sizing structure of 1000, 2000, 2500, 3000, 4000, 5000 and 6000. A major change and a dramatic difference from the Daiwa of old. These reels are about bigger fish, more line capacity and a tougher product. 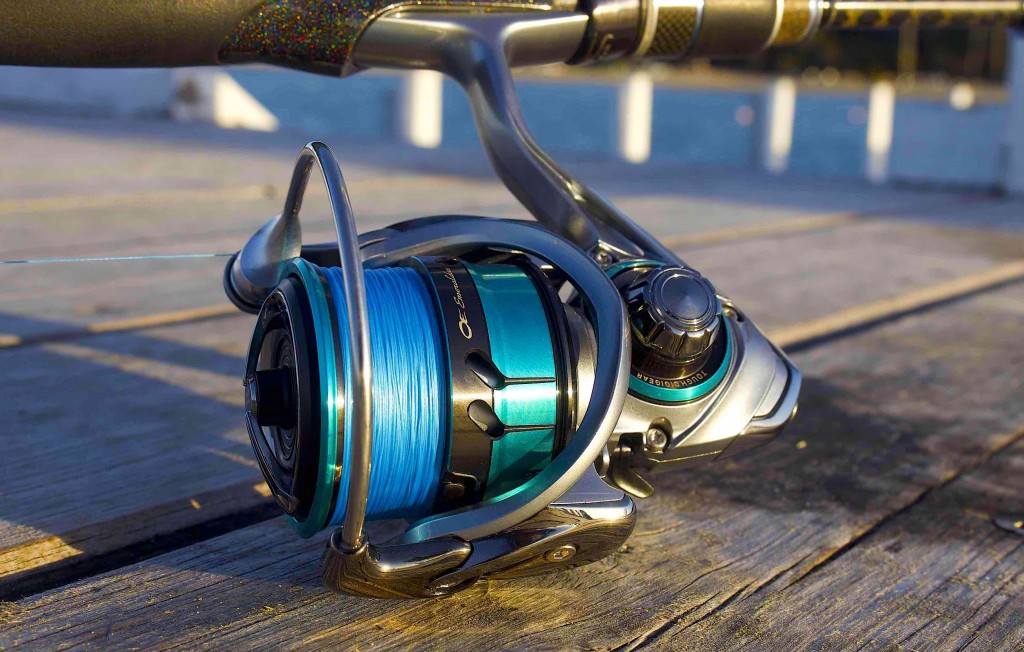 The light and smooth claim of LT I can attest to – each LT is dramatically smoother and lighter. Regarding the claim of tough, well the jury’s still out – only time will tell and no one at Hooked Up has had quite enough time as yet. However, I spoke to my local dealer, who has sold many LT Sols and they’ve had no returns after 14 months, which is reassuring.  Since the Sol was released the LT platform has rolled out the Exist, Caldia, Freams, Exceler, Legalis , TD Black, Silver Creek and now Emeraldas Air, which we have for review. As each LT model rolls out it supersedes the older model.

Egi enthusiasts love the Emeraldas, but as an egi enthusiast myself, I’ve never been a fan. Don’t get me wrong, they’re great reels, but Daiwa Australia has never brought in the high-gear versions of the Emeraldas, they’ve always been available only on the Japanese domestic market, and in my opinion, unless you’re specifically targeting squid tip-run style in deep water, there is no advantage in a low-speed or standard gear egi reel. So I’ve always opted for the high-speed Certate and Luvias models in 2510PE-H (high gear) and upgraded the knobs with egi friendly knobs.

Much like jerk-baiting and stick-baiting, working a squid jig requires fast jerks of the jig followed by quick retrieval of slack line to then again impart action, which is hard to do and limited in its application by a low-speed reel. Believe me, I’ve let the powers that be at Daiwa know about this many times and maybe they’ve listened as the new LT Emeraldas is now available only in high-speed! There are two versions, a 3000S-CXH and 3000S-CXH-DH (double handle). So just based on this, you can pretty much stop reading and go buy one. Seriously though, keep reading. 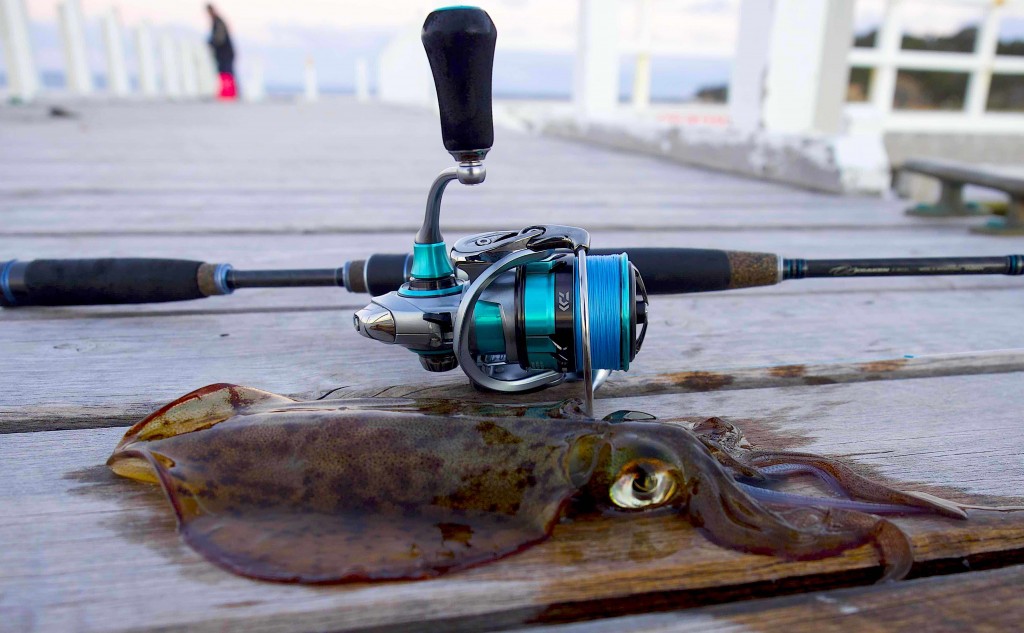 Gone is the bling

First impressions on viewing the new Emeraldas Air is the colour scheme – that aqua/emerald motif that harks back to the emerald colour of a squid’s eye and the reel’s namesake is still there, but the purple, gold and dazzle of the old Air is gone. Daiwa has gone for a much simpler aesthetic on all the LT reels, from the Exist through to the Exceler, and I expect we’ll keep seeing this across the range. Another fact that may alarm some is the new LT Air is no longer made in Japan, it’s now made in China. Daiwa assured me that machinery and tooling for the LT range out of the Chinese factory is outstanding. In fairness the Air is now at least $200 cheaper than the previous version, which is quite a chunk of cash – you’ll now be getting the Air for around the $500 mark.

Once you pick up the LT Air you may start forgetting about how it looks or where it’s made. The new 3000 size is perfect, it’s the same size as the old Daiwa 2500 range, which is the perfect egi size. It’s ridiculously light and gorgeously balanced. It’s so light I wonder where all the internals have gone. It’s fitted with nine bearings plus a roller bearing, can dish out 10kg of drag, 7kg of which you’ll probably never need, and can take 200 metres of 0.8 braid and weighs only 180 grams. To put that into perspective, it’s only 5g heavier than a 1003 Luvias. I was apprehensive that on the rod the ultra-light weight would feel strange and hinder action, but it doesn’t, it feels better to jig with and balances the rod better.

It’s buttery-smooth and is equipped with a perfectly sized handle that’s adorned by an all-new extra-long EVA knob. It’s maybe the perfect egi knob for single-handled egi reels and unless you’re doing it for aesthetic purposes there is no need to change or upgrade the knob. I don’t think you’ll find anything better from Custom Project or RCS. Even if you jig all day with the most violent and complex egi action, you’ll love the ergonomics of this reel. Spools of the LT aren’t interchangeable with previous models, although handles and knobs are. The new spool features a larger diameter drag knob that it is wider and higher, so you can make drag adjustments easier. It’s not as advantageous on an egi reel, but in the heat of battle where you’re scared to move your hand to make an adjustment, you’ll appreciate it. I didn’t notice any other advantages to the new spool design aside from the reduced weight; casting and line management was always great and it still is.

The ATD drag system is silky-smooth as always and a few rogue Australian salmon swimming by allowed me to put that to the test, which was great as I had only managed to tangle with small squid. As I said earlier, best of all about the new model is the high gear ratio, which makes working your jig a breeze regardless of action. 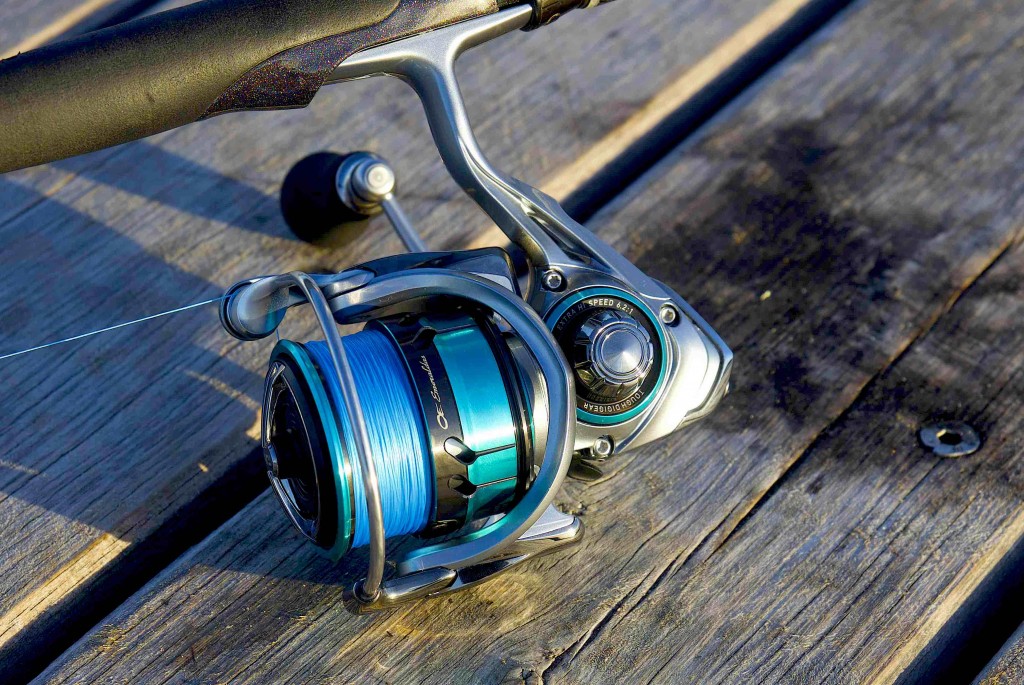 Daiwa has delivered a better Emeraldas Air. It’s better in every facet of its performance and the LT platform has brought reel technology into an new era. While some may balk at the fact the reel is no longer made in Japan, you’re getting a better Air at a significantly reduced price. 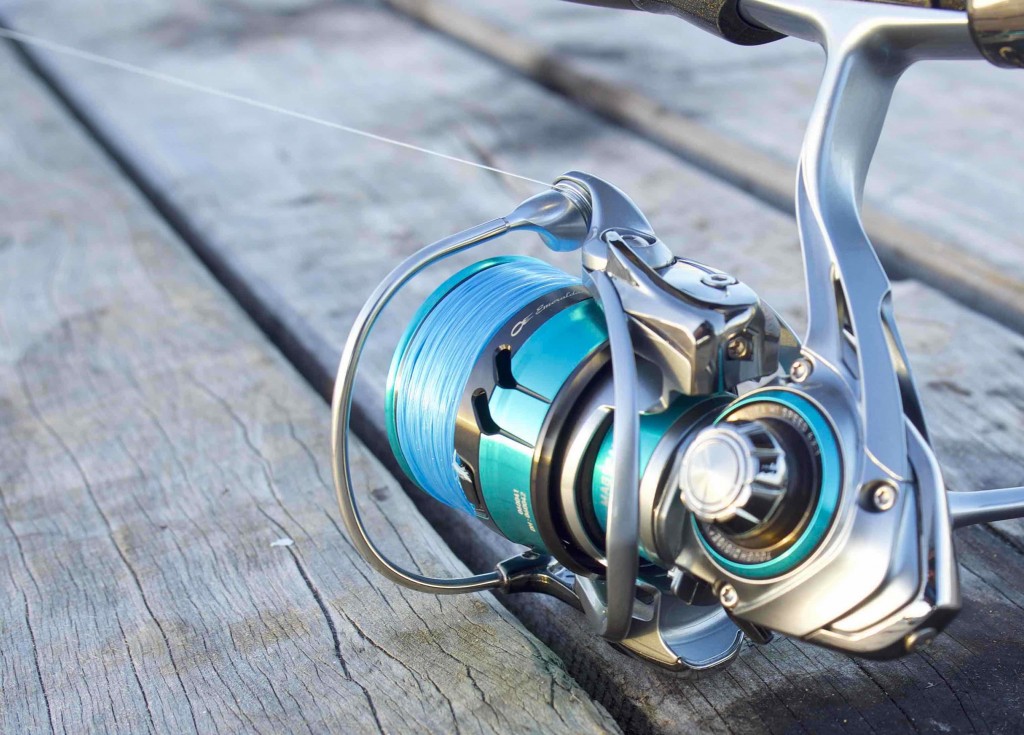