Let’s get something out the way before you bother reading any further. If you’re looking for a subjective review, forget about it, the Daiwa Surf Basia is without doubt the best surf reel I have ever used. Everything about this reel is a league above anything else on the market when it comes to a spin reel for the surf. If you want to keep reading why I love it so much read on. 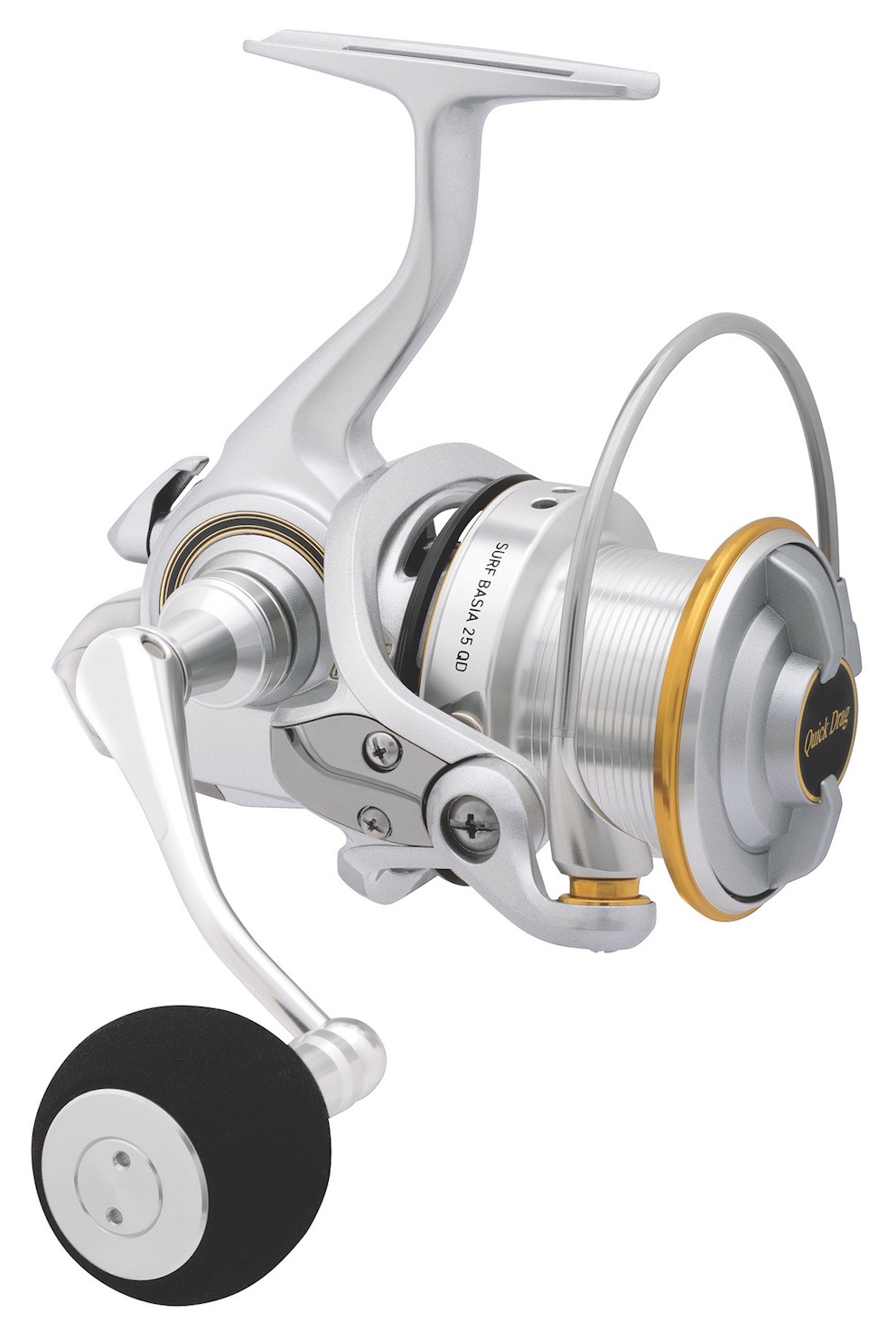 At only 430 grams the Basia is very light for its size. This is largely due to the light but very strong Zaion body, and the hollowed out construction of the air rotor. Operation is silky smooth with 8 bearings and one in the line roller. Line management is importantly outstanding with line casting off the spool with ease and winding back on perfectly. A folding 70mm cut aluminium handle with a large EVA knob suit the reel perfectly and provides a very comfortable point of contact during the fight.

When surf fishing before you even catch a fish you’ll often come across large clumps, and sometimes extremely large clumpos of weed which will require some serious cranking power. The basia has the goods when it comes to cranking some heavy weight and whether some nasty weed or a 12kg gummy shark is on the other end of the line it can handle it. Everything aboiut its design screams quality and refinement while also feeling very strong and durable. Best of all for a reel that is in constant contact with salty air, salt water and sand, the internals are magsealed which offers outstanding internal durability.

The greatest feature of the Basia is the quick drag system and one that if you don’t quite understand it may puzzle you. Basically the quick drag system works the same as a standard drag except half a turn of the drag knob is equivalent to maybe three full turns on a standard reel. You have a whopping 12 kilos of drag on the Basia so you need to play around with it for a minute to get used to its sensitivity. Basically the Quick Drag system allows you to use the Basia like it has a free spool function but without the need for a separate lever and actually offers a lot more control. So if you did want to set the reel on minimal drag so a fish can run with the bait without feeling weight, you only need a very quick turn of the drag knob to engage enough drag to set the hook and fight the fish. The main advantage though is when fighting a big fish in the shore break of the surf. Once you bring a big fish to the shore break you’re not just fighting the fish but the pull of the waves as well. This point in the fight is when many fish are lost as excessive pressure is placed on all aspects of your rig and line. 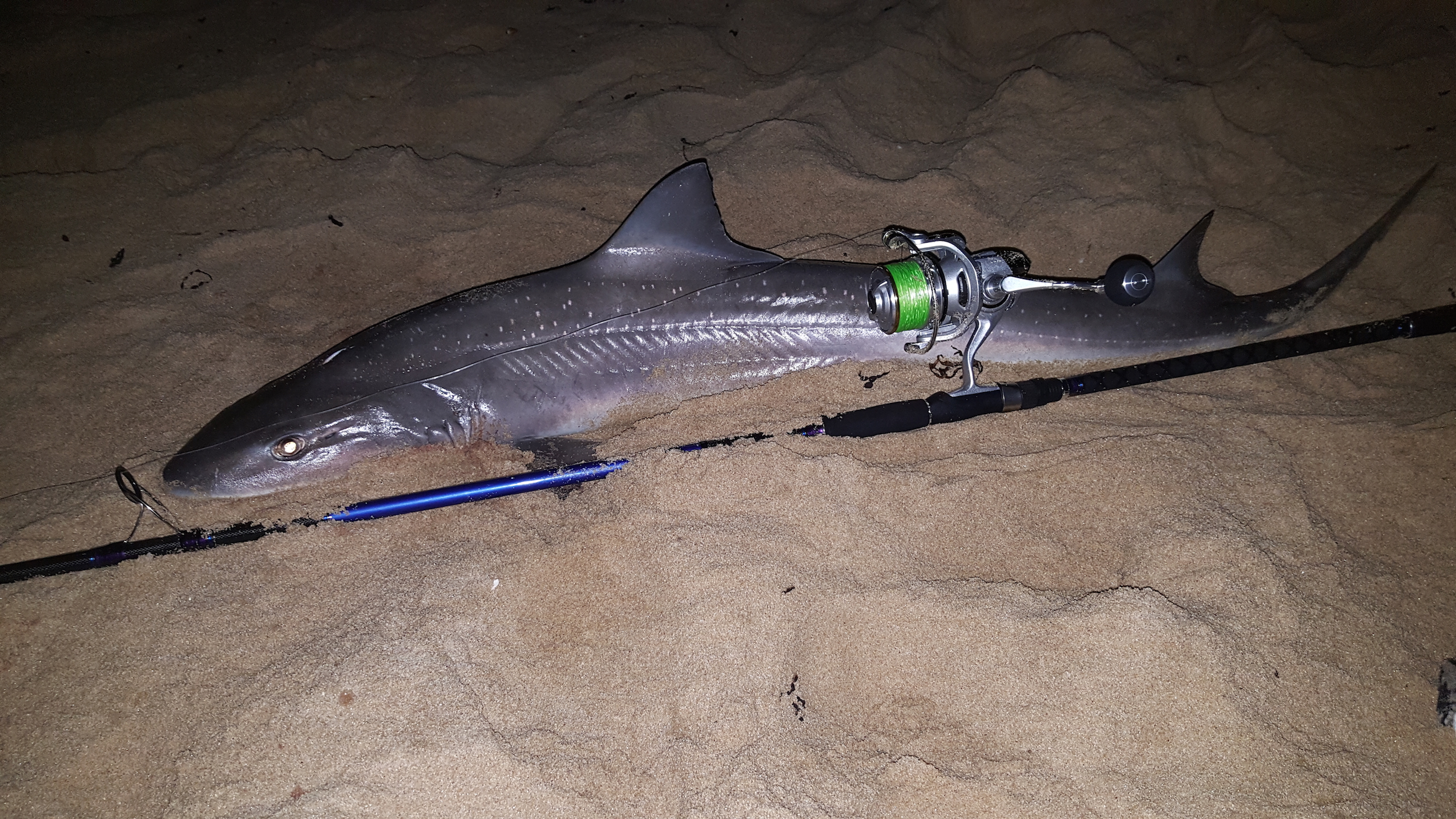 The pull of the waves can cause so much pressure that pulled hooks, broken knots and snapped lines are all a common issue. In this situation you need to back off the drag as the fish runs out with the natural receding pull of the wave and then increase pressure to be sure it doesn’t take too much line out and you don’t give it any slack. The quick drag system allows you to do this quickly and efficiently without having to take your hand off the rod for long and fumble around with the drag knob in the heat of the battle. I caught the pictured gummy fishing solo so had to time the landing with the waves and beach the fish. Without the quick drag system it’s highly likely that I would have lost him in what was a five foot shore break. I was constantly backing off the drag as the fish ran out with the waves and then increasing the pressure as it came back in to keep the fight as short as possible and maintain pressure on the fish.

I can see the Quick Drag system being extremely useful for anglers targeting drummer and luderick on rock platforms and any form of fishing where waves are an issue when landing fish. This feature would be useless with a clunky drag and the Basia offers an ultra smooth drag stack so you can confidently work the pressure off and on.

I have the Basia spooled with 50lb J-braid which is pretty heavy, however I need the heavy braid to withstand the harsh weed and terrain where I surf fish. This reel is also perfect for lighter lines for targeting salmon, tailor, drummer and luderick. It’s the perfect compact size for a range of land based fishing scenarios.

One thing that must be noted is that the Basia doenst come cheap, and nothing this good is cheap, at around $650 you’re spending a bit of coin but its well worth it. The Basia is a reel for the land based enthusiast that wants the best performance and durability. The only negative I could find is the 4.1:1 gear ratio may not suit anglers wanting to spin slugs at high speed, however, it does retrieve 82cm of line every revolution, which is still pretty quick.