With current restrictions on where we can travel here in Vic I didn’t have a lot of options as to where I could put the new Penn Battle III to the test for this review. I chose to battle with some offshore gummy sharks and the assorted very large bycatch that comes along with targeting them. A few giant smooth rays, bronze whalers and seven gill sharks will soon show any weaknesses in a reel. I also think that with a price point of $260, if this reel could handle the task of big gummy sharks and the associated bycatch that comes with them, then it was a winner that many anglers would appreciate as a saltwater workhorse that doesn’t break the bank. 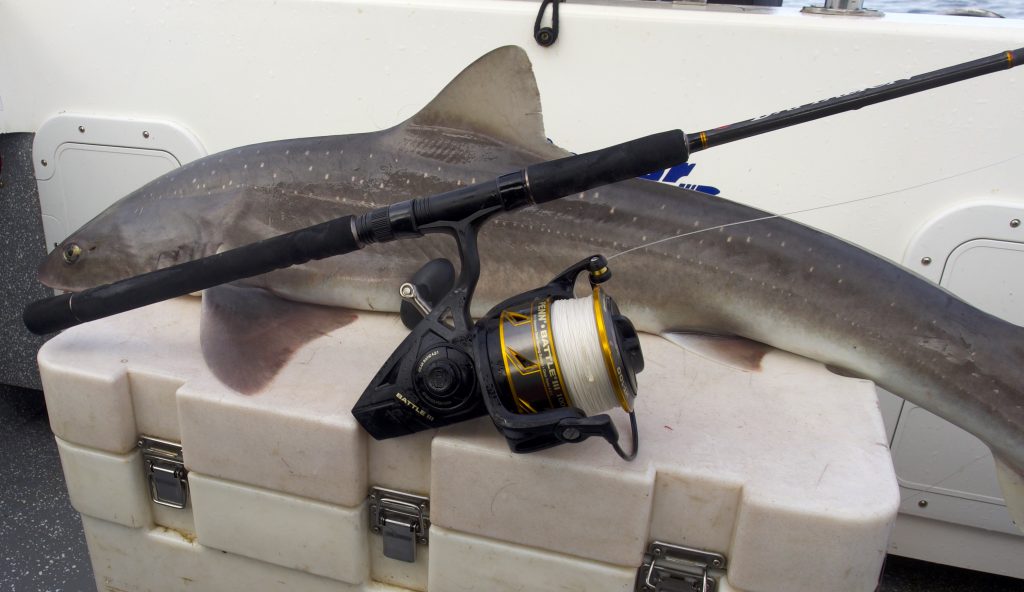 When the editor first asked me what size reel I use for this style of fishing, I told him 10,000 sized reels are spot on. When I received the Penn, well, I thought it was a 20,000. Penn’s sizing structure is a little different to other companies, which is fine, you just need to be aware, a 10,000 is huge, it’s double the size of a Japanese 10,000. The 10,000 is the biggest reel in the Battle III line up, it can take 450m of 80lb braid, dish out 18kg of drag, has 5+1 bearings, a 4.2;1 gear ratio and has some weight to it. It’s not a reel that’s ideal to use for casting lures all day, but presents as the perfect tool for jigging, trolling, bottom bouncing, live baiting off the rocks or even surf fishing.  In these styles of fishing it’s going to be exposed to a lot of salt water, sand,  blood, slime and bait and the jury was till out whether it could handle it.

A great feature they’ve implemented in the line up of Battle III is to colour high-gear models black and red and standard gearing with black and gold, so it’s easy to identify what you’re after in store or on the boat if you have multiple reelsj . They look great and the full metal body and side plate paired with the alloy spool make them feel very tough and ready for battle (no pun intended). 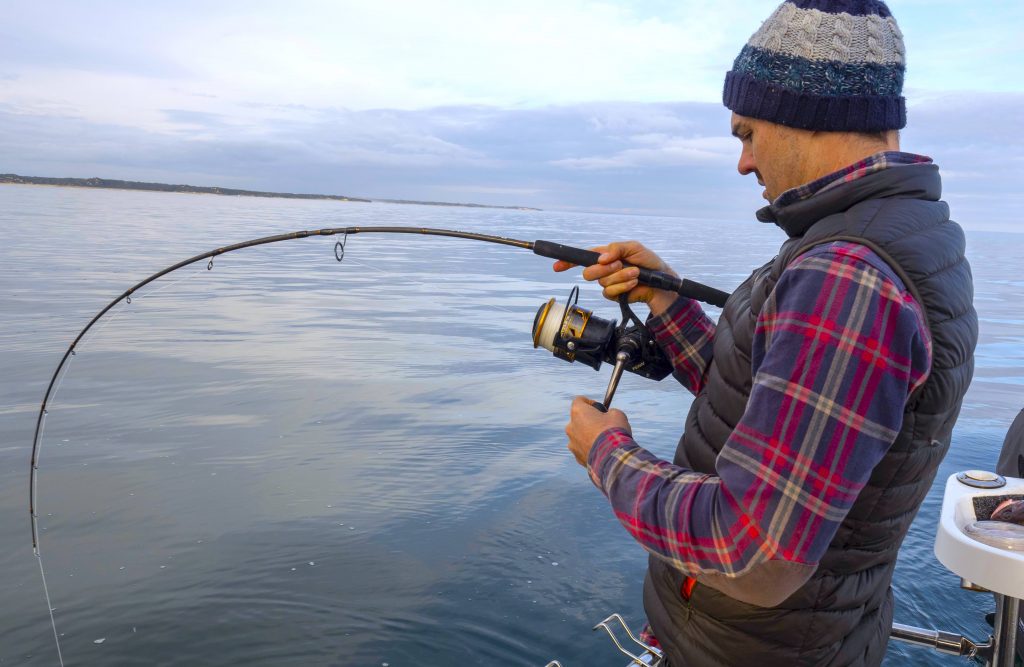 I headed offshore, quickly captured some fresh bait and put out the Battle III matched to a Penn Battalion rod rated 15-25kg, which was a great pairing you could use for jigging, bottom bashing or trolling. With my bait out  I put a couple of party pies in the oven and kicked back to enjoy some much appreciated winter sunshine and beautiful weather.

About 30 minutes later the rod loaded up slowly and then straightened. A slow load up and then the tick, tick, scream of a reel in protest, and I noted a great drag clicker. The big Penn unloaded braid smoothly and steadily as the fish tore off with the current.

Picking up the rod, it was quickly evident that this was no gummy. The silky smooth power of the run and no big tail kicks pointed to a big ray, quickly confirmed as I skull dragged him to boat side. A mental tick of approval to the Battle III, this thing has a long gear ratio just perfect for handing out torque like a land cruiser in low range. 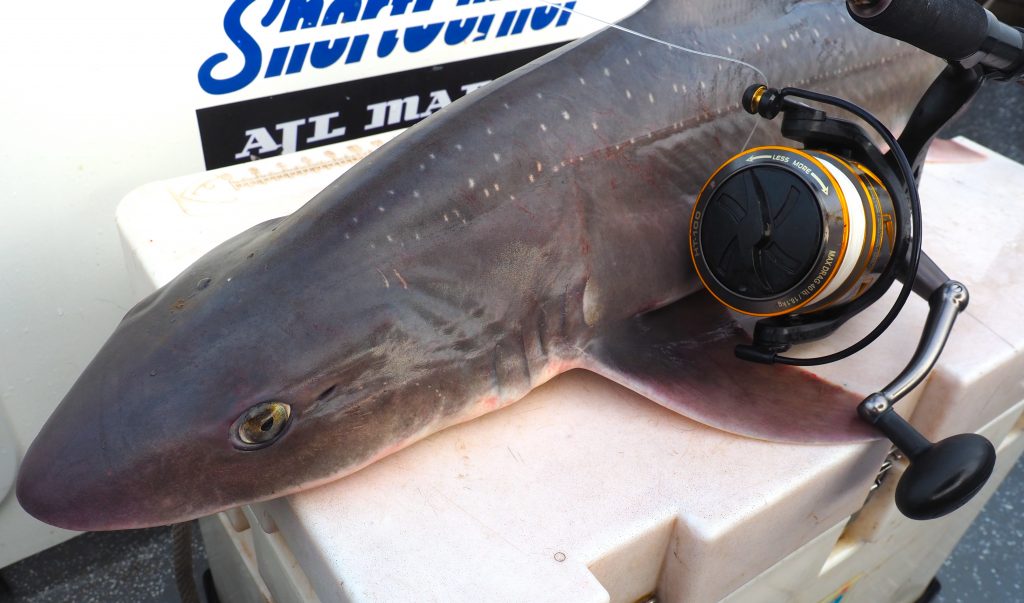 Ray released, and rods reset I put some fresh bait back down and got back to my party pies.

This time I didn’t see any bite, just a reel begrudgingly giving out line. Good time to compare the Penn to a high priced competitor as this time it was on the wrong rod and reel.

After a long tussle it had me wishing i had hooked it on the the Battle III  as a big ugly seven gill came up, all mouth and teeth. Tail slapping the water time and time again it screamed off, until finally allowing me to chop the leader at the hook. Fishing offshore can be a bag of surprises, with makos, kings, snapper and tuna all a chance of appearing at any time. Your gear needs to be able to handle these as sooner or later they will take your bait. 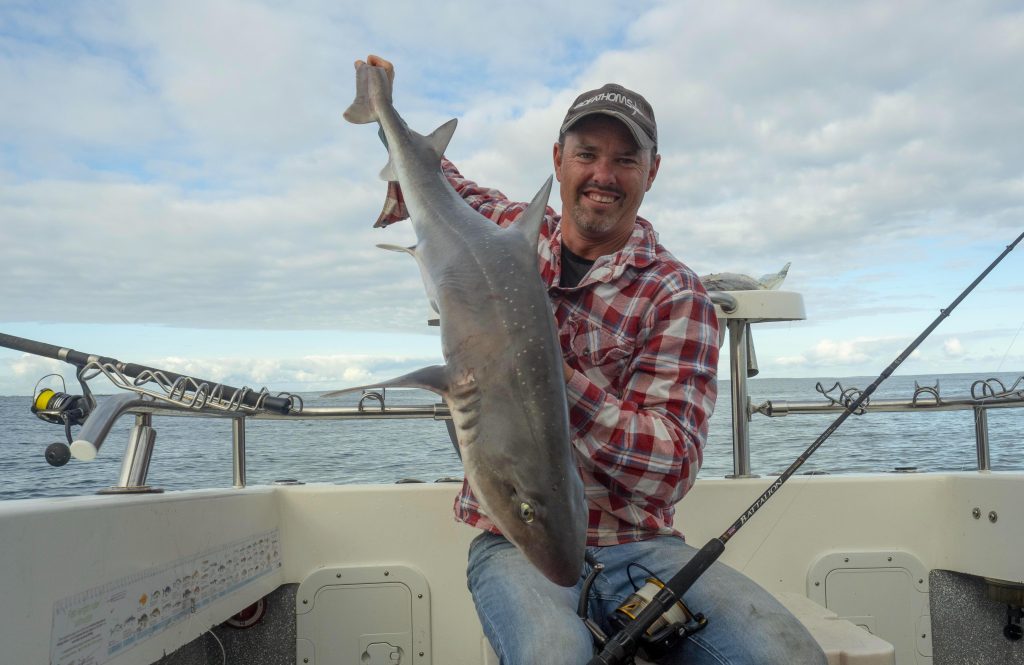 Finally after three or four hours of sitting out the tide, the Penn folded over in the tell tale nod, nod, nod of a gummy. A big screaming run and lots of head shaking and tail kicking ensued. I actually called it as another big seven gill for a short while, but as colour appeared and a cold silver shape circled from under the boat I was smiling ear to ear as a solid gummy slid into the net.

A few more hours of fishing and no more action apart from swell sharks, a couple more seven gill gorillas and some small pinkies gave the big Penn a real work out and happy to say that it performed faultlessly. I’ve since had another two successful trips on the gummy sharks with the Battle III and I cannot fault it.

Single handily the best feature of this reel is the drag, it features a very fine adjustment knob. What I mean is that some reels go from zero drag to full in one turn of the drag knob, the Penn is the opposite which allows you some real fine tuning of the drag as well as the ability to really crank up the pressure. The HT 100 drag system is a mix of stainless and carbon fibre washers and its exceptionally smooth. Using some of my other reels that are more than double the price really highlighted just how smooth the HT 100 drag system is, well done to Penn on this.

The Battle III just feels solid and performs without issue. It has torque in spades with surprisingly smooth gearing under heavy load, an outstanding drag system and at this price point it offers outstanding bang for buck. 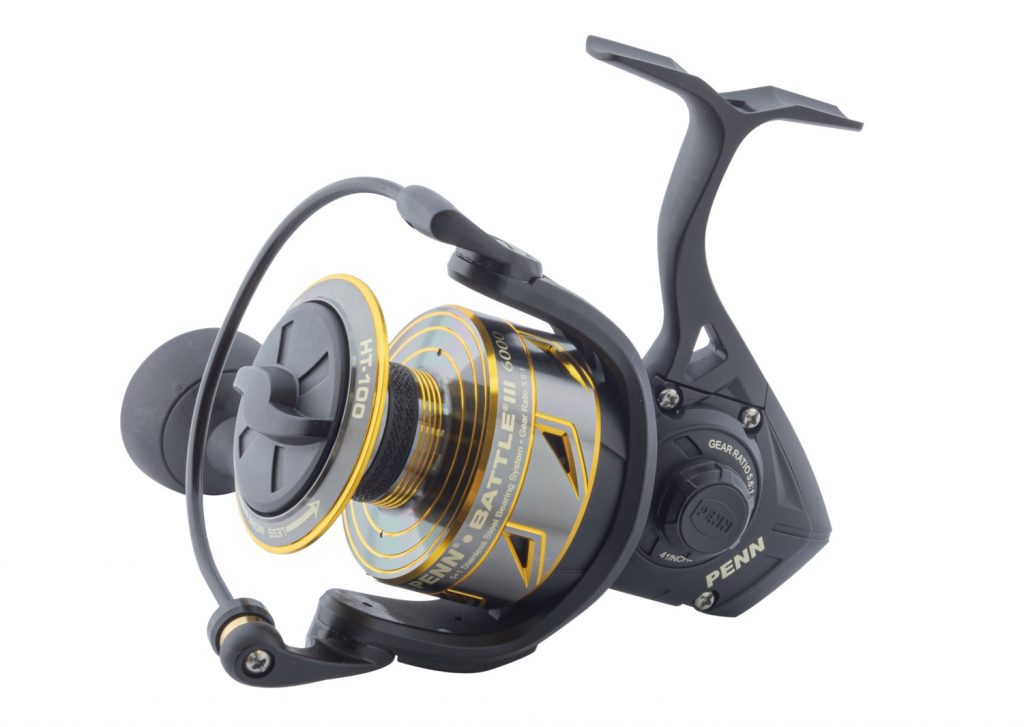