The new Shimano Curado DC 150 was hailed as the reel that would bring the Digital Control system to the masses. Previously the domain of the high-end and mostly JDM range of Shimano reels, the DC technology is now more accessible and affordable than ever. Being the tackle junkie that I am, I previously owned an early generation Shimano Antares DC baitcaster, shipped direct from Japan back in 2006, with its flashy chrome finish. So, I’ve had experience with the DC technology and – suffice to say – it has come a long way. 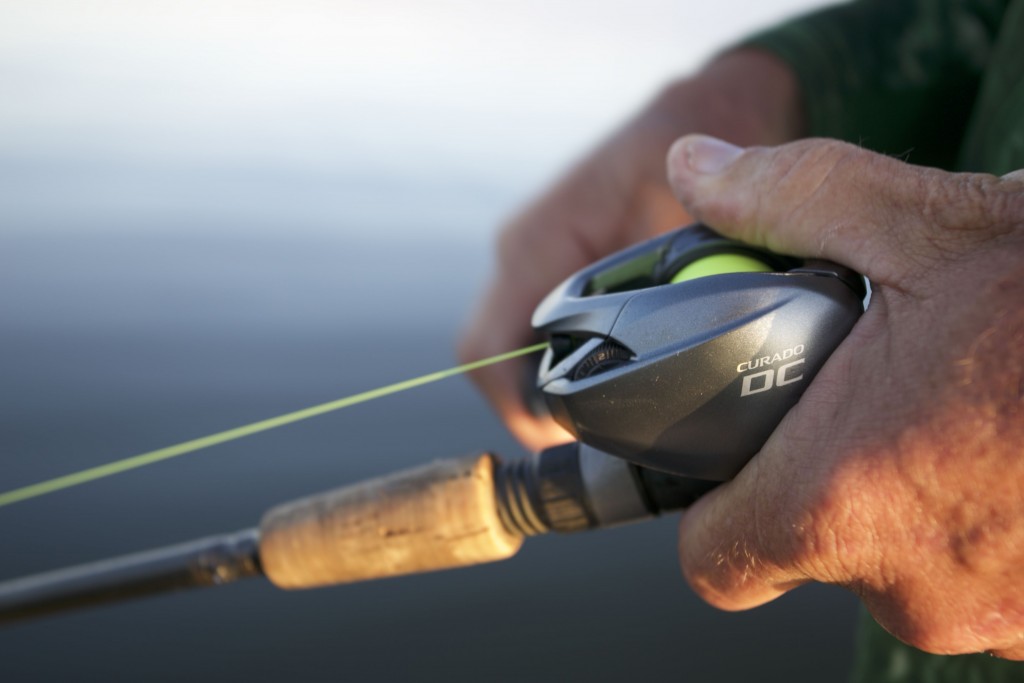 Speaking of the digital technology, a lot of anglers will think the idea of having a bionic cast control system still sounds more like science fiction than fishing. To break it down to its simplest form, the DC requires the interworking of three primary components. A printed circuit board provides a platform for all the components, there is a magnetic braking system and, finally, the microprocessor that controls the entire system. Yes, that does sail over the head of most anglers, myself included, but what it does mean is an internal microcomputer controls the spool rotation. It does this by measuring its speed during a cast and applying the appropriate amount of braking force to prevent backlashes – easy, right?

Fortunately I was lucky enough to get my hands on one of the only remaining Curado DC 150s left in the country and – best of all – I got to test it out on our premier sport fish, the barramundi. Like any angler who gets a new Curado DC 150, the first thing you want to do is cast it and see if it really is backlash-free. Well, we’ve all seen enough YouTube propaganda of blokes casting plugs into walls with no backlash, so I wanted to test it out for myself. Well, it’s safe to say I’m now part of that propaganda push, as I arched my back and gave the reel an almighty whirl for barely any over-run at all. If I was to fling the same cast with a standard Shimano Curado K, I’d have eagles circling, looking to roost in my braided bird’s nest. After interrogating the marketing spin of Shimano, it was now time to get to business and really test the mettle of this new bionic baitcaster on some hard-fighting barra. Unlike my old Antares DC from Japan, the signature high-pitched whine of the DC technology in the new Curado is considerably less audible, too – which I liked. 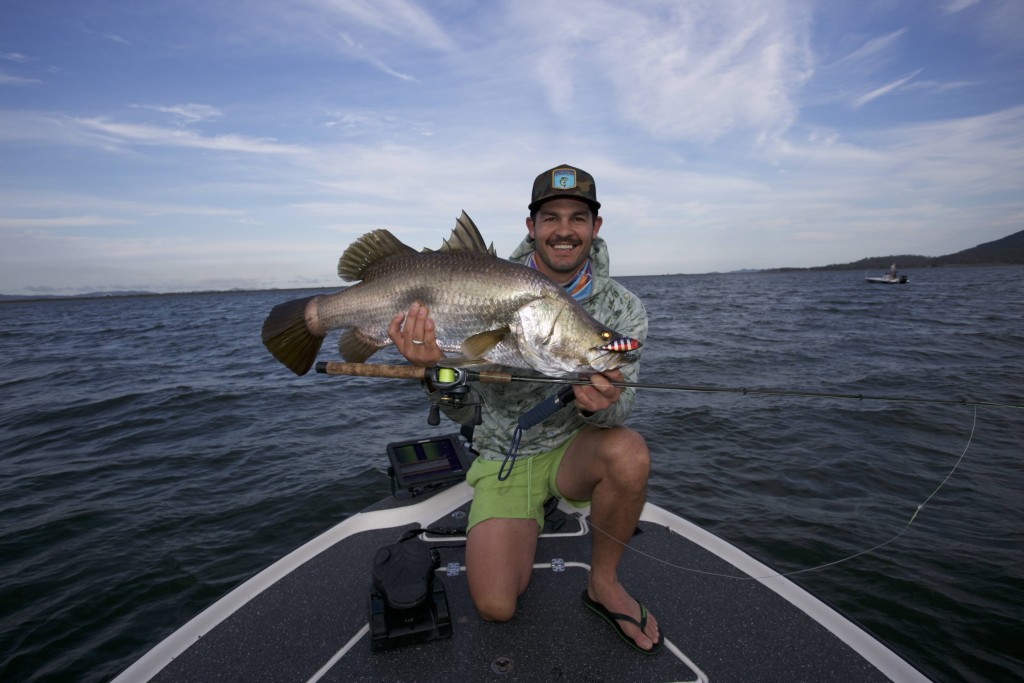 From a drag standpoint it follows suit of most baitcasters in its range, with 5kg of stopping power. The smoothness of a 90% locked drag was tested only 30 minutes into the trip, when an aerobatic 90cm barra got more air than Jordan during the fight. Without a smooth drag in a surface and sub-surface fight, you can easily lose the fish, as barra take any advantage to rip out even deep-set hooks. This was a huge plus in the reel for me, but with a RRP of $450, I wouldn’t expect anything less from the crew at Shimano.

Loading up with a surface frog in the back of a weedy bay I again bent my back and tried to cast all the 40lb braid off the spool. While the first few casts didn’t travel an outrageous distance, I soon backed off the externally accessible cast control mechanism from three to one – its overall range is one (light baits) to four (heavy baits). With the new setting I quickly found my rhythm and was able to cast close to three-quarters of the 40lb/100m capacity off the reel. Just shy of seeing the 10lb mono backing, I was really impressed with the distance the Curado DC 150 was able to achieve. Possibly helping this is its slightly smaller line capacity compared with the Curado K – some 20m less. This is courtesy of the shallow spool, which is required to accommodate the DC unit’s larger diameter magnet arrangement. 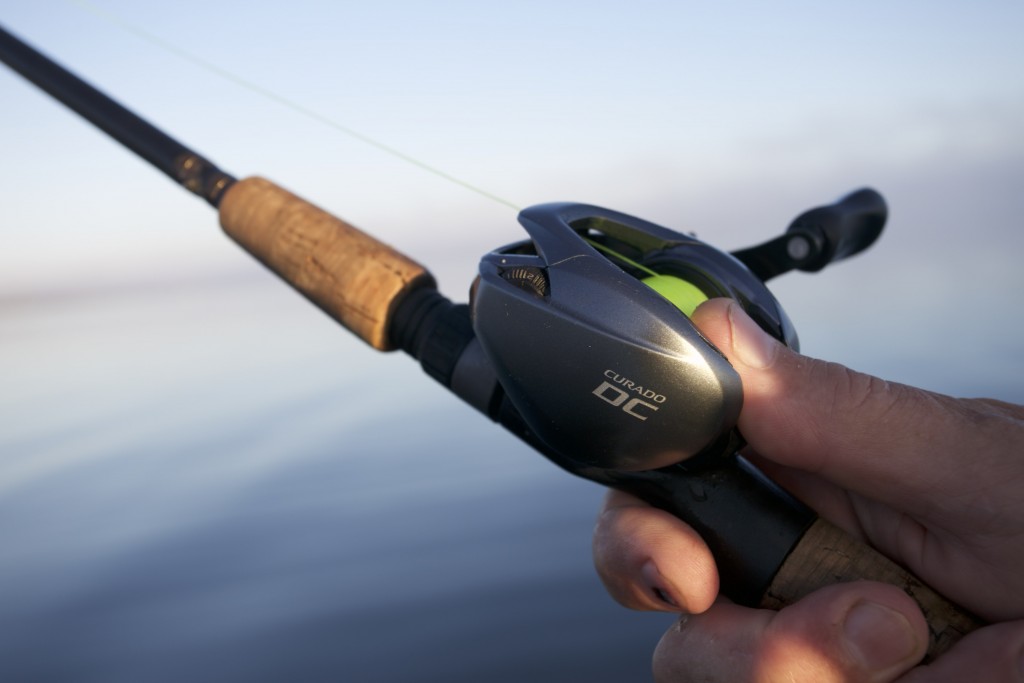 Courtesy of the advanced DC technology, the Curado DC 150 tips the scales at 220g, which is roughly 16% heavier than your standard 185g Chronarch 150G baitcaster. As I was accustomed to using ultra-light baitcasters, I must admit this extra weight took a while for me to get used to. At first I was frustrated, as the balance of my baitcaster combo was all off. But, as I settled into a rhythm and a day’s casting, the extra 35g didn’t prove as much of an issue as I first thought it might.

With the introduction into Australia of the Curado DC 150, Shimano has put the digital cast control technology within the grasp of the mainstream. So, if you have always wanted to try Shimano’s DC technology or you have a habit of getting more bird’s nests than fish, then you should definitely check out the new Shimano Curado DC 150. 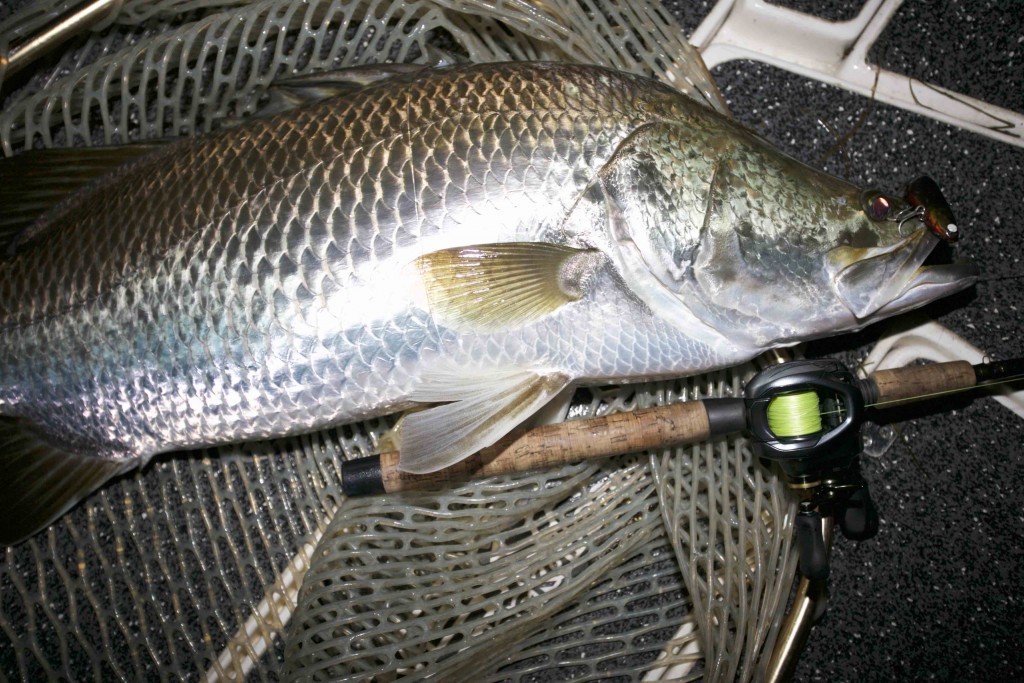