It’s always refreshing to come across new products that have design flair and originality. It gets harder and harder to do every year, but Daiwa has certainly managed something very cool with the new TD Zero, a rod that retails for $299 but presents – both aesthetically and in use – as something with a higher price tag.

The younger generation won’t notice it but the Zero harks back to the much-loved Team Daiwa gear from the early to mid-90s. It’s when I started using Daiwa aged around 12 and taking note of gear and brands and getting excited by them. The Zero features the old-school Team Daiwa logo/font, thick silver binding to secure the guides and finish off the checks, and simple and classy use of black and chrome among the grey EVA. What you’re left with is an ideal mix of  old and new design principles that’s been executed perfectly. It’s original, looks cool and offers a feeling of value as you hand over your hard-earned. 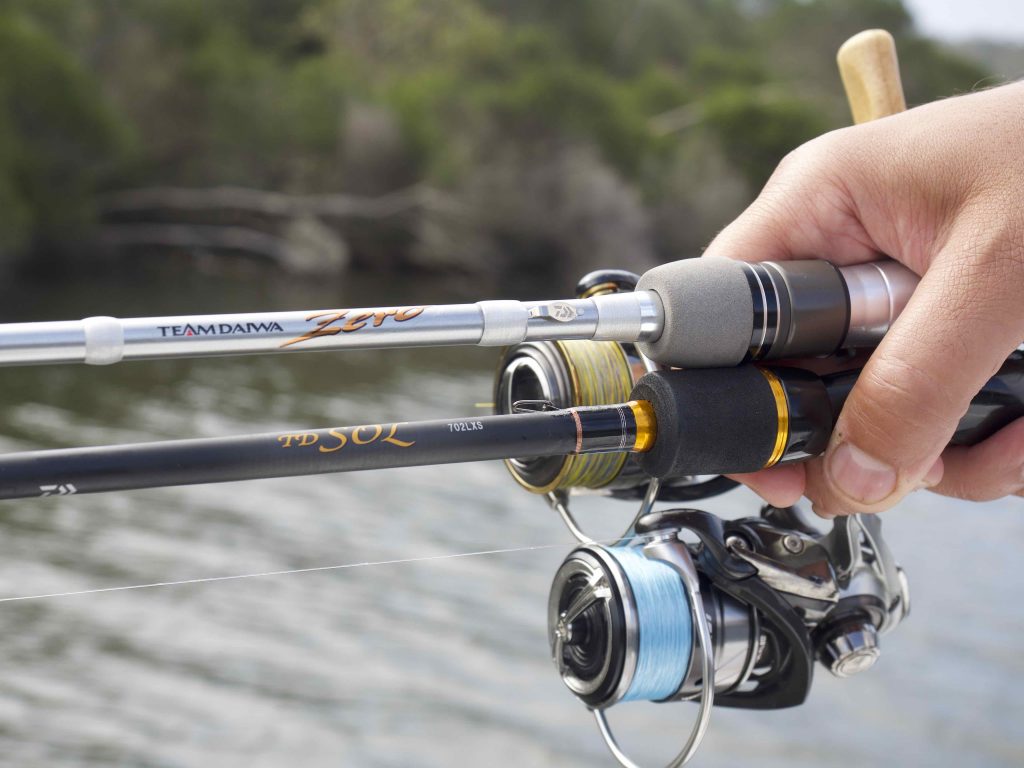 There are nine spin and seven baitcast models that fall within the 1-3kg and 6-12kg range. Daiwa allowed me to choose which model I wanted, and I went with the 692LS as on spec it’s a highly versatile rod. Not too short, not too long, not too heavy, not too light. It’s rated to cast lures 2-10 grams. Essentially this rod can do it all when it comes to light tackle species – trout in streams, bream, perch, flathead, bass, snapper, jacks and yellowbelly.

The handle section has been laid out very well. Again, it’s not too short or too long for any light tackle fishing style and suits various techniques. If you’re jerk-baiting or working surface lures, your index finger rests nicely on the moulded EVA where you’ll be imparting action (as opposed to the reel seat screw) and if you’re crankbaiting or working plastics, the reel seat and lower EVA are ergonomically designed to sit in the hand comfortably for a long day of casting and fighting fish.

The blank is Daiwa’s HVF Nanoplus, a light HVF carbon with nano resin. It keeps the rod light in weight but greatly increases strength and this is further enhanced by X45, a bias wrap construction that eliminates blank twist under heavy load and reduces recoil on the cast. It’s finished with Fuji Titanium frames and SiC guides and a cool little stainless hook-keeper.

I paired the Zero with a Caldia LT 2500, which is a perfect match in both looks, size and weight. I tied on a 5g crankbait and made casts into some thick overhanging shrubs and fallen trees that I could see on my Side Imaging were holding some healthy numbers of bream. From the first cast I instantly loved its casting accuracy. The blank has minimal recoil and sends the lure where you want it to go. It’s not a rod that needs time for you to get used to it, it does what it’s told. This isn’t a noodly rod, and while I don’t like using the word crisp, I know many identify with it when describing rods. So, yes, it is crisp and highly sensitive.

The 692 has a fast action that allowed me to quickly set the hooks, put the brakes on what were decent bream, turn their heads and pull them out. It can easily handle larger fish and could comfortably land big flathead or snapper to 2kg.

After I caught a few fish I wanted to see how versatile it was when it came to casting lighter lures and it does very well with plastics with a 1/12th jig head. I also tied on a few different surface lures and jerkbaits and the retrieve action lends itself well to this style of lure.

This is a very cool rod from its aesthetics through to its features and design, and its best attribute is its versatility. If you’re an angler on a budget who loves light-tackle angling, I recommend spending the $299 on this one rod over two differing rods of lesser value. There isn’t a lot it can’t do aside from casting super-light offerings long distance into the wind or over the flats, but if that’s the kind of rod you’re looking for, there are two models in the Zero range that are perfect for that. 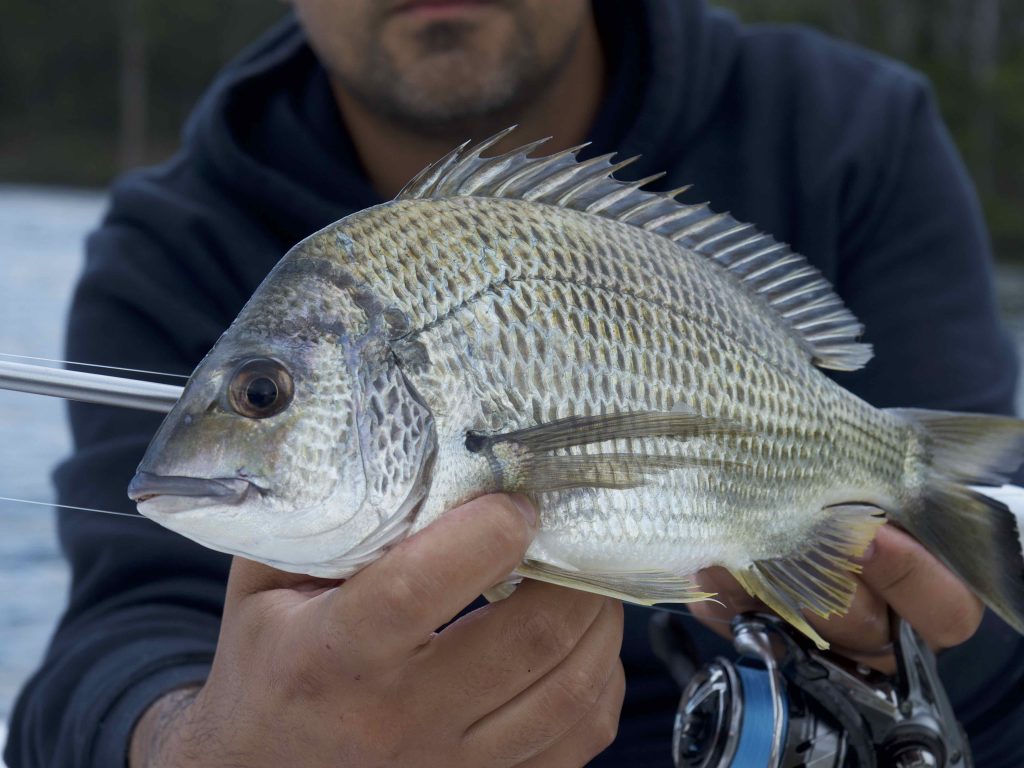