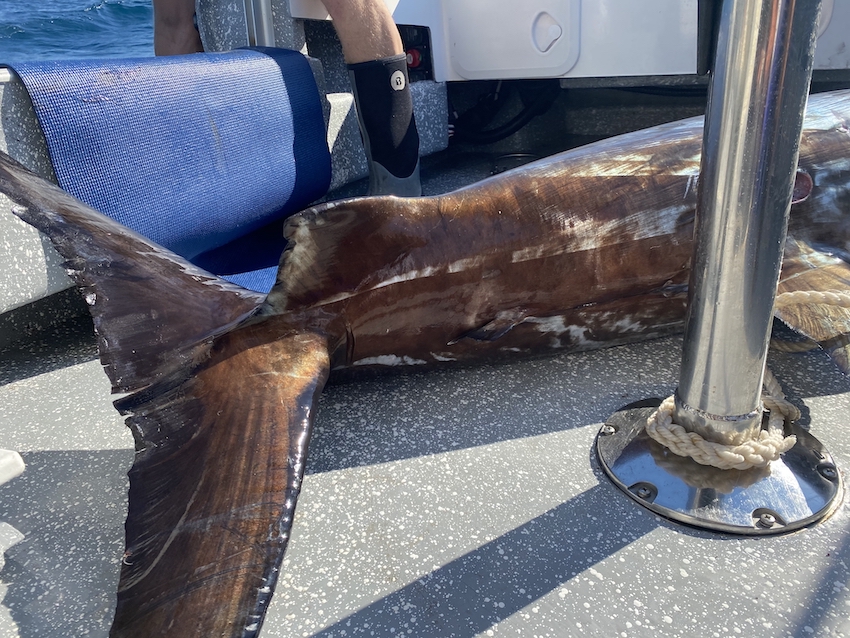 The summer holidays of 2020-21 were cut short by Covid, similar to the bushfires of 2019.  Like a lot of my fishing friends, we found ourselves evacuating NSW with the imminent threat of border closures. With that, Daniel Riosa, Anthony Canulli and I had our plans for an early start to the marlin season crushed as we were unable to cross state lines. Luckily the weather pattern off Lakes Entrance looked perfect and, being within our permissible distance of travel, a sword mission was quickly hatched.

The season for Victorian swordfish is generally believed to be autumn/winter, largely due to the concentrated efforts of a handful of anglers who regularly pursue the broadbill. But at a time when most of us are concentrating on tagging marlin, the idea of summer swords and fishing in warm weather and shorts would be a new experience much preferable to the cold mornings of winter.

Within 24 hours of our first group texts, Daniel’s 6m Bass Strait was slipping off the trailer at 4am loaded with squid baits. As usual the 80km run out to the grounds was broken up only by the sight of the gas rigs and endless pods of feeding dolphins. After a two-hour trip Daniel eased the throttles back over a deep sea canyon that we were all eager to try. Unfortunately, the images bouncing back on Daniel’s Furuno were less than inspiring and a couple of half-hearted drops later we made the decision to run the extra 10km to other grounds. 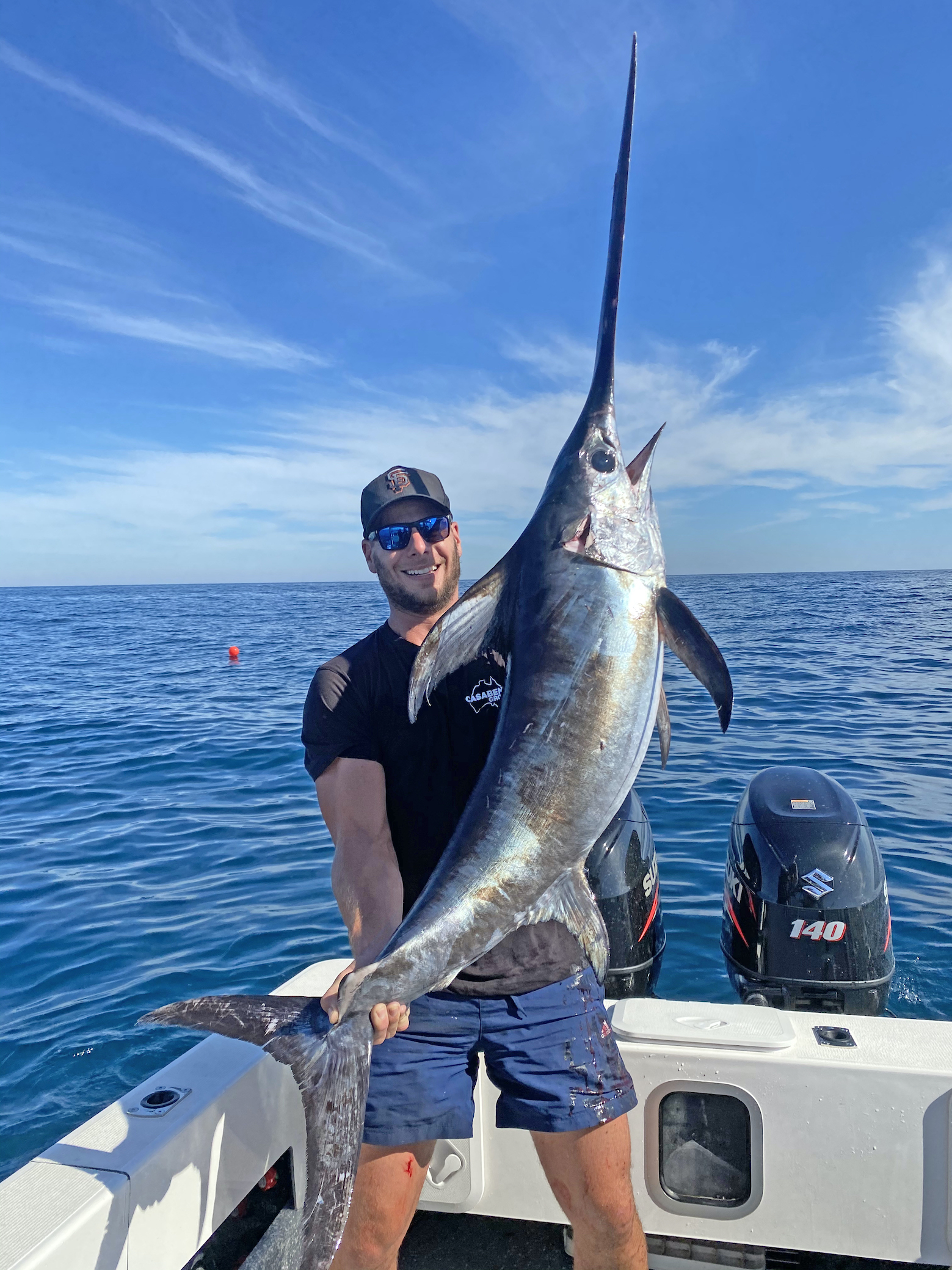 This time the 82B-35R transducer was reading a double feed layer, one hard to the bottom and the other 100m up. As the first bait hit the bottom we switched modes into what I have affectionately coined ‘fishin’ hard’. This entails basically doing nothing but staring at the rod tip waiting for the slightest movement indicating that a predator has found our bait. Moments later a very aggressive bounce of the rod indicated we had been hit by a sword.  As I turned towards Daniel at the helm I couldn’t even get the words out of my mouth and he had the boat backing down and feeding the squid to the fish. The sword clearly had the bait and continued to pull line from the reel. Dan and I switched positions and he grabbed the rod, pushed the lever all the way up to strike and leant back as I motored forward to help sink the J hooks. Similar to all the swords we have hooked, the fish began to swim for the surface. Dan was now comfortably in the Black Magic harness and furiously winding the belly out of the line as the fish charged towards the surface and jumped out of the water, swinging its magnificent bill three times mid-air. I quickly thrust the boat forward to help Daniel maintain hook pressure as the sword jumped five more times across the surface towards the boat. This is the first time I have seen a sword behave like this and it’s much more impressive than a marlin. It’s somewhat similar to an angry mako with its more fight than flight characteristics. After this incredible aerial display the sword decided to descend back to the bottom. With little else to do but wait, Daniel leant back and waited for the sword to stop. After a run of almost 300 metres pulling a constant 15kg of drag, the fish levelled out and changed direction back to the shelf edge. Forty minutes later, and much to our horror, was the distinct rod slip as the hooks let go and relodged somewhere else. To Daniel’s credit – and his fishing experience – he demonstrated perfect technique using the harness as a lever to lift and wind the fish while maintaining equal pressure throughout every stroke. Over the next 20 minutes, with each revolution of the Talica reel handle, Daniel edged the sword back to the surface. Luckily in this instance the fish was hooked up to my custom-built genuine 37kg Seeker sword rod and with 18kg of drag now applied in a vertical up-down fight, the rod still had more arch available before it would bottom out.

As the last of the braid came over the guides and 37kg mono top shot followed, Anthony and I switched roles as I went to prep the gaffs. Of all aspects of game fishing, nothing gives me more of a rush than sinking 12-inch gaffs into big fish boatside. Daniel was now in the final stages of the fight and we could see the first of the lights appearing from the depths. One light… two lights… leader connection – and there she was, 140kg of beautiful broadbill swordfish just under the boat.  Daniel unclipped his harness, then took two steps back as I reached out and sank the first gaff just behind the dorsal. Job done, followed by high fives and ‘hell yeahs’! 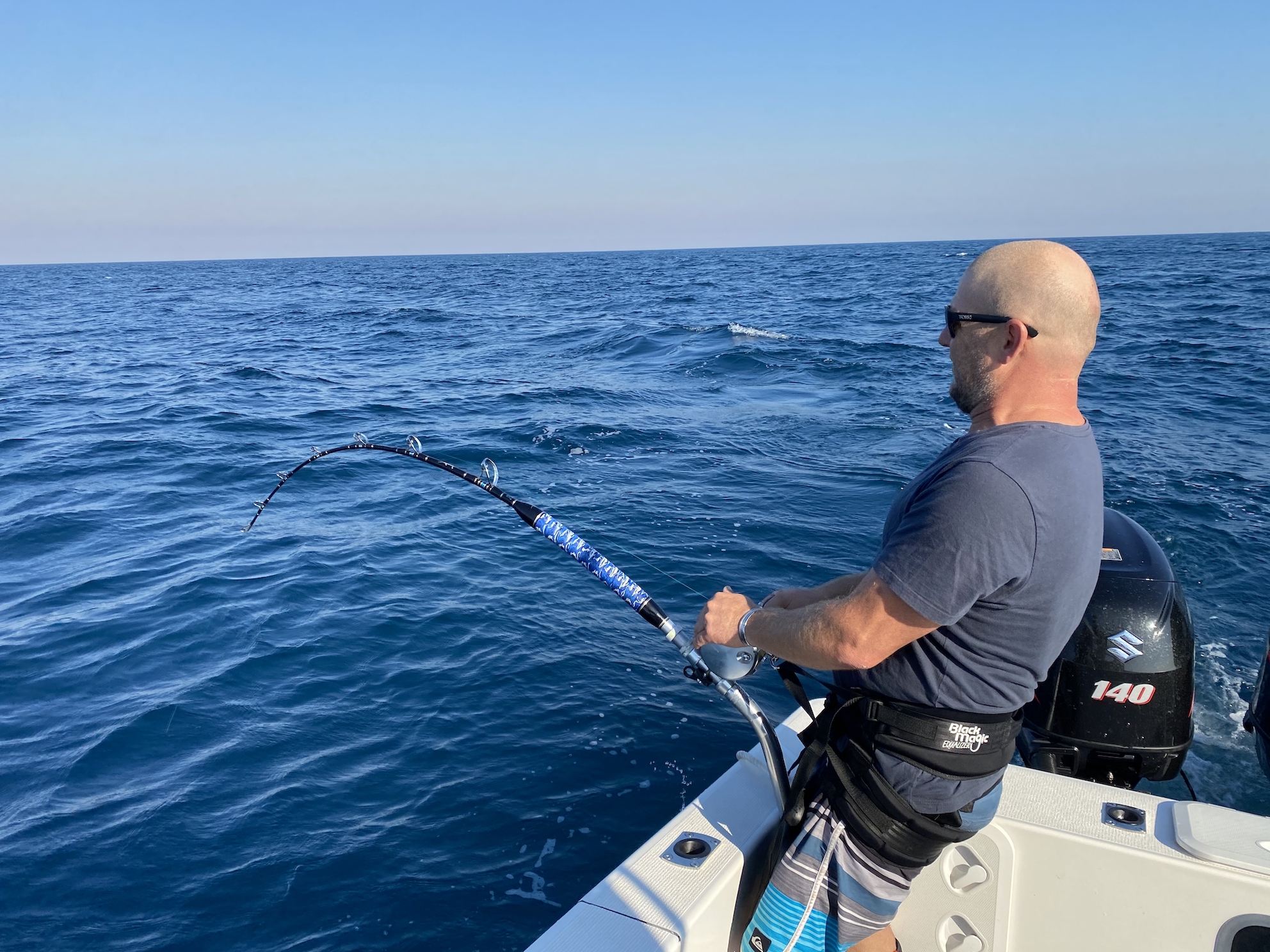 Like all types of fishing the best opportunity of catching another fish is immediately after the last. This concept is not new to the three of us as we quickly set up to do another drop. Well, this brick didn’t even make it to the bottom before a hungry little sword of 60kg smashed into the bait and tangled itself up in the leader and we were on again. Anthony made quick work of this one and we now had two swords on the deck. These two fish may be a game changer for us and next summer could see us spending a little more time concentrating on chasing swords in shorts.

Fast-forward a few months and we again found ourself on another sword mission, this time fishing on Shake’n’Bake with captain Joel Ryan. We boated another two swords over two days’ fishing. Having now successfully landed swords in three of our four sessions, the question beckons: is this a year-round fishery? 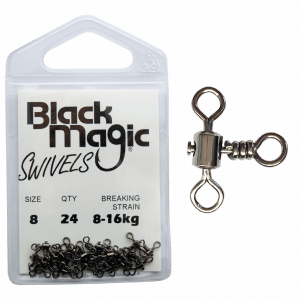 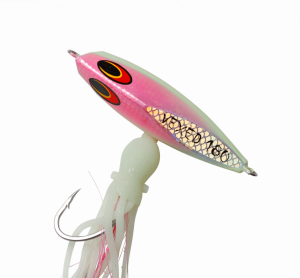